Ten months after arriving in Hong Kong and completing some beginner’s lessons in the Cantonese language, I was assigned to teach English and religion at the Maryknoll Fathers’ School in Kowloon Tsai. In its primary and secondary sections there were 1,500 pupils. Most of them were non-Catholic children from the refugee squatter huts in the neighborhood. I lived at St. Peter in Chains Church just across the way. Outside of the church, there was an open veranda where local youngsters liked to play. After classes, I would meet them to practice my faltering Cantonese.

One day while walking down the street in João Pessoa, a northeastern coastal city of Brazil, I saw a man sitting on the sidewalk who appeared to be homeless and living on the streets. I had a pretty good hunch that he was going to ask me for a handout and knowing I had nothing to give him that day, I tried to look in the other direction as I approached. When I got near to where he was sitting, I was surprised to hear him call to me. “Hey, woman! Look at me!” he called out to me. “I’m not going to ask you for anything. I just want to see your beautiful face.”

As I turned to look at him, his face broke out into such a beautiful smile that I could not help but think of Jesus.

In the Nyashana suburb of Mwanza, Tanzania, most families live without running water and electricity. The Jesuit-founded Lubango Centre, where I serve with the Maryknoll Lay Missioners, was created to address the local poverty by offering equal opportunities to women and children in the areas of life skills and education. The building complex is beautiful and the children who attend classes there are well-dressed in school uniforms. However, the stress of living in the area, where the need for food, water, shelter and sanitation are primary, makes it hard for children to learn and develop the confidence to break the cycle of poverty.

One day, I had some old loaves of bread that I was going to throw out but decided instead to toss to the birds on my way to Lubango Centre.

Some of the children come early to school and I walk with them before the 8 a.m. start of classes. When these children saw the old bread I was about to toss, their eyes lit up, and in a flash the bread was gone. They all took two pieces each. Here I was going to throw it to the birds and the children just gobbled it up.

Because the children have smiles on their faces and nice uniforms, you can’t tell how poor or hungry they are.

I was a Maryknoll lay missioner in East Africa working in support of a small legal project that assisted poor Kenyans in securing their basic human and legal rights, especially land rights. One day, I stopped by the legal project office and noticed one of their administrative assistants, an attractive and sophisticated young Kenyan woman, wearing a hijab, a scarf she wore loosely over her head. Since I had not seen her wear it before, I asked her about it. She smiled and replied, “I’m wearing this as a sign of my hope that I can overcome my own selfishness and pride.” She explained that these faults were keeping her from experiencing God’s love and if she couldn’t submit to God’s love, how could she share it with others? “This struggle against selfishness and pride is what we Muslims call jihad,” she said.

Being at home in mission

WITH JESUS ON THE MARGINS 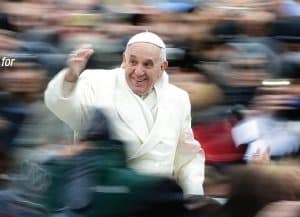 Being at home in mission

Recently I had the privilege of accompanying a group of deacons, their wives, a Maryknoll benefactor and a retired bishop...

May 2, 2014
Copyright 2020 Maryknoll Fathers and Brothers. All Right Reserved.
Back to top