In a visit to Harlem, Pope Francis gives hope to an immigrant youth soccer team

When Pope Francis paid a visit to the immigrants and students gathered at Our Lady Queen of Angels School in Harlem this past September, an unplanned and little noticed thing occurred. Amid the cameras and throngs, Edenilson Membreño, a shy 16-year-old from El Salvador, quietly handed the pope a letter.

Membreño is one of more than 30 immigrant youth who fled their native countries and now play for La Union, a soccer team for recently arrived immigrant and refugee youth that forms part of the South Bronx United soccer league in New York. When 11 of La Union’s soccer players were allowed to be present for the pope’s visit in Harlem, they made the most of it.

Membreño had written the letter for the pope at the insistence of his grandma. Since he was 8, it was his grandmother who had raised him in La Libertad, El Salvador, teaching him to pray the rosary. His grandma’s prayer of blessing was the last thing he remembers before leaving her and his country, and fleeing the violence of El Salvador last year with his then 13-year-old sister. “It’s so bad now, the dead no longer fit in the cemeteries,” he said. 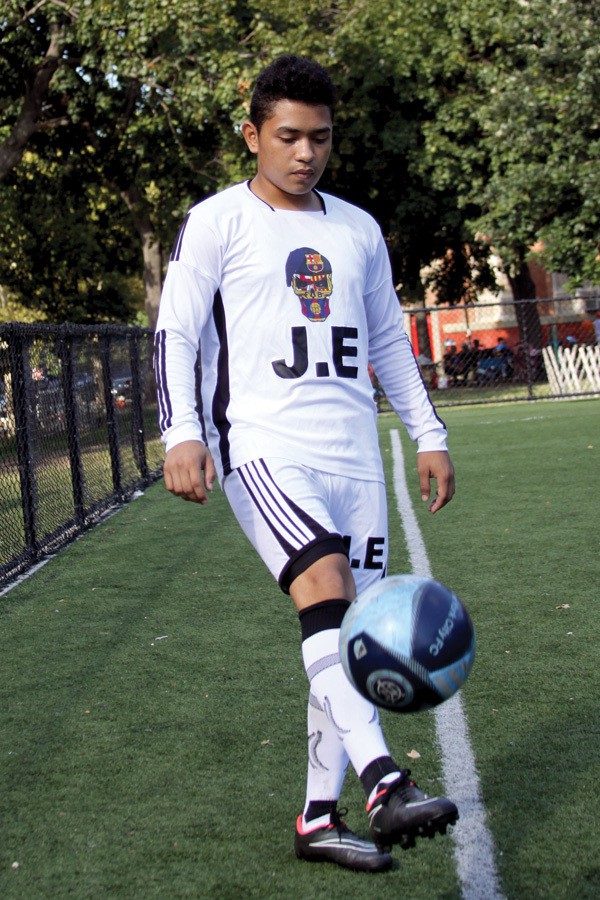 In New York, he and his sister were reunited with their mother, whom they hadn’t seen in 10 years. When his grandma in El Salvador learned he would be one of the fortunate 11 immigrant youth to meet the pope in Harlem, she was beside herself with joy. The letter Membreño’s grandma asked him to write, in his own words, told the pope of the violence he had witnessed and asked the pope to pray for the peace of El Salvador and the struggling peoples throughout Central America.

Ariel Mejía, 18, was chosen to present the pope with gifts from their soccer team “because I’m the most courageous,” he says. As he and fellow team members gave the pope a light blue soccer ball signed by the entire La Union team and a white soccer jersey with ‘Pope Francis, 1’ on it, Mejía, enjoying the moment, even did a few tricks displaying his soccer skills for the pope.

Mejía, from Honduras, is currently in immigration court proceedings that will decide whether he receives a conditional visa that allows him to stay with his mother, who lives in New York. He says of his reunion with his mother, “I cried way too much. To see her again after 11 years without her, it was a lot for me. I never want to be apart from her again.” 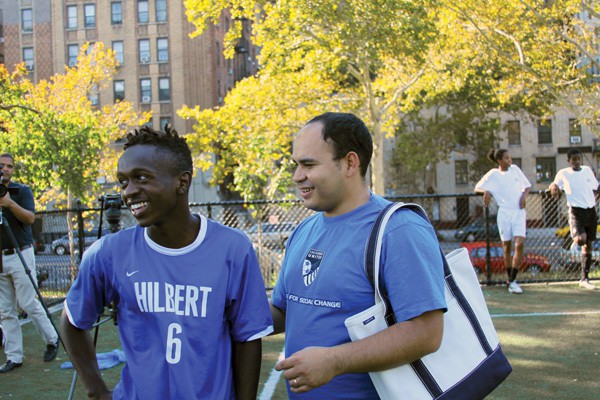 Though these youth shine for the cameras and on the soccer field, they are dealing with trauma and uncertainties that most U.S. youth playing team sports will never experience. It was a fellow refugee from Honduras, Elvis Garcia Callejas, who through Catholic Charities founded the La Union soccer team in March 2014.

Callejas was at the meeting with the pope as well. “We never imagined that we would have the opportunity to be in the same room with him,” said Callejas. “It’s an energy that one can’t describe, an energy that gave hope, that gave grace to the most vulnerable and poor, to all of us immigrants, who are often marginalized.”

Callejas fled to the United States in 2005 at age 15, braving the dangerous journey alone and leaving behind a painful past that he still can’t discuss. “I didn’t have family here, or anyone to receive me,” he recalls. He spent one year in detention in El Paso, Texas, until the Tobins, a Catholic family from Chicago, adopted him.

With their support, Callejas eventually entered university studies, where he majored in international development and sociology. When he took a job as a child migration specialist at Catholic Charities in New York, he recalled how much soccer had helped him make the transition of adjusting to his new country. “I had to keep my grades up to be able to play soccer in high school, so it helped me a lot,” he says, and he went on to play soccer for his university. 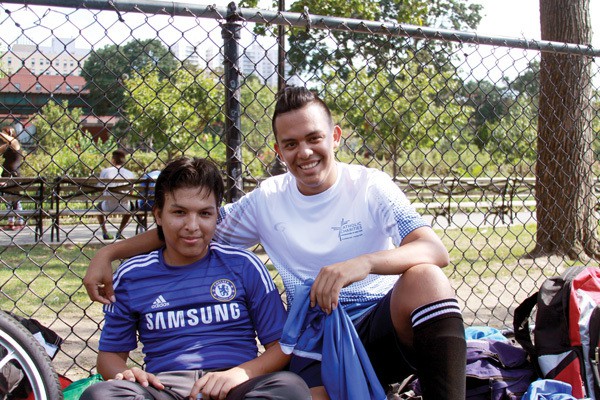 Most Saturdays, Callejas can be found in the shade of Yankee Stadium, coaching youth from La Union—both physically and emotionally—on an artificial turf soccer field. “Many of these kids found themselves forced to leave their country or die,” says Callejas. “Soccer is something these kids understand, in a country where nothing else looks familiar. On the field they can forget about the problems they’re going through. They can be themselves without being judged.”

Catholic Charities of New York employs seven child migration specialists and seven pro bono immigration attorneys who specialize in representing youth in immigration courts. They had their hands full in fiscal year 2014 when, according to U.S. Customs & Border Protection, 68,541 Hispanic immigrant youth traveling on their own seeking asylum and sanctuary were taken into U.S. custody.

This past year, fiscal year 2015, saw 39,970 unaccompanied youth taken into border patrol custody, a drop of 42 percent. The decline, however, was not due to improved conditions in their home countries but to U.S. government aid given to Mexico, El Salvador, Guatemala and Honduras to shore up their detection, detention and deportation of migrants.

As the refugee situation across the world continues to escalate, Pope Francis has been on the vanguard of pleading for communities and religious institutions to open their hearts and doors to them. (See World Watch: Responding to migrants.)

In Harlem when Pope Francis spoke to the 11 newly arrived immigrant youth who are members of La Union soccer team and the other youth and adult immigrants gathered at Our Lady Queen of Angels School, he tried to give them hope: “Although at times we dream of our homelands, we meet good people who make us feel at home,” he said. “Dear children, you have a right to dream … Wherever there are dreams, there is joy.”

The soy saint of El Salvador 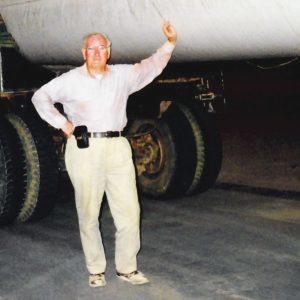 Maryknoll Father works to create capitalism with a conscience || Constructing the Kingdom of God here on earth takes...