As National Bequest Representative for the Maryknoll Fathers and Brothers, I have been in contact with Carol Cella for many years. Finally last January I had the privilege of meeting Carol and her husband Mario face-to-face in their lovely Delray Beach, Fla., home.

Carol, a lifelong Partner in Mission, is the third generation of family members who have loved and supported the Maryknoll Fathers and Brothers. She told me that her maternal grandmother, Mildred Neves, started the tradition.

Mildred was born in Brooklyn, N.Y., in 1889, the daughter of immigrant parents from Naples, Italy. Mildred felt so blessed being in the United States, “the land of opportunity,” her granddaughter told me. “Since hearing about Maryknoll’s beginnings in 1911, she wanted to share from what little she had with others around the world,” said Carol, recalling her grandmother’s mission spirit. “She started to support Maryknoll on a monthly basis by mailing coins taped to a piece of paper.” As the years passed, Carol explained, the postman would not allow any more coins in the envelopes, so Carol would go with her nana to the bank to pick up one or two crisp, new dollar bills destined for the Maryknoll Society.

Carol says her grandmother was an important part of her life for as long as she can remember. When Carol’s parents married in 1938, her grandmother moved into their two-bedroom flat in Cambridge, Mass. Carol says Mildred was always there for her, teaching her to pray daily for Maryknoll missioners and asking God’s blessings on all the good work they did to share God’s love and help the poorest people throughout the world.

Carol said, “I remember Nana telling me that during World War II it was a difficult time for everyone, but, she said, ‘Even with our Food Ration Book, we still had a little extra to mail to Maryknoll.’ ”

Carol and her sister Sandra shared a wonderful childhood memory of Nana reading them bedtime stories from The Field Afar, forerunner of Maryknoll magazine. “We didn’t hear about Snow White or The Three Little Pigs,” recalled Carol. “We learned about charity and giving to others as these stories of the Maryknoll Fathers and Brothers working with the poor throughout the world were read to us. The lesson we were taught and which has been carried down with us all of our lives is to love others, to share what we have with other people and to give of ourselves no matter how small.”

That lesson was reinforced by Carol’s mother, Mary Abbadessa, Mildred’s only child with whom she also shared her love of Maryknoll. “Nana lived to be 89 years old and my mother lived to be 87, and they supported the Maryknoll Fathers and Brothers until they passed on,” says Carol.

Carol is now 75 and says she too will support the Maryknoll Fathers and Brothers for the rest of her life. However, rather than having her support end with her death, she will continue to assist Maryknoll’s ministries through her bequest to the mission society in her will.

“Everyone should think about what they have in life, be thankful and share with the less fortunate,” says Carol. “Just a little can go such a long way.”
Reflecting on her own family history, she marvels, “To think that this love of Maryknoll started from small coins and has lasted through three generations.”

Richard McGee
Richard McGee, a member of the Maryknoll Fathers and Brothers’ Gift Planning Department, introduces a Partner in Mission from Florida with deep Maryknoll roots. 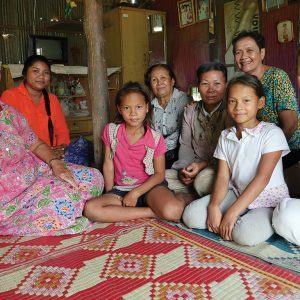 GO FOR IT! I was a seminarian and a priest in the diocese of Syracuse, N.Y., with Father Michael Bassano, and to see him in the pages...

Jul 1, 2016
Copyright 2020 Maryknoll Fathers and Brothers. All Right Reserved.
Back to top