Restorative justice process enables offenders and their victims to heal

In one of the poorest and most violent neighborhoods in São Paulo, Brazil, Raquel (not her real name), a teacher, was the victim of an armed assault and carjacking. After filing a police report, she heard that the adolescent perpetrators were in custody and later sent to a juvenile detention center. “But I felt no peace,” says Raquel. “I wanted to know why this happened to me.”

Years later, Victor (not his real name), one of her assailants, re-encountered Raquel and fled, fearing she would recognize him.

Victor’s probation counselor asked Victor to imagine how the victim might have felt if she had seen him. Victor recalled how Raquel trembled the day he assaulted her. The counselor probed: “If you could talk to her now, what would you say?”

“I would say I was sorry,” Victor replied. The counselor invited Victor to write a letter to Raquel, sharing his feelings and asking how he could repair the harm he had caused.
That led Victor and Raquel to the Popular Education and Human Rights Center in São Paulo, where another facilitator and I began with them a restorative justice process, which includes a face-to-face meeting of offender, victim and community support members. 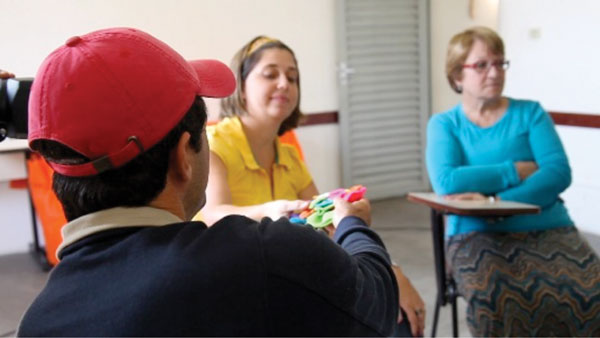 The day of the meeting, Victor arrived with two staff members from the probation center. Raquel brought members of her family and her school director. The conference began with Victor admitting his responsibility for the crime. With quivering lips and fidgeting hands, he said the robbery was “not planned,” that he had met with a friend “to hang out” and came upon the teacher parking her car. He said he remembered her fear and wanted to repair the harm he had done.

Raquel recalled the terror she felt when she saw her assailant’s gun. She said she was still angry and nervous. “I wanted to meet you to find out why you chose me as your victim,” she told Victor. She explained that at the time of the crime, she was going through an extremely difficult personal problem. In addition, that day because of the assault, she was unable to participate in the special school activities she had prepared for her hearing and visually impaired students.

Then Raquel’s family shared their feelings of fear, anger and frustration over the crime. Victor was visibly shaken by the impact his action had on so many people.

At one point, Raquel asked that Victor talk about his life and his time in the detention center. She wanted to know why no family members were present with him. Victor said his mother had mental health problems and sometimes disappeared for days and that he was responsible for his younger brothers. His mother did not have money to visit him while he was in detention, he said, and the only people he knew to accompany him to the conference were staff members from the probation center.

As the conference continued, we asked Raquel, “What do you think needs to happen to repair the harm?” Together she, Victor and the members of the community came up with a plan of reparation that included Victor using his artistic talents to give art workshops to Raquel’s students. He would also paint the school as well as return to school himself.

In the final moments of the conference, Raquel asked to speak. “I feel so relieved,” she said. “I am a different person now than I was before the conference. A weight has been lifted. I believe in change. All of us make mistakes.”
Turning to Victor, she said, “You have your whole life in front of you. Everything is resolved between us. I have overcome this trauma today. You suffered in the detention center faraway from your family and in a system that only punishes and rarely rehabilitates. I want to ask you to return to your studies, look for work and go forward with your life. It would be good if your mother were here so she could be proud of you, of your courage to come here personally to ask for forgiveness. Your courage brought me here today. I invite you to register at our school. I would love to be your teacher, and the director and I will support you.” 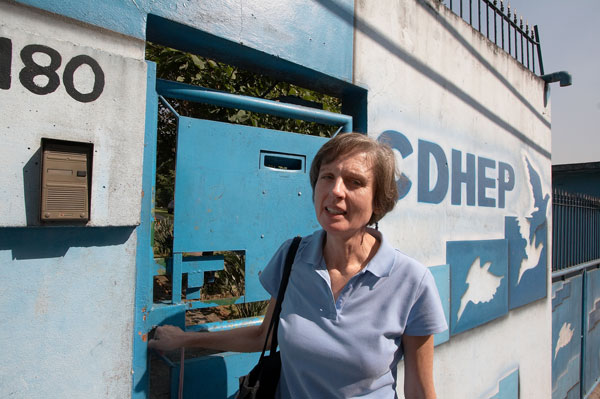 Joanne Blaney outside the Popular Education and Human Rights Center.

The director of the school followed up: “This circle today has been a wonderful process of overcoming violence. It has been a transformative process for all of us and a positive step for change.”

I have seen the transformative power of restorative justice whether in cases of bullying, the death of a child at a school or prison conflicts. Truth, individual and collective responsibility, repair of harm and reintegration are key elements to the process.

Research consistently shows that victims benefit greatly from restorative justice procedures. Telling their story to the person who caused the harm is very healing. Many times, they and their family members want answers to questions that have been haunting them. In the process of meeting, anger turns into compassion. Research also shows that most offenders do not return to crime after a restorative justice process as compared to current retributive procedures that indicate a 66 percent to 70 percent recidivism rate in the United States.

Pope Francis exhorts us: “Each one of us is an artisan of peace by uniting and not dividing, by extinguishing hatred and not holding onto it, by opening paths to dialogue and not by constructing walls!”

May we rise to the challenge!

Joanne Blaney, a Maryknoll lay missioner from Philadelphia, Pa., is currently director of Maryknoll Lay Missioners (MKLM) Mission Services Department. She served with Maryknoll Lay Missioners in Brazil for 18 years, most recently at the Popular Education and Human Rights Center in São Paulo, where she trained community leaders in violence prevention and restorative justice practices. She has made presentations on restorative justice in Northern Ireland, the United States, Australia and Brazil.

Joanne Blaney
Joanne Blaney, a Maryknoll lay missioner from Philadelphia, Pa., is currently director of Maryknoll Lay Missioners (MKLM) Mission Services Department. She served with Maryknoll Lay Missioners in Brazil for 18 years, most recently at the Popular Education and Human Rights Center in São Paulo, where she trained community leaders in violence prevention and restorative justice practices. She has made presentations on restorative justice in Northern Ireland, the United States, Australia and Brazil. 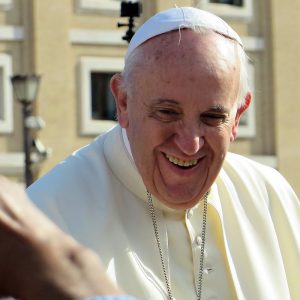