Catholic peacemakers from around the world gather to share stories of their efforts.

Pope Francis has described this moment in history as “a world war in installments.” As the Global Peace Index for 2016 reports, terrorism is at an all-time high, combat deaths are the highest in 25 years, and the number of refugees and people displaced by violence has reached a crisis level not seen in 60 years.

How do we build peace?

Last April, Maryknoll helped organize a conference in Rome called “Nonviolence and Just Peace” to bring together and learn from leading Catholic peacemakers from around the world. The conference was sponsored by the Pontifical Council for Justice and Peace and Pax Christi International. As director of the Maryknoll Office for Global Concerns, I helped plan the conference along with our former director, Marie Dennis, the co-president of Pax Christi International. 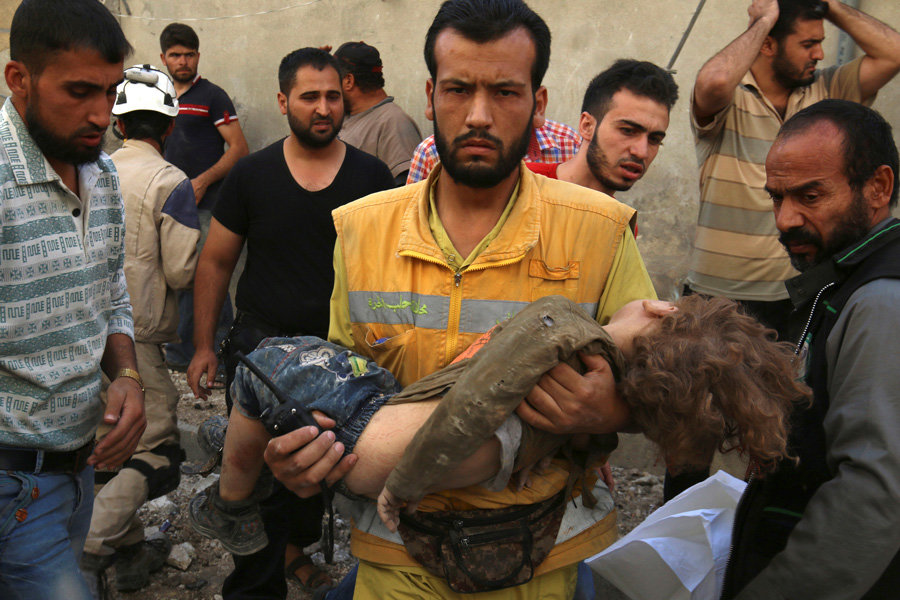 In Rome, I joined 82 religious and lay leaders, priests and bishops from 31 different countries— including some current and returned Maryknoll missioners—who gathered to offer their personal experiences in practicing active nonviolence, often in places of war and extreme violence, and often through years of suffering. I heard stories of incredible courage and deep spirituality. In a personal message, Pope Francis encouraged us, recognizing that “it is truly a formidable undertaking to work for peace by living the practice of nonviolence.”

The conference was designed to allow participants to share their stories. Whether it was a sister ministering in Islamic-State-controlled territory in Iraq, a bishop leading the Church in war-ravaged South Sudan or a lay missioner teaching conflict resolution skills and trauma healing in Afghanistan, all spoke of the power of nonviolence—of love in action. Each person described nonviolence in terms of efforts to create a space where dialogue and reconciliation can occur, while acting to prevent, defuse and heal the damage of violent conflict. 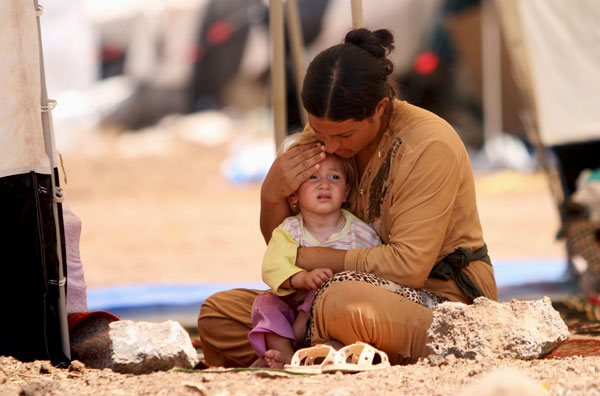 A woman who fled Islamic State massacre in the Iraqi town of Sinjar comforts her child in refugee camp in northeast Syrian town of Qamishli. (CNS/R. Said, Reuters, Syria)

Nowhere was the power of nonviolence better illustrated than in the testimony of Jesuit Father Francisco de Roux. He spoke of his 14 years of peacebuilding work in the war zone of Colombia, efforts that contributed to the historic peace accords between the FARC guerrillas and the government after 50 years of conflict, and earned President Juan Manuel Santos the Nobel Peace Prize.

“We understood that Jesus’ peace goes together with unavoidable opposition and violence,” said Father Francisco, explaining that in the course of their efforts 24 team members were assassinated by the paramilitaries and three killed by the guerrillas. “Nevertheless, we kept looking for peace … talking with the guerrillas, the paramilitaries and the army, trying to demonstrate that there was a way to work together, if we took the risk of opening ourselves up to human dignity, present in each and every one of us.” 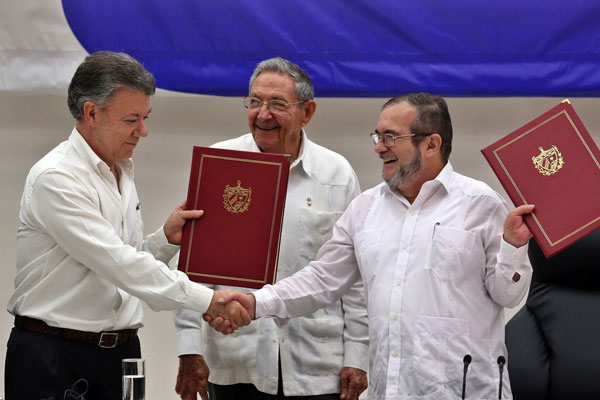 When voters in Colombia turned down the peace agreement last fall, Father Francisco said he had not lost hope for peace. “The result of the referendum may be the way that leads us to overcome the deepest of our problems—namely, ourselves,” he said. “This is the time to listen to one another … to accept our differences, to examine from all viewpoints, what is it that each person must change so that all of us may live in dignity and in a peace that brings well-being to every woman, man and child.”

Father Francisco concluded, “We will maintain and intensify the enthusiasm with which we give ourselves to the cause of peace, but we will do so by incorporating others, accepting their different understandings, listening to their arguments, fears and angers, and embodying the human being that we all are.”

“it is truly a formidable undertaking to work for peace by living the practice of nonviolence.” – Pope Francis

Father Francisco’s response made me think of our situation here in the United States: the violent and threatening rhetoric in our politics, the animosities and fear of the other, the insecurity and loss of faith in our institutions. While we don’t have a 50-year-old civil war, our country is in desperate need of the reconciliation and respectful dialogue Father Francisco calls for.

By learning from courageous people like Father Francisco, we can transform conflict through nonviolence, not only as a tactic but as a way of life, and as Christians, as a faith commitment to the common good.

Maryknoll missioners throughout the world are involved in nonviolence at its most essential level: accompanying faith communities over many years as they confront and transform situations of violence and injustice. 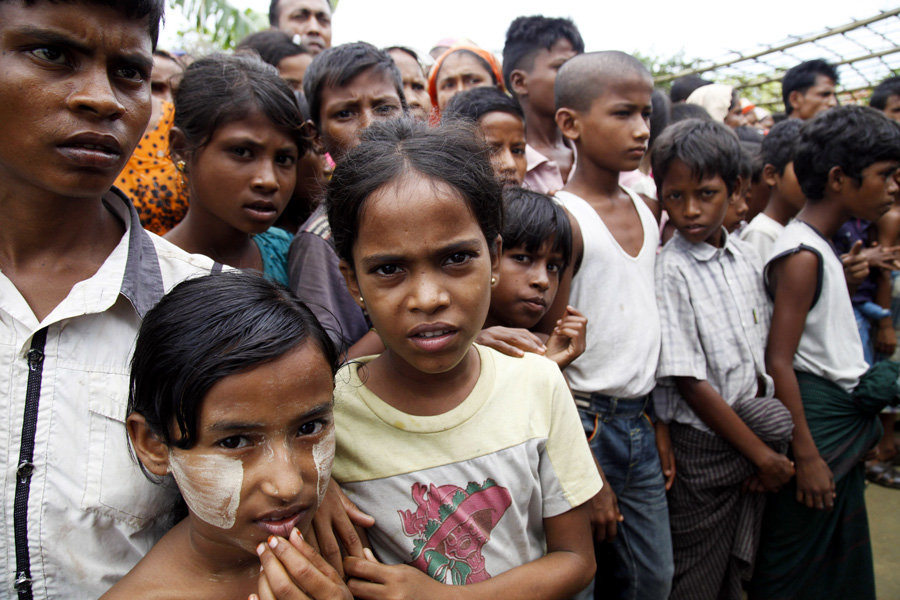 Young refugees huddling in a camp in Sittwe, Myanmar, are among the world’s 65 million people who have been displaced by violence. (CNS/N. Win, EPA/Myanmar)

In El Salvador, for instance, Maryknoll Lay Missioner Larry Parr leads a community initiative called “Playing for Peace,” focused on preventing impoverished youth from joining the violent gangs that have caused the country to have one of the highest murder rates in the world. The program offers safe places to play, organizes soccer teams and recruits local adults to model conflict resolution and leadership skills.

In Bangladesh Maryknoll Fathers William McIntire and Robert McCahill witness to Gospel nonviolence in a non-Christian culture. Reflecting on his years of accompanying poor Muslim communities, where he’s often the only Christian, Father McCahill says, “The world will have peace only when there is peace between religions. To serve the poor and live with them is peacebuilding.” 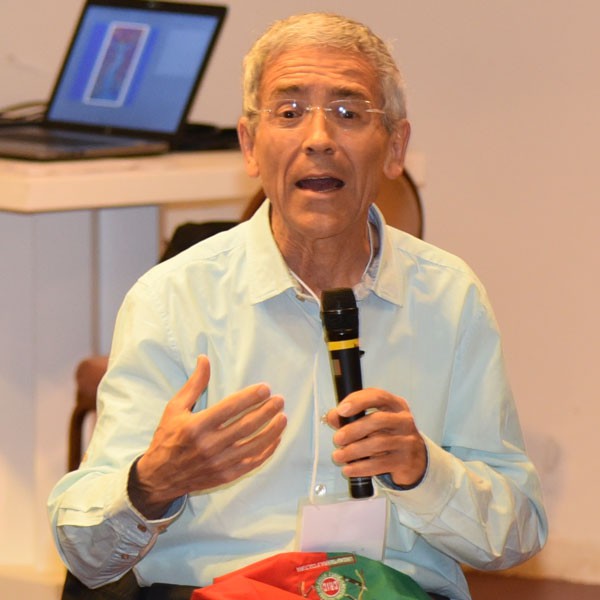 These Maryknoll missioners would agree with Pope Francis when he told a gathering of peacemakers in Assisi last September: “Nothing is lost when we effectively enter into dialogue. Nothing is impossible if we turn to God in prayer.  Everyone can be an artisan of peace.”

As participants at the Nonviolence and Just Peace Conference in Rome prepared to go home to resume the work of building peace, they voiced an appeal to Catholics around the world.

The appeal states: “The time has come for our Church to be a living witness and to invest far greater human and financial resources in promoting a spirituality and practice of active nonviolence and in forming and training our Catholic communities in effective nonviolent practices. In all of this, Jesus is our inspiration and model.”

Gerry Lee
Gerry Lee, from Boston, Massachusetts, is a former Maryknoll lay missioner who served with his wife Patti McKenna and their three daughters for 10 years in Venezuela. 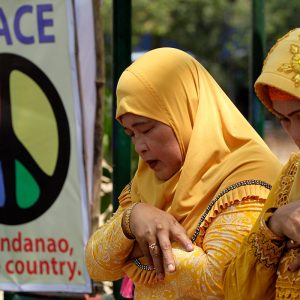 Pope Francis is giving “very strong recognition” to what was discussed at the Nonviolence and Just Peace Conference held...