Pope Francis is giving “very strong recognition” to what was discussed at the Nonviolence and Just Peace Conference held at the Vatican last spring, Cardinal Peter Turkson said in an interview in the National Catholic Reporter in September.

Cardinal Turkson, who heads the Pontifical Council for Justice and Peace, said the pope is focusing his message for World Peace Day on January 1 on nonviolent strategies to prevent and stop global violence.

As the Catholic peacemakers at the conference discussed their efforts to promote nonviolence, they issued an appeal to the Catholic Church to become a “living witness” of the nonviolence teachings of Jesus. They urged the Church to move away from the “just war” theory promulgated by Saint Augustine in the fourth century and instead develop a “Just Peace” approach.

Cardinal Turkson said the just war theory was originally intended to make wars difficult to justify by deeming them morally acceptable only under certain conditions such as self-defense. “But too often (the theory) has been used to endorse rather than prevent or limit war,” he said.

The appeal issued by the conference calls on the Church to:

• Integrate Gospel nonviolence into the life and work of the Church through dioceses, parishes, agencies, schools and others;

• Initiate a global conversation on nonviolence within the Church, with people of other faiths, and with the larger world to respond to the crises of our time with strategies of nonviolence and Just Peace;

• No longer teach the “just war theory” but advocate for the abolition of war and nuclear weapons;

• Lift up the prophetic voice of the Church to challenge unjust world powers and support nonviolent activists whose work for peace puts their lives at risk.

The message of the World Day of Peace on January 1 is the first action by the Vatican in response to the appeal. “Peace … promotes social positive consequences and allows the achievement of real progress,” the Vatican stated in announcing the theme of the message: Nonviolence: A Style of Politics for Peace. “We should act within what is possible, and negotiate ways of peace even where they seem tortuous and impractical.”

When asked where the Church should invest energy in promoting nonviolence, Maryknoll Sister Giang Nguyen, who serves on the Maryknoll Sisters peace team in Kenya facilitating relationships among culturally diverse people, answered, “Let us start with our- selves—to look at ourselves and all the violence within us that is denied and suppressed . . . We as a Church can create safe spaces where people can come together, give voice to their life experiences—hard and hopeful—so that we can together heal our inner wounds and strength to take personal responsibility for violence.”

Read and endorse
“An Appeal to the Catholic Church to Re-Commit to the Centrality of Gospel Nonviolence” from the Nonviolence and Just Peace Conference.

Learn more about
the Nonviolence and Just Peace Conference, including background papers, videos from the conference, prayers and discussion questions for individuals and small groups.

Read and share
reflections on active nonviolence written by Maryknoll missioners who attended the Nonviolence and Just Peace Conference.

Featured Image: Muslims pray for peace in the face of challenges to the 2014 accord ending conflict between the government and Muslim rebels in Mindanao. (CNS/R. Tongo, EPA/Philippines)

The Root of War Is Fear 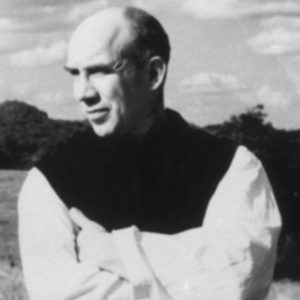 The Root of War Is Fear

In his new book The Root of War Is Fear: Thomas Merton’s Advice to Peacemakers author and peacemaker Jim Forest draws on his close...