What is Mission? / May 1, 2017
ShareTweet it!LinkedinEmailPrint

Priest’s faith grows as he serves in Japan

Mission work frequently involves doing ministry outside our comfort zone. I find that particularly true in Japan, where I have served for the last eight years.

My faith is rooted in the Catholic Church of El Salvador, where I was born and raised. In El Salvador almost everyone is Catholic, while in Japan, Catholics are just 0.5 percent of the population. In El Salvador vocations to the priesthood and religious life are abundant, whereas in Japan priests often work alone due to the clergy shortage. Churches in El Salvador are always full, while in Japan attendance at Mass is sparse and afterward everyone goes home and I remain by myself in an empty church. In El Salvador children and young people are constantly being prepared to receive the sacraments, while catechism classes in Japan have but one or two people since baptisms are few and converts fewer.

On the flipside, my mission work in Japan includes migrants, who make up more than half the country’s Catholics. I have helped out in parishes with migrant populations that speak Spanish, Portuguese and English, as many migrants from Peru, Brazil, the Philippines and other Catholic countries work here. That brings me back to my comfort zone. Often these migrants come to church seeking not only the practice of our faith, but also help with housing and legal and economic problems.

No matter where you serve, being in mission is to be transformed by the people and place where you work. Around Otsu where I am living, near Kyoto, there are hundreds of Shinto shrines and Buddhist temples. In these places I witness the deep faith of the non-Christian Japanese, and I have learned greater appreciation for their religions and cultures. Japan is an affluent and modern society where people have deep, long-held ethical values. They emphasize politeness, respect, honesty and courtesy toward others. I experience change as I strive to give the same weight to these values in my life as the people around me do. This is leading me to become a better Christian, loving God and others more, including those who are different from me.

Japan is a homogeneous country where there is little public expression of feelings or individual opinions. People are expected to work hard, be disciplined in everything they do and to observe a very strict honor code in all their affairs. Yet for all their prosperity, many Japanese face tremendous problems daily. According to Japanese police statistics, some 35,000 Japanese commit suicide every year due to psychological or other problems. Some turn to alcohol, drugs or other kinds of addictions to escape reality. Before coming to Japan, I earned a master’s degree in counseling, which has become an integral part of my ministry here, helping people address issues they cannot talk about readily in their daily lives.

Since most Japanese Catholics are older, my ministry as pastor of churches in Otsu, Karasaki and Adogawa involves visiting the sick and elderly, bringing them Holy Communion and offering a pastoral ear to listen to their hopes and fears, joys and sorrows. That brings me back to my comfort zone: making Christ’s presence visible to my brothers and sisters in Japan. 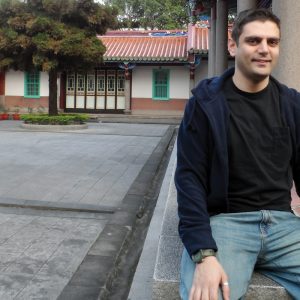 Two Maryknoll seminarians prepare for ordination || Peter Latouf took the long way around to the priesthood—all the way to China...

May 1, 2017
Copyright 2020 Maryknoll Fathers and Brothers. All Right Reserved.
Back to top