" /> Missioner on the Way Cares for HIV patients in Peru

A group of lay people with “HIV-positive hearts” walk with Peruvians living with HIV.

Gently touching Luis on the cheek, Yolanda Yactayo asks the middle-aged Peruvian man suffering from AIDS and diabetes if there’s anything he needs.

“I could use a few diapers,” he says, not fazed by his inability to leave his bed since doctors had to amputate his left leg from the knee down. “And some fruit.”

“How about a banana”? Yolanda asks.

“Then diapers and an apple it is!” Yolanda says. “I’ll drop them off tomorrow.”

Exiting the ward, Yolanda enters a small room filled with people, all living with HIV, who are gathered for their weekly support-group meeting. Yolanda finds a chair and sits. She doesn’t say much but listens intently.

Yolanda doesn’t have HIV, but the virus changed her life forever when, in 2002, her sister Marlene was diagnosed with AIDS.

“My world turned upside down,” she recalls. When Marlene was hospitalized, Yolanda rarely left her side. I met Yolanda on an AIDS ward of a general hospital in Lima, Peru.

After her sister nodded off, Yolanda would attend to the needs of other patients, offering words of comfort and running small errands for them. She was becoming ever more exposed to the grace that hovers over such places.

Slowly but surely, Yolanda’s heart became HIV-positive, an expression used for people who are affected—as opposed to infected—by HIV. It’s a chronic condition that often leads to a lifetime of service.

Her sister died in 2003—just months short of free access to antiretroviral drugs—but Yolanda continued to accompany people living with HIV and dying of AIDS. 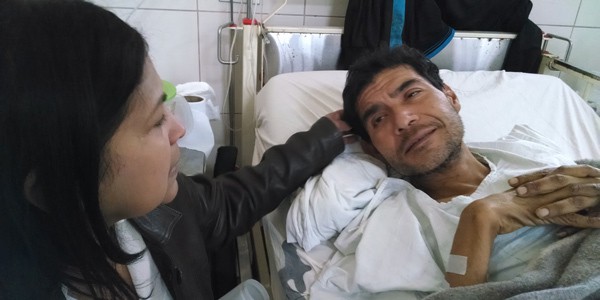 Yolanda Yactayo visits a patient with HIV in the hospital. She is part of a group of lay missionary disciples who accompany people with HIV.

“I see them as though they were my own children,” says this mother of two. “They’re so young and vulnerable.” (Fifty percent of all newly infected people with HIV in Peru are between the ages of 15 and 24.)

When Maryknoll Sister Peg Hennessey, Medical Mission Sister Cristina Gadiot and I decided to form a band of lay missionary disciples who would accompany us in the pastoral care of people living with HIV, Yolanda was one of our first recruits. “I thank God for calling me to be a member of the Missioners on the Way,” she says, referring to the name of the group of volunteers. “We’re more than friends; we’re family.”

To provide food for herself and her two children, Yolanda, whose husband died two years ago, works as a supermarket cashier. However, it’s her vocation as a Missioner on the Way that fulfills her. “It’s a commitment of love,” she says. “I’m Catholic and I’m convinced that if Jesus were here physically, he’d be doing the same thing he did 2,000 years ago and what we are doing today: comforting the sick and welcoming people whom society rejects.”

A compassionate heart and non-judgmental attitude toward people with HIV are prerequisites for becoming a Missioner on the Way. The virus doesn’t discriminate but society does, especially when the lion’s share of those infected hail from vulnerable populations. Gays, sex workers, drug addicts and prisoners are the folks Missioners on the Way and many Maryknollers hang out with.

“It’s this unconditional love Maryknoll displays toward those most in need that I admire most,” says Yolanda. “I’m so grateful to be a Missioner on the Way and, through them, a member of the Maryknoll family.”

To read more about his HIV/AIDS ministry in Peru, see page 12.

Joseph Fedora, M.M.
Father Joseph Fedora from Los Angeles, California, has been a Maryknoll priest since 1984. He is now the Maryknoll Society's regional superior of Latin America.

The Works of Mercy 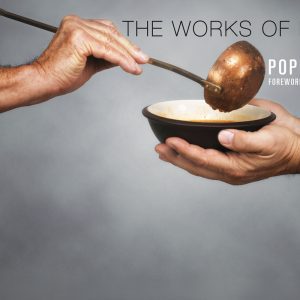 The Works of Mercy

Collection from Pope Francis || The theme of mercy has been a signature of the pontificate of Pope Francis. As he has noted,...