Catholic institutions heeding call to get out of carbon fuels

When a group of students at Swarthmore College in Philadelphia took a class trip to the Appalachian Mountains in 2010, they were shocked by what they saw in communities near coal mines—mountaintops bare, the environment polluted, high rates of cancer and birth defects. Inspired by the divestment campaign that helped to end apartheid in South Africa, they started a petition demanding their school sell its investments in fossil fuel companies.

Soon students on other campuses launched similar campaigns, but it wasn’t until an environmental studies professor at Vermont’s Middlebury College, Bill McKibben, wrote an article for Rolling Stone magazine and set out on a speaking tour in 2012 asking people to “Do the Math” on climate change, that the campaigns became a movement.

In order to avoid the worst of climate change, McKibben argued, the world must maintain global temperatures within 2 degrees Celsius of pre-industrial times. Three years later, in 2015, delegates from 196 countries adopted the 2 degrees Celsius warming limit in the Paris climate agreement.

The 2-degree rule, McKibben said, means limiting the amount of carbon dioxide released into the atmosphere. When he did the math, McKibben demonstrated that only about 20 percent of reserves held by fossil fuel companies can be safely burned.

The reasons for divesting from fossil fuels have settled into two camps: moral and economic.

Without specifically naming fossil fuel divestment, Pope Francis lays out the arguments for it in Laudato Si’, his 2015 encyclical on the environment. He explains that while the need for action is urgent, governments and businesses have been slow to act. Just like the students, the pope sees consumer boycotts as a way to “bring healthy pressure to bear” on those with political and economic power. “When social pressure affects their earnings, businesses clearly have to find ways to produce differently.” (Laudato Si’ 206)

The pope and other Church leaders note that the poorest communities around the world bear the brunt of climate change despite being least responsible for creating it.

“The poor are suffering greatly from the climate crisis and fossil fuels are among the main drivers of this injustice,” said Cardinal Luis Tagle, the archbishop of Manila, the capital of the Philippines.

The economic reasons to divest from fossil fuels center on concerns about a possible “carbon bubble” of $2 trillion in oil reserves that oil companies would not be able to exploit if the 2-degree limit is observed. Credit rating agencies like Moody’s and Standard & Poor’s are giving more weight to climate change risks in evaluating the creditworthiness of fossil fuel companies and state and local governments.

Caritas Internationalis, the Church’s Rome-based global network of Catholic relief agencies, and more than two dozen other Catholic institutions have announced plans to divest at least part of their investments from the fossil fuel industry.

Faith in action:
• Explore resources on fossil fuel divestment produced by the Global Catholic Climate Movement.
• Join the next big climate march—led by youth! The Youth Climate March is scheduled to be held in Washington, D.C. on July 21, with sister marches in cities around the world. Learn more at http://thisiszerohour.org/the-march/.

Featured Image: A wind turbine turns in front of a fossil fuel power plant in Charlestown, Mass., a sign of looming change in the fossil fuel industry. (CNS/B. Snyder, Reuters/U.S.) 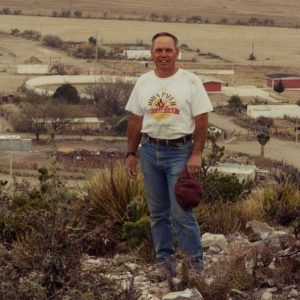