From Cambodia to El Salvador, Bangladesh to Tanzania, Maryknoll missioners accompany people and communities affected by poverty, often extreme poverty. Based on our belief in the value of each human person and their right to a life of dignity, we work to eliminate the root causes of poverty found in unjust economic structures.

Maryknoll Sister Marvelous Misolas was at the United Nations in New York to commemorate the International Day for the Eradication of Poverty in October when Secretary-General António Guterres said, “Poverty is not inevitable. It is not a natural state of being or occurrence. It is most often the outcome of choices that societies have made. Today we must build a fair globalization that creates opportunities for all. Inclusive growth, supported by economic and social policies that empower people and provide equal opportunities, make the difference.”

“I agree with Secretary-General Guterres,” said Sister Misolas, a native of the Philippines who served in Taiwan and is now the non-governmental organization representative of the Maryknoll Sisters at the United Nations. “Ending poverty is not a matter of charity; it is a question of justice.”

After more than two decades, NAFTA, the North American Free Trade Agreement between Mexico, Canada and the United States, has failed to eliminate the root causes of poverty and create opportunities for all. It has at times undermined worker rights and fueled nationalism. Renegotiated and renamed the United States-Mexico-Canada Agreement (USMCA), the new accord still needs to be approved by the U.S. Congress and ratified by all three countries before going into effect.

The following are some of the questions people of faith and conscience can ask their members of Congress as they study and vote on the deal in 2019:

Does the “new NAFTA” work for economic justice with an emphasis on the elimination of poverty and the empowerment of impoverished people? What will its impact be on labor standards and protections for workers; on the access to agricultural resources such as seeds; on the access to affordable medicines; on food safety and health care concerns; and on corporate accountability and ecological sustainability?

Faith in action:
• Read and share fact sheets by the Institute for Agriculture and Trade Policy on what the “new NAFTA” means for farming and food http://bit.ly/NewNAFTAanalysis

• Find resources on trade and Catholic social teaching produced by the U.S. Conference of Catholic Bishops, including a two-page backgrounder on trade, on the USCCB website http://bit.ly/USCCBTrade

• Share with your members of Congress the Interfaith Call for Access to Medicines to ask our political leaders to uphold access to medicines in the new trade deal http://bit.ly/InterfaithLetterMedicines

Featured Image: Trucks and cars stop at the U.S. Border Patrol checkpoint near Tubac, Ariz. The checkpoint is about 25 miles north of the U.S.-Mexico border. (CNS /N. Wiechec)

Faith in time of turmoil 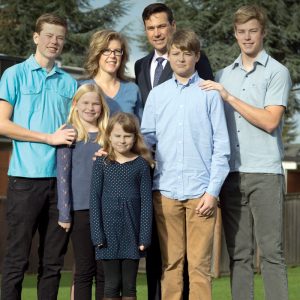 A U.S. couple travel overseas to join CRS workers helping people devastated by natural disaster || My husband Rob and I and our family...