New missioners sent forth to serve

When Verónica Arriagada and her husband José Luís Aguilar told their four adult children of their plans to become Maryknoll lay missioners serving overseas, the response was disbelief. “Our children thought we were a little crazy,” says Aguilar. “I think they assumed that we were going to be together forever, but in choosing to do this, we have to leave them here while we have to travel abroad.”

Arriagada says the couple’s decision was not entirely unexpected. “All of our lives we have been a little bit crazy like that,” she says, adding that in raising their children, she and Aguilar always emphasized the need to help others.

On Dec. 8, Arriagada and Aguilar were among 12 Maryknoll lay missioners and one Maryknoll sister beginning their overseas mission journeys in a sending ceremony in Annunciation Chapel of the Maryknoll Sisters in Ossining, N.Y.

“Your ‘yes’ profoundly speaks of hope,” Ted Miles, executive director of Maryknoll Lay Missioners, told the 13 new missioners. “We give thanks to you and all missioners, for your ‘yes’ gives witness to the love of our God, who is always and everywhere doing something new in us and in the world.”

The new lay missioners range in age from 23 to 69 and include individuals, couples and a family of five. They have committed to three and a half years of service.

Arriagada and Aguilar have lived in Chicago for the past 18 years. Now that their children are grown, they feel the need to devote more energy to serving others. “I want to help the people who need it the most, and I am ready to do that,” Arriagada says. 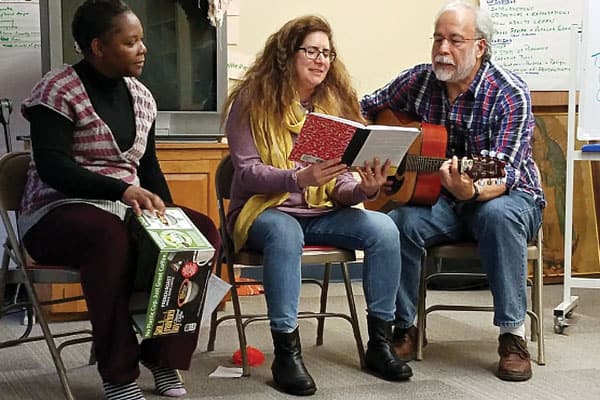 Born and raised in a poor neighborhood of Santiago, Chile, Arriagada says, “I know what it is like to be hungry. I know what it is like for your house to get flooded when it rains, to prepare food with the little you have that day. I know poverty up close. I also know how important it is to work in the communities with the people and help them organize.”

It was in her Santiago neighborhood that Arriagada encountered and came to admire Maryknoll priests and lay missioners who served there. Aguilar was one of the lay missioners serving there in the 1980s. He met Arriagada and they fell in love. They got married and moved to Mexico, eventually making their way to Chicago, where they finished raising their children.

The couple and two other new lay missioners, Cortney Freshwater from Ashland, Ohio, and Joe Miller from Evanston, Ill., will be working in Bolivia. For Aguilar, becoming a Maryknoll lay missioner means “returning to where I think I belong.”

“I want to accompany the people,” he says. “And together with them, I want to work for a better and more just world that allows love and peace to grow.”

Another new lay missioner, Abby Belt from Wichita, Kan., will be going to Haiti, a new mission site for Maryknoll Lay Missioners. Belt will join veteran Lay Missioner Sami Scott in community and education ministries with the Religious of Jesus and Mary in the northern Haitian town of Gros Morne.

“I am very excited about going to Haiti and ‘making a new path’ there,” says Belt. “But I’m also a little nervous about figuring out how we navigate this new site. Haiti is the poorest country in the Western Hemisphere, and it’s a great time for us to start a new ministry there. One of the things that is so humbling to me is the resilience of the Haitian people. Time and again they have overcome astronomical odds, and they still continue to rise, and they have hope, and there is life, and there is joy. In mission, we have so much more to learn than we can ever give. Haiti is a perfect example of that.”

The sending ceremony marked the end of a 10-week orientation program at Maryknoll. The intensive preparation is a hallmark of the Maryknoll approach to cross-cultural mission. It included scripture and theology classes, workshops on spiritual development, intercultural encounter and practical aspects of overseas mission work, all designed to prepare the missioners for ministries with economically poor and marginalized communities overseas and to form them as members of the Maryknoll missioner community.

All 12 lay missioners departed in early January 2019 for their mission sites and are currently receiving in-country language training and acculturation before beginning their ministries.

Sam Janson from Amherst, N.H., and Kevin and Marilyn McDonough from Santa Clara, Calif., will serve in Tanzania, along with Loyce and Stephen Veryser and their children: Abigail, Justin and Claire. Loyce is originally from Bukoba, Tanzania, and Stephen from Grosse Pointe Woods, Mich. Rich Tarro from Narragansett, R.I., will serve in Kenya, and Jaynie Prior from Overland Park, Kan., in El Salvador. 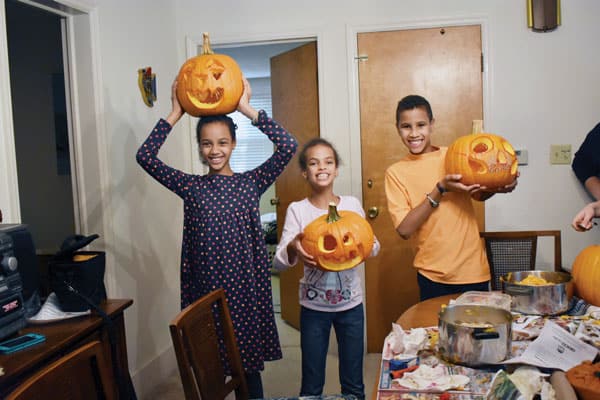 Sister Armeline Sidoine, a native of the Republic of the Congo Brazzaville, first met the Maryknoll Sisters in Brazil and joined them five years ago. She has worked as a teacher and in youth programs, parish ministry and radio. Already fluent in five languages, she made her first vows as a Maryknoll sister in January 2018. Sister Sidoine has now joined the Maryknoll Sisters community in Hong Kong. 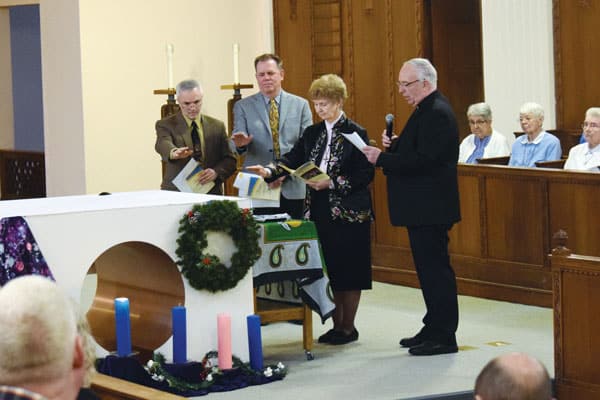 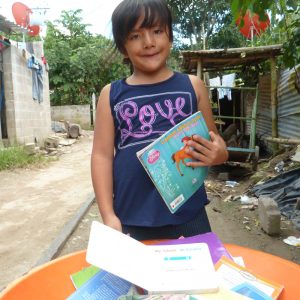