Readers respond to our print, web and social media posts

ANOTHER ROOT
In your March/April issue of MARYKNOLL magazine, Lynn F. Monahan did a fine job telling us why many immigrants come to this country from Honduras. They are suffering. The violence is horrible. They want to raise children with love. Compassion is so important. His article is called “The Roots of the Caravan.”

I want to add another root to the article. The Organization of American States did not accept the results of the last presidential election in Honduras, saying it was marred by irregularities. The organization called for a new vote. President Juan Orlando Hernandez, who ignored the call, should accept that. I do not think our country or any country should be sending military help to Honduras.
Remember Pope St. Paul VI’s words for World Peace Day in 1972, “If you want peace, work for justice.”
Tony Kroll
Sauk Rapids, Minnesota

CULTURE OF DEATH
A comment was made in the Readers’ Responses of May/June 2019 that the United States could not be expected to take care of many more immigrants when it cannot take care of its own people. One can examine the reports of the “Costs of War Project” at Boston University and the American Friends Service Committee, a Quaker justice and peace organization, to see that our country has and has had plenty of money to take care of our own. The choice is made not to take care of our own.

As Ed Flaherty, a member of Veterans for Peace in Iowa City, Iowa, notes in an op-ed piece in The Gazette newspaper of Cedar Rapids, Congress passed the National Defense Authorization Act for fiscal year 2019 authorizing $717 billion in military expenditures, $98 billion over 2017, and this year the Trump administration is asking for $750 billion for 2020.

What kind of life-giving programs continue to be cut, underfunded or ignored to support such outrageous expenditures for death-giving, private-public investors’ capital? The choice at the federal level has been to support a culture of death, not a culture of life.
Catherine Foley, Ph.D.
Taylor Lake Village, Texas

OLD FRIENDS
It was nice to see the article about my friend Ray Kalainikas in the Partners in Mission column in the March/April 2019 issue of MARYKNOLL magazine. He and I both joined the Maryknoll Junior Seminary, known as the Venard, in Clarks Summit, Pa., in September 1959. I left the seminary in January 1964, halfway through my junior year at Maryknoll College at Glen Ellyn, Ill. I think Ray left sometime after that. I wholeheartedly endorse his Golden Rule message.
Ray Voith
Austin, Texas

INSPIRING STORY
In your May/June 2019 issue, Heidi Meier’s winning Division II student essay is a beautiful, inspiring story showing God’s light and how we can pass it on by simply being kind.
Irene Perry
Greensburg, Pennsylvania

I LOVE ALBUQUERQUE
Congratulations to all the winners of your Maryknoll Student Essay Contest this year. However, I do have to write and set the record straight about Albuquerque, N.M. Reading the first-place winner’s story, I found it hard to believe she could be writing about the place both my husband and I lived in for a number of years, as well as Corrales, N.M., which butts up to the city limits of Albuquerque. Her story made the city sound like such a horrible place to live, let alone visit! We enjoyed all our years there, loved the people, the culture, the food and the vistas. My husband loved it so much that he even chose to be buried there. The city boasts some fine museums, and both my husband and I were docents there. He is buried in the Catholic cemetery right next to the Casa San Ysidro museum, one of the places he served as a guide.

All cities have their seedy side, but many students I personally knew went through the public education system and did just fine. Albuquerque also boasts the University of New Mexico, which draws students from all over the country. And Albuquerque also hosts the annual Balloon Festival, which is the world’s largest and most well-known. Again, people from all over the world attend this festival and return time and time again, always feeling welcome and safe.
Sandra DaPrato
Mount Dora, Florida

LIVING, GENTLE GOD
I have been receiving your magazine since my mother died in 1980, and I got her subscription. Really enjoy it, especially the stories of saints and the Missioner Tales. My response is to the writer in the January/February issue who asserted that “God and Allah are the same.” Yes, we are to respect all people, but her statement is so wrong. The Muslims’ idea of God may be called Allah, but the two are entirely different. Our Christian God is living, gentle, all-forgiving, while Allah is a vengeful God, non-forgiving unless you “submit, submit, submit.”
Mary Ann Fangman
Coggon, Iowa

HOUSE MIGRANTS
I would like to see Maryknoll and other religious societies open their nearly empty facilities to undocumented aliens and other migrants until they can be processed through the system to stay in the United States or returned to their country of origin.
Joseph P. Nolan
Waterbury, Connecticut 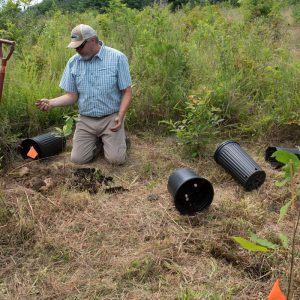 “Pope Francis challenges us to leave the security of the shore to encounter others, especially those on the economic, social...