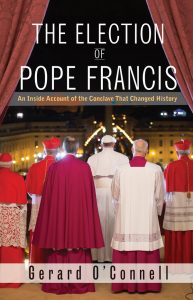 On March 13, 2013, newly elected Pope Francis—previously Cardinal Jorge Mario Bergoglio, of Buenos Aires, Argentina—appeared on the balcony overlooking St. Peter’s Square and introduced himself. He won the crowd with his greeting, “Brothers and sisters, good evening,” and his request for the people’s prayers and blessing. It was clear something extraordinary was happening. He was the first pope from Latin America, the first Jesuit to be elected pope, the first pope to take the name of St. Francis, who set out to renew the Church by recalling the features of the poor man, Jesus. But these “firsts” were only the beginning of a papacy of historic proportions.

Although a contender in the conclave of 2008, Cardinal Bergoglio appeared on few lists of likely candidates entering the conclave of 2013. But a new book by Gerard O’Connell, a top Vatican journalist, provides an inside account of the process that began with Pope Benedict XVI’s surprising decision to retire and continued up to Pope Francis’ election and installation. O’Connell and his wife, a Vatican correspondent from Argentina, had befriended Bergoglio some years before and were among the few journalists who predicted his election. In The Election of Pope Francis, O’Connell is able to reveal the basis for that confidence and relate what happened inside the conclave—including the actual tallies of votes that marked Bergoglio’s rise as the top papal candidate.

O’Connell’s book goes some way to answering the question as to whether the cardinal-electors truly knew what they were getting. O’Connell provides fascinating accounts of private discussions among influential cardinals in the days preceding the conclave, and how support began to coalesce behind the archbishop of Buenos Aires. For many, Bergoglio’s short speech before the conclave was a turning point. In that speech, he identified the greatest dangers facing the Church to be self-referentiality and “spiritual worldliness” and he called on Christians to go to the margins and peripheries. As an English cardinal later related, “There was stillness when he sat down. I looked at the faces of the cardinals around me. Many were moved by what he said. This was the moment, I think, when some of them began to wonder if they might not have heard the voice of the man who would lead the Church to recover its vigor and give it a fresh sense of direction.”

Already, the book has drawn enthusiastic comments. Jesuit Father James Martin writes: “This is an absolutely riveting book, which reads like a thriller. It’s a fly-on-the-wall, behind-the-scenes, no-holds-barred report, by one of the world’s leading Vatican experts, of exactly what went on behind the most closed of doors. At times I was astonished by the inside information I was reading: from the day-by-day voting tallies to who said what about whom. Gerard O’Connell’s book is that rare find: a fantastic read and a carefully researched narrative that will be used by historians in decades, even centuries, to come.”

The Election of Pope Francis will be of interest to anyone seeking to understand this papacy, the future of the Catholic Church, and perhaps even the mysterious workings of the Holy Spirit. 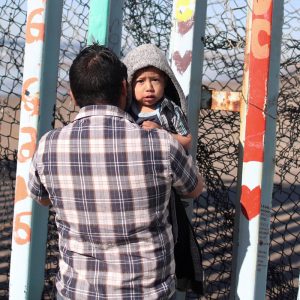 Readers respond to our print, web and social media posts || ANOTHER ROOT In your March/April issue of MARYKNOLL magazine,...