Cause for Sainthood for Maryknoll cofounder
Father Thomas F. Price advances to Rome

One hundred years ago, in a hospital in Hong Kong, Maryknoll Father Thomas Frederick Price went to his final reward. He had journeyed to China only a year earlier with three young priests to begin Maryknoll’s first missions.

One of the members of the pioneer group, Father James E. Walsh, said that the mission in South China would have been nearly impossible to start without Father Price’s experience, spiritual fervor and loving nature. Father Walsh chose the posthumous motto for Father Price’s life: “In caritate non ficta,” that is, “With unfeigned love,” taken from 2 Corinthians 6:6.

The Diocese of Raleigh, N.C., where Father Price was ordained and worked for more than two decades, officially opened the Cause for Sainthood of Servant of God Thomas Frederick Price in 2012, with cooperation from the Maryknoll Fathers and Brothers.

For six years, during this “diocesan phase” of the process, testimonies of Father Price’s life were gathered, and all his writings were researched and reviewed. In 2018, this documentation was sent to the Vatican for the “Roman phase” of this process, where it is hoped that he will one day be declared “Venerable,” the next step in the canonization process.

I worked as a member of the historical commission for the diocesan phase of Father Price’s cause, reading his public and private documents to give an opinion on his life. This took some time because Father Price, for more than a decade, wrote a daily letter to the Virgin Mary, whom he called his “Beloved Mother,” and most of these journals have survived.

To truly know Father Price’s life, one must read these more than 3,000 entries. Within them, he was quite honest and open about all aspects of his life.

He wrote to his Mother about everything: his joys, his trials, and even about his mystical experiences that began when he visited Lourdes, France. I became convinced reading the letters that the Maryknoll Society was founded by a very holy priest, a humble and loving man, who gave his life for others.

Thomas Frederick Price was born in 1860 in the port city of Wilmington, N.C., just as the Civil War was starting. His mother had converted to Catholicism after boarding with a Catholic doctor for school and, consequently, her family shunned her. This brought her even closer to her faith and to her new Catholic friends. At that time, Catholics were but the tiniest minority in the South.

During the Civil War, young Freddie, as he was called, became a refugee when the family fled Wilmington to the shelter of Fort Sumter because of the violence. A year later, on Christmas Day 1866, his father converted to Catholicism, which young Fred called the best Christmas present he had ever gotten.

His two eldest sisters had already left home to become religious sisters when, at the age of 16, Freddie Price headed to St. Charles Seminary in Catonsville, Md. He left in August of 1876 on the ill-fated ship the Rebecca Clyde, which broke up in the shoals off Portsmouth in a terrible gale.

Price was among the survivors, and after returning to Wilmington to recover, he left again for St. Charles Seminary in January of 1877, this time without incident. 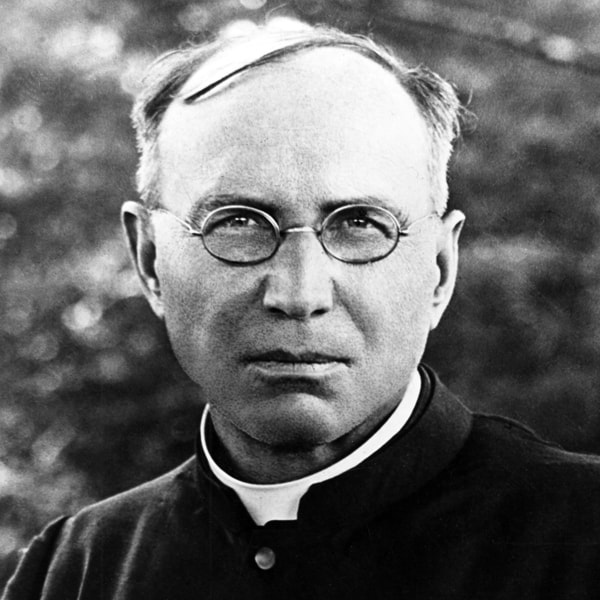 Father Price proclaimed the Gospel in his native North Carolina for 25 years before co-founding the Maryknoll Fathers and Brothers with Father James A. Walsh in 1911. (Maryknoll Mission Archives)

Later, Price confided to a seminarian classmate, the future Cardinal William O’Connell of Boston, that his survival at sea was due to divine intervention. Floundering in heavy waves, young Fred cried out, “Christ Jesus, save me or I perish.”

Almost immediately a light appeared, and in it he saw a beautiful lady who pointed to a huge plank that had washed off the ship. He made it to the plank and eventually floated to shore. This vision made his already great devotion to Our Lady even deeper.

Always dedicated to the idea of mission, Father Price soon received permission to be a missionary at large for the whole state of mostly rural North Carolina. He traveled around tirelessly, in winter chill and summer heat, and became well-known.

While Father Price also had a great love for the foreign missions, at that time there was no way for a diocesan priest to give himself to such a life. Nonetheless, he began to correspond with a priest in Boston, Father James Anthony Walsh, who was the head of the mission promotion office in that archdiocese.

The two eventually petitioned the U.S. bishops to allow them to found a seminary for foreign missions, which in 1911 was also approved by Pope Pius X. Officially called The Catholic Foreign Mission Society of America, the organization later took the title “Maryknoll,” a seminary built on a hill, or “knoll,” and dedicated to the Blessed Mother.

In 1918, the first group of Maryknoll priests was ready for mission. Father Price was appointed the first mission superior as the only one who had labored for decades in difficult mission fields. His knowledge of French, which he had studied after visiting Lourdes, was critical in China as it was then the international language. 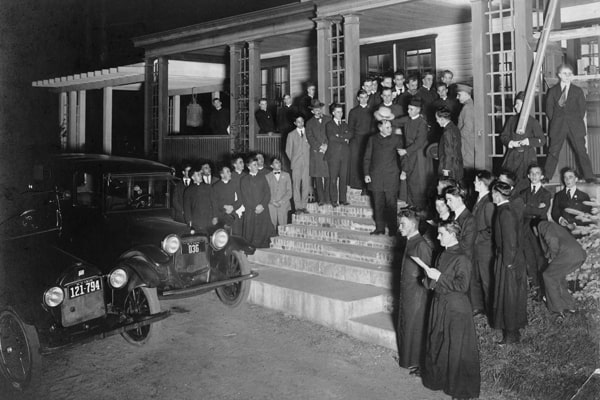 Father Price (center, standing on steps) leaves Maryknoll to lead the first group of Maryknoll missioners to share the Gospel in China in 1918. (Maryknoll Mission Archives)

While his Chinese was limited, Father Price became known as “the Holy Priest” by the poor Chinese who visited the nascent mission parish. He communicated heart to heart with his love and prayers, even if not so much by words.

In August 1919, however, Father Price became sick and went to Hong Kong for treatment for what turned out to be an inflamed appendix. Tragically, by the time he got to St. Paul’s Hospital, his condition had gone too far. He passed away on Sept. 12, 1919—the Feast of the Holy Name of Mary.

Even though he was in China for only a year, Father Price left a legacy for all Maryknollers after him. By his example, he showed that mission is first of all about love of the people to whom one is sent. His kind and gentle manner evoked the words of Jesus in Matthew 11:28, “Come to me, all who labor and are heavily burdened, and I will give you rest.”

Read more:
To read more about Father Price, go to “Cause for the Beatification and Canonization of Father Thomas Price” and “Advancing a cause: A road to potential sainthood.”

More than Medical Care to Children 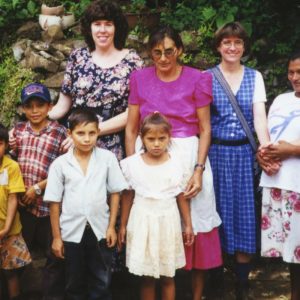 More than Medical Care to Children

Maryknoll affiliate provides medical care to children with disabilities at home and overseas || In a bright examination...