Jesus Wasn’t Killed by the Jews

Reflections for Christians in Lent

It is difficult to read the Passion narratives—particularly the Gospel of John, which is read in Holy Week—without being confronted by texts that seem to lay the blame for Jesus’ death on “the Jews.” Because of this, Holy Week has traditionally been accompanied by pogroms and other anti-Semitic violence. This labeling of Jews as “Christ-killers” is, of course, contradicted by the historical reality that Jesus was killed by the Romans, and in a manner exclusively reserved for enemies of the Roman Empire. Yet the challenge for Christians remains how to deal with these problematic texts.

The immediate inspiration for Jesus Wasn’t Killed By The Jews came from the attacks on synagogues in Pittsburgh in 2018 and in Poway, Calif., in 2019. Before that came the tiki-torch-wielding march of white supremacists in Charlottesville, Va., who were shouting, “Jews will not replace us.”

As Amy-Jill Levine notes in the afterword to this collection, these events “were not prompted, primarily, by reading the New Testament or from hearing a Sunday homily. Yet we cannot exculpate the Christian Bible and its readers either.”

The contributors to this book include scholars and ministers, both Christian and Jewish, as well as those long engaged in Jewish-Christian dialogue.

The foreword to Jesus Wasn’t Killed By The Jews Rabbi Abraham Skorka, known for his friendship with Pope Francis, traces the work of the Catholic Church since Vatican II to counter anti-Semitism, particularly the claim that Christianity has replaced God’s covenant with the Jewish people.

As the book’s editor Jon Sweeney notes, the first point to remember is that “Jesus was Jewish, plain and simple. He wasn’t just sort of Jewish, or temporarily Jewish. Jesus was born a Jew, and died a Jew.” The same was true for his family, all his original followers, and all the authors of the New Testament texts.

In his controversies with fellow Jews, Jesus stood squarely in the tradition of the Hebrew prophets. And like the prophets, he criticized various aspects of religious practice, such as legalism and hypocrisy. But when Christians in a largely Gentile church project these attitudes onto the Jews, rather than accept the challenge of scrutinizing their own practice, they miss the whole point.

Similarly, in liturgical services where the congregation takes the part of “the Jews” by crying “Crucify him! Crucify him!” the challenge for Christians is actually to acknowledge our own collaboration in the death of Christ and all the innocent victims of social sin.

In the face of problematic texts, which are repeated in church, Professor Levine proposes: It would be better “for anyone who proclaims this text to picture Jewish children in the front pew.”

She concludes: “To do this work, we need to listen to how texts sound in the ears of our neighbors … And we need to move, finally, from yet another general proclamation and yet another volume on why there is yet another attack on Jews, and do more in seminary education, requirements for ordination, liturgical readings, children and adult education, and interreligious studies.”

To that purpose, this book of reflections is a modest, but important, contribution. 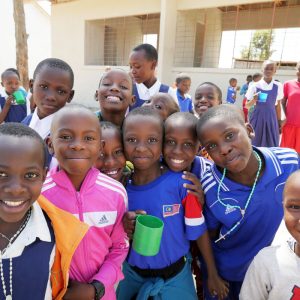 Readers respond to our print, web and social media posts || SAINT AND HERO I take issue with the response in the November/December...