LIMA, Peru (CNS) — On day nine of the state of emergency that Peru imposed to stop the spread of the coronavirus, Antonio Palomino Quispe got home just after the nightly curfew began.

He had been delivering food baskets that day, March 24, to 30 of the 100 low-income senior citizens who usually receive breakfast and lunch three days a week at St. Martin of Charity Parish in Villa El Salvador, a sprawling low-income neighborhood on the southern edge of Peru’s capital city.

Since March 16, when the government ordered people to stay home except to buy food or medicine or to go to the doctor in an emergency, the “Martincitos,” as the seniors call their group, after St. Martin of Porres, have been confined to their homes.

Many live alone, so they miss the meals, exercise and activities, and companionship that their meetings used to provide.

“Senior citizens are the most forgotten people” in Peru and the most vulnerable to the disease, said Palomino, 59, who founded the group three decades ago.

Although the seniors cannot meet, he continues to be their lifeline. The next morning, he delivered 70 more baskets cobbled together with food and other items donated to the parish.

The coronavirus pandemic swept much of the world before reaching Latin America, giving leaders time to learn from the high death rates in countries like Spain and Italy.

Officials say Peru’s drastic measures are keeping the number of cases from rising beyond the health system’s ability to respond.

Most other Latin American countries have taken similar measures, although some have not limited movement as severely as Peru.

Millions of Latin Americans earn only enough each day to cover their families’ daily needs, so a complete shutdown creates hardship quickly. Government officials must balance the COVID-19 hazard against the risk of people going hungry and the danger of social unrest.

The problems are most acute in larger cities, such as Sao Paulo and Rio de Janeiro in Brazil, where millions of people are crowded together in favelas, low-income neighborhoods that often lack running water and sewer service. 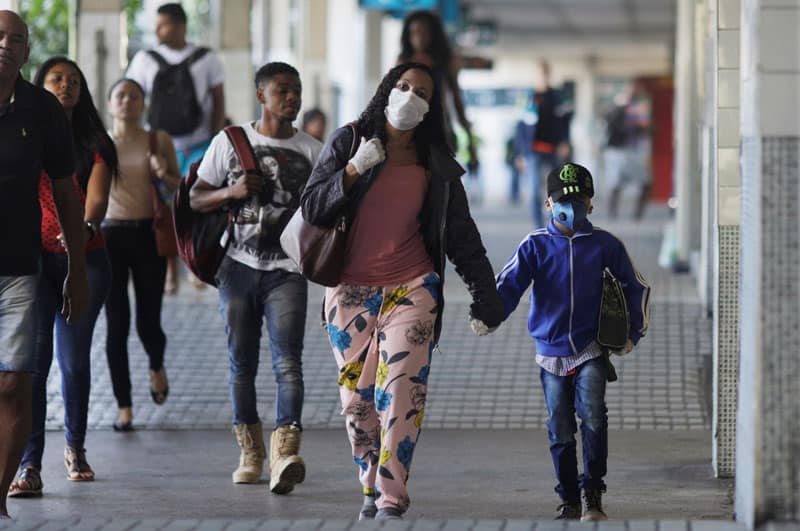 Health experts warn that COVID-19 could sweep through favelas with lethal results, but the government has not imposed nationwide measures, leaving states and cities to take their own steps.

In Rio de Janeiro, an imposed quarantine has put street vendors, manicurists, hairstylists, janitors, security guards and other people out of work, said Vania Ribeiro, vice president of the Association of Residents of the Tabajara and Cabritos, two favelas that are home to 21,000 residents.

“If you don’t go to work, you have nothing to eat at home,” Ribeiro told Catholic News Service. “There is no money, there is no water, there is no food. It is a very difficult situation.”

Her local public health clinic is shared with Copacabana, a neighborhood with a large number of elderly people, who are at greatest risk of dying if they catch the virus. But the clinic has no COVID-19 test kits, so people with symptoms are sent home to wait out the quarantine period, Ribeiro said.

In favelas, however, three generations often share a single room that serves as living area and bedroom, perhaps with a tiny separate kitchen.

“How does a resident of a favela stay in quarantine with no contact with other people?” Ribeiro asked “How can we isolate the elderly?”

Rio de Janeiro’s mayor proposed moving elderly residents who test positive to hotels, but Ribeiro said that will not help neighborhoods like hers, where the clinic has no tests.

Like Brazil, Mexico has also refused to impose quarantines and was only beginning to limit large gatherings. President Andres Manuel Lopez Obrador has held rallies in the hinterlands, hugging supporters and kissing babies. In a video posted on social media March 22, he encouraged people to continue dining out to boost the economy.

Observers say Lopez Obrador wants to spare the working classes, who lack the financial means to endure social isolation and be away from work for several weeks or months.

“They don’t have any savings at all. They live paycheck to paycheck,” Father Robert Coogan, an American priest in the northern Mexican Diocese of Saltillo, told CNS.

Father Coogan ministers to prisoners, who are especially vulnerable to the virus, as they live in close quarters.

“It will go through the (prison) population if it gets in,” Father Coogan said. “Nobody on my team goes in, and I only go in to say Mass—no other contact with them.”

Inmates are worried, especially as they have little access to credible information and are concerned about what could happen to their families, he said.

Concern is also rising in the Amazon region, where cases are fewer but remote communities, especially indigenous villages, lack health services and are especially vulnerable.

In Boa Vista, in northwestern Brazil, the risk is greatest for Venezuelans who have fled their country’s political and economic breakdown.

About 6,000 people live in official tent shelters, while some 20,000 more live in makeshift camps or abandoned buildings or sleep on the street, said Esther Tello, co-director of Caritas, the Catholic Church’s social and humanitarian assistance office in Boa Vista.

Many settlements lack running water, making good hygiene—crucial for preventing contagion—virtually impossible. Concern arose March 24 as the number of confirmed cases in the city rose from two to five.

Because of the prohibition on public gatherings, city officials threatened to fine several Consolata sisters who provided bread and coffee to homeless Venezuelans outside their house every morning. The sisters—who are senior citizens themselves, and at higher risk if they catch the virus—have had to stop serving the breakfasts, Tello said. 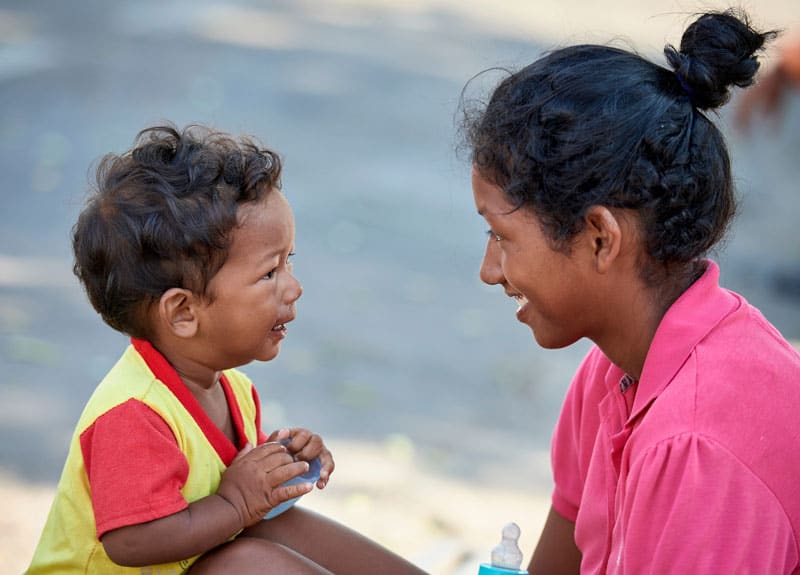 Venezuelan refugees are seen after receiving food and other emergency support from the Consolata Missionary Sisters in Boa Vista, Brazil, in April 2019. (CNS Photo/Paul Jeffrey)

In Iquitos, Peru’s largest Amazonian city, Bishop Jose Javier Travieso Martin of the Vicariate of San Jose de Amazonas was hospitalized with COVID-19. Health officials were tracking down more than 60 people with whom he had contact before he was diagnosed.

Many of those people are missionaries or catechists who returned to remote rural and indigenous communities after meeting with the bishop just before the state of emergency was declared.

In low-income neighborhoods in Iquitos, where wooden houses are built on stilts because of seasonal flooding, fish, a staple of the Amazonian diet, have disappeared from markets, and prices of other products have risen, Estela Maria Perez Vilchez, 42, told CNS.

Perez, who works as a cleaner at a dialysis clinic, considers herself lucky to have a job during the shutdown. Despite the government order to stay at home, some of her neighbors still venture out for a few hours a day to sell items or drive motorized rickshaws in an effort to earn a few dollars.

“There’s no work, and people don’t know if they’re going to be able to eat,” said Perez, a lay catechist in the sprawling Immaculate Conception Parish.

Good hygiene is also difficult for many people, who lack running water in their homes and must pay others a few cents for a bucket of water for washing.

Perez misses the weekly gatherings in the neighborhood chapel, where she would normally lead the Liturgy of the Word and be starting religious education classes for children this month.

“We pray that nothing will happen” and that the state of emergency can be lifted soon, Perez said. To avoid catching the virus, she added, “I take precautions, but the one who protects me most is God.”

Contributing to this story were Lise Alves in Sao Paulo and David Agren in Mexico City. 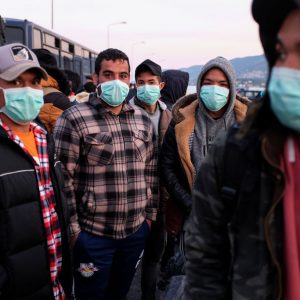 Mar 26, 2020
Copyright 2019 Maryknoll Fathers and Brothers. All Right Reserved.
Back to top