" /> Many Faces of Mission in Chicago | Maryknoll Magazine

Many Faces of Mission in Chicago

When asked what Scripture passage most inspires him as leader of the Chicago Archdiocese, Cardinal Blase Cupich responds immediately: The Sermon on the Mount. “Jesus looks over the crowd and says, ‘Blessed are you…’ ” the cardinal says.

“A bishop—called in Latin episcopus or overseer—is called to look over his people and remind them how blessed they are,” he explains. 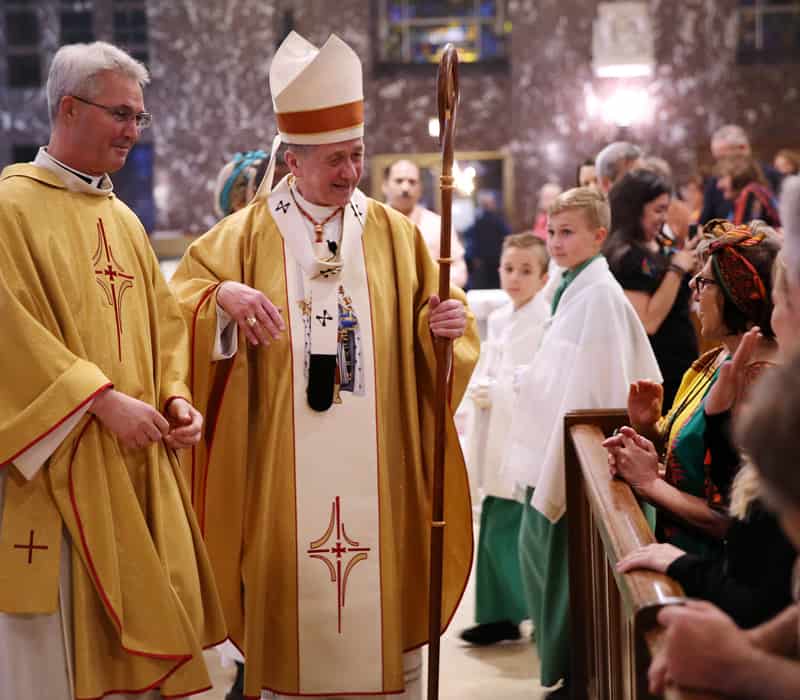 In this archdiocese of more than 2.2 million Catholics, blessings abound, he says, beginning with ethnic diversity. “Masses are celebrated each weekend in 26 different languages,” Cardinal Cupich says. But he is quick to point out that in Chicago, faith goes beyond church buildings. “People are taking up the mission of Christ,” the cardinal says.

His words come alive when meeting parishioners like those in St. Ferdinand Church who have joined in the work of the Missionaries of the Poor (MOP), a religious community of brothers dedicated to serving the most vulnerable people, including adults with HIV, orphaned babies and children living in the slums, in nine countries overseas. Eleven years ago, members of St. Ferdinand, a predominantly Polish community, began collecting food and other needed supplies for MOP’s missions.

Since then, their outreach has grown not only to involve several neighboring parishes in food and clothing drives for MOP missions but also in training and sending St. Ferdinand parishioners to serve as missioners themselves. 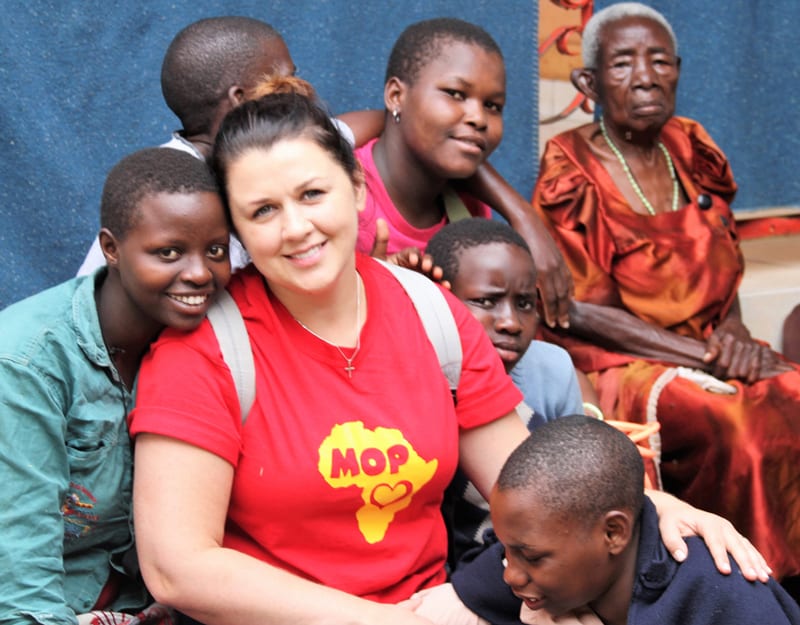 Marta Robak, coordinator of volunteers from St. Ferdinand parish who serve with the Missionaries of the Poor, a religious community of brothers who minister to the most vulnerable people, finds joy surrounded by residents of MOP-run Good Shepherd Orphanage Center for girls and elderly women in Uganda. (Courtesy of Marta Robak/Uganda)

“You go with an open heart and mind, and there is work for everyone. But just to be there—to listen to people and hold their hands—is most important,” says Marta Robak, who coordinates the volunteers and has participated in more than 30 mission trips to Jamaica, Haiti, Kenya, Uganda and India. She credits St. Ferdinand’s pastor, Father Jason Torba, with engendering the mission spirit in his parishioners, whom he has accompanied on several mission trips.

Father Edmond Aristil, a native of Haiti, is another Chicago priest who encourages people to embrace their baptismal call to be missionary disciples. Since 2014 he has been taking Chicagoans to meet their brothers and sisters in his homeland. “Our goal is to be in solidarity with the community and ask what they need,” says Father Aristil. Sanitation, housing and education were needs the Haitians articulated.

“We developed a plan for fundraising and participation to address those needs,” says Father Aristil. To date, Chicagoans have helped their Haitian friends build four houses and outdoor latrines and set up a sponsorship fund enabling 46 children to go to school. 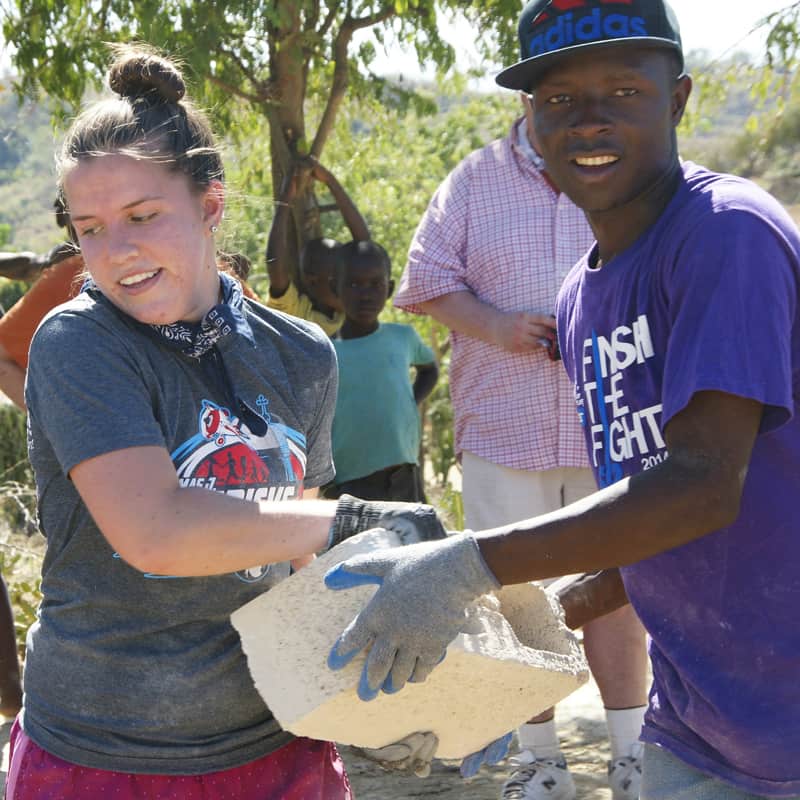 Jason Stamps and his wife, Terra, take turns traveling with the U.S. contingent to Haiti each year. He says he will never forget the elderly Haitian woman who put a cinderblock on her head and carried it down the road to one of the housebuilding projects. Choking back tears, he recalls Susanna, a blind woman, and her daughter struggling to come to Mass each day. He brings his camera and laptop to capture his experiences. “I need to tell my kids these stories,” he says.

“We come alive when we help people around the world,” affirms Cardinal Cupich. And, he says, it is a spirit of service that will attract young people to the Church. The Warriors of Peace from St. Gall parish are living proof of that.

Even as they reach across international borders to serve others in need, Catholics in Chicago are also addressing needs closer to home. In the Back of the Yards neighborhood on the South Side of Chicago, an area affected by crime and violence, Precious Blood Ministry of Reconciliation (PBMR) is an oasis of peace. There, co-founder Precious Blood Father David Kelly and a 19-member staff, including former inmates, work to bring about harmony and healing through restorative justice. 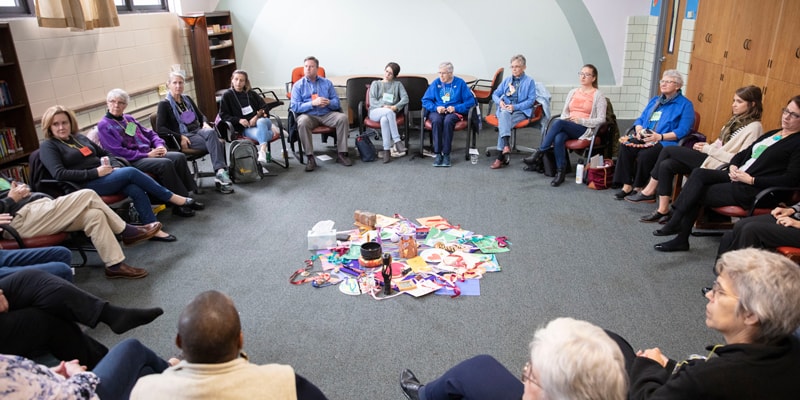 Precious Blood Ministry of Reconciliation offers Catholic leaders training in restorative justice through peacemaking circles to use in a variety of settings. (Octavio Duran/U.S.)

Father Kelly and his team have devised a four-day training program for using this process in parishes, schools and families to address any situation where reconciliation is needed. Recently the Catholic Mobilizing Network, a national Catholic organization working to end the death penalty, gathered Catholic leaders from across the United States to attend the PBMR training. “This framework allows us to heal the harm caused by crime through transformative encounters that model Jesus’ reconciling way,” says Krisanne Vaillancourt Murphy, executive director of Catholic Mobilizing Network.

The PBMR center also serves as a safe space for local youth and a training ground for at-risk Chicagoans, including former inmates, to learn job skills. “It’s all about relationship building,” says Father Kelly. “We are called to heal.” 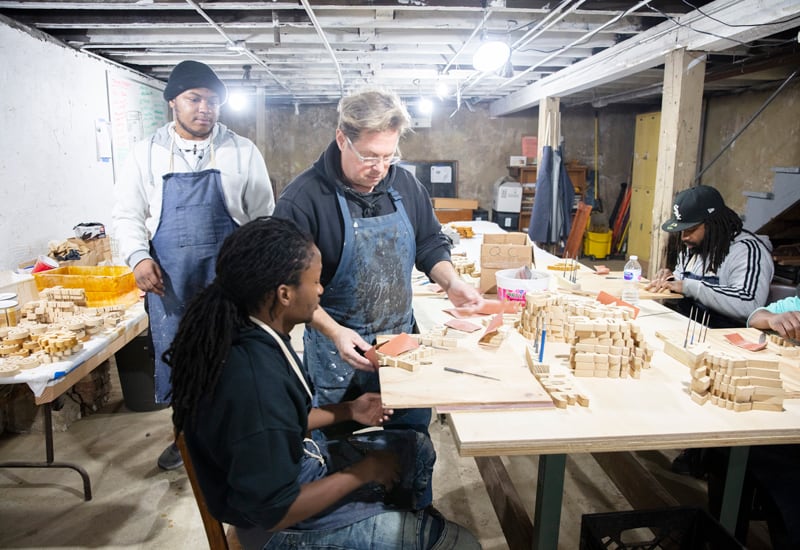 Healing and relationship building were the goals of Michael Okinczyc-Cruz and six other Catholic leaders when they founded the Coalition for Spiritual and Public Leadership (CSPL) in 2017. “We felt the need for Catholics to be more involved in organizing for social change,” says Okinczyc-Cruz. This not-for-profit organization addresses racial, social, economic and environmental injustices by training local leaders in Catholic social teaching and community organizing. Participants put what they learn into practice serving on committees that focus on issues such as safety and violence as well as immigration.

The Safety and Violence Committee, reports Okinczyc-Cruz, recently brought together parents and youths to lobby for public funds to ensure safe routes to school in a neighborhood where schoolgirls were being threatened by bullying and sex trafficking.

In 2010 the Chicago Archdiocese established the Pastoral Migratoria to respond to the needs of the growing number of newly arrived immigrants, particularly Hispanics, who, Cardinal Cupich says, make up over 40 percent of Chicago’s Catholic population.

“Our goal is to form leaders to be protagonists of their own destiny,” says Elena Segura, national coordinator of Pastoral Migratoria, who has brought the program to other U.S. dioceses. 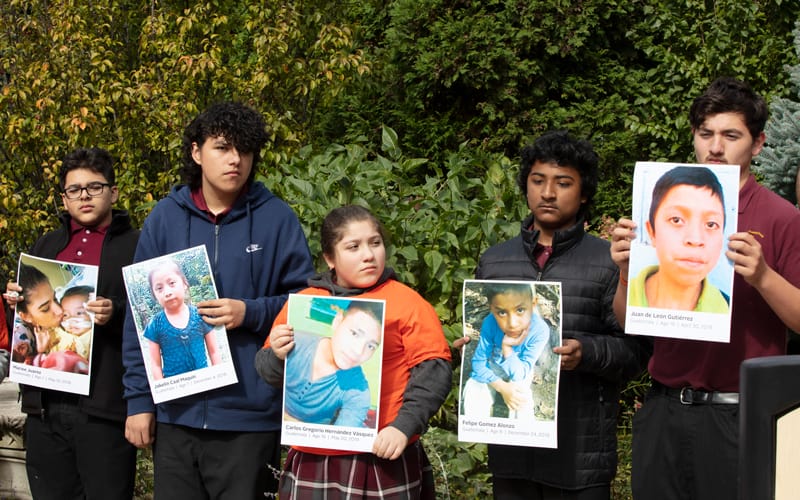 Young Chicagoans participate in a prayer vigil calling for humane treatment for immigrant children such as those in the pictures they are holding, who died after being detained at the U.S. border.
(Octavio Duran/U.S.)

Formation consists of a six-week leadership training series based on Catholic social teaching. Using the methodology of “See-Judge-Act,” the program combines Scripture reflection with analysis of civic issues from an immigrant perspective. It is designed to lead to Christian action for justice, such as the ecumenical prayer vigil Pastoral Migratoria helped organize last fall calling on people of faith to fast, pray and urge civic leaders to vote for legislation that will ensure immigrant children are treated with dignity.

Kevin Foy, former Maryknoll mission promoter and now director of Chicago’s mission office, counts among the archdiocese’s blessings the many missionary groups whose houses of formation are in Chicago, where candidates study at Catholic Theological Union and serve the local community. The Maryknoll Fathers and Brothers and Maryknoll Sisters are among them. 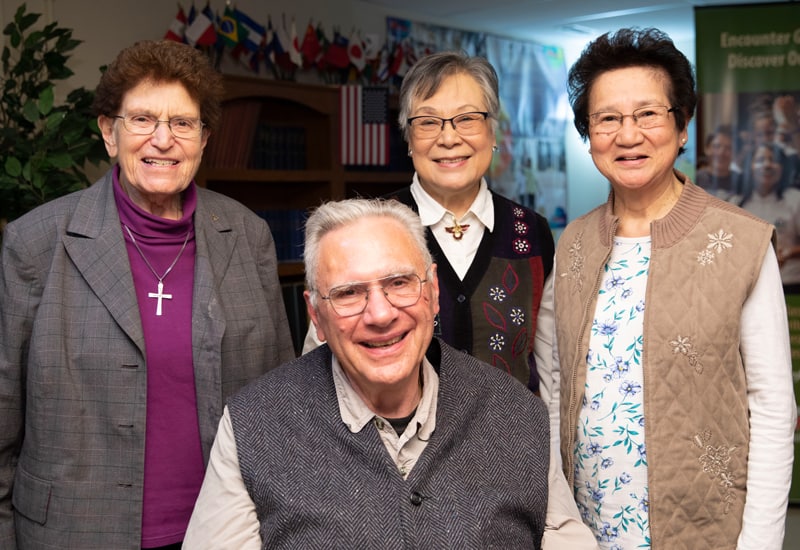 A vibrant Maryknoll Affiliate chapter also meets regularly, energizing members like Tom and Florence McGuire in their lives of service. “Everyone is searching for what Christ has to give,“ says Tom, who facilitates the peace and justice ministry in Chicago’s St. Pascal parish. “Our vision is to share the civilization of love.“

That, it seems, sums up the spirit of mission in Chicago. 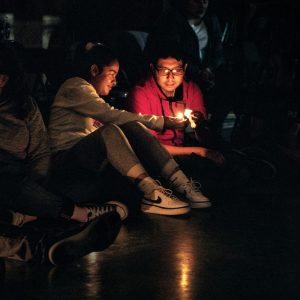 Catholic Hispanic young adults mentor youth on the South Side of Chicago || On a Friday night, a basement on the South...