The main square of the Curepto municipality, a rural town of about 10,000 people some 190 miles south of Santiago, Chile, has a monument of Maryknoll Father Joseph Cappel riding a bicycle. It was installed in August 2014, the same year that the people of Curepto signed a letter requesting the opening of the cause of beatification of their beloved priest.

Unlike many saints, Father Cappel was not a heroic martyr of the Church. He simply did what all of us Maryknollers attempt to do: serve the people of God as Christ’s representatives. He did this for 50 years in the same poor rural parish, biking his way to the rural outreaches, over mostly dirt roads, to bring the Gospel and the sacraments to his parishioners. He was known by the people as a cheerful and prayerful man. The bishop of Talca knew him well, and even gave him a secret appointment as the exorcist of the diocese, a post only given to a priest who is strong in his vocation and is widely recognized as a holy man.

Joseph Henry Cappel was born in Covington, Ky., on Nov. 16, 1908, son of Joseph and Eleanora Farfsing Cappel. He had six brothers, one of whom was also a Maryknoll priest, Father Charles Cappel. Joseph Cappel attended St. Matthew’s grade school in Norwood and graduated from St. Mary’s High School in Cincinnati in 1927. He attended the University of Dayton in Ohio for two years and then began studies at St. Gregory’s Seminary to be a Cincinnati diocesan priest. But he met Maryknoll priests who lived at a Maryknoll house near the seminary and felt attracted to overseas mission. He entered Maryknoll Seminary in September 1931 and met Maryknoll founder Bishop James Anthony Walsh, who presided at his ordination on June 16, 1935. That same year, Father Cappel began his first mission assignment to North Korea, then under Japanese rule. 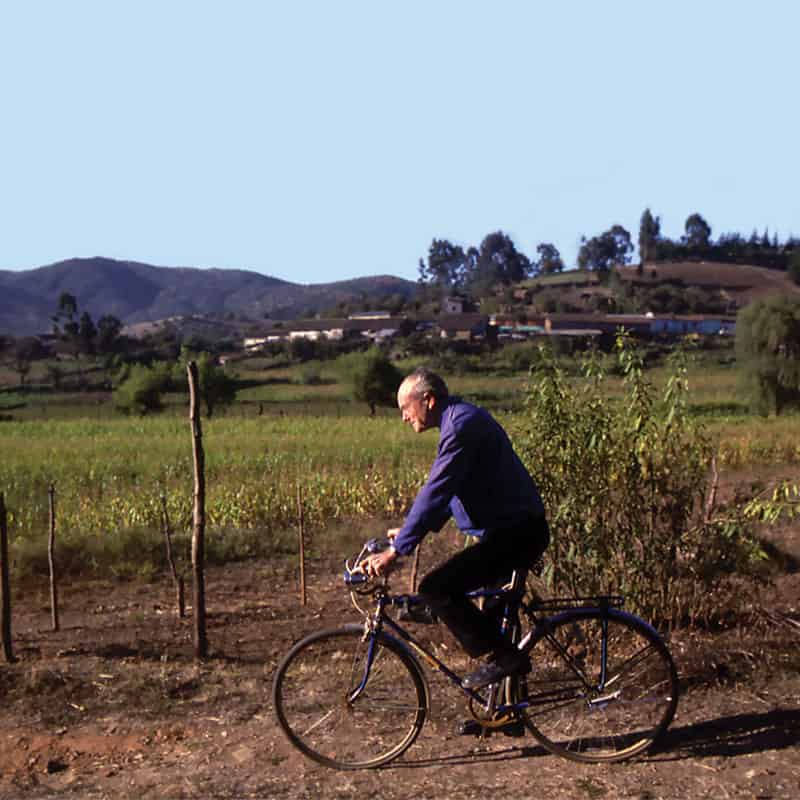 After Japan attacked Pearl Harbor in 1941 and the United States entered World War II, he and nine other U.S. priests were sent to a concentration camp for five months. Under a civilian prisoner interchange agreement, they were returned to the United States. In 1943, Father Cappel was assigned to Chile.

He remained there for all his missionary life, except for one year, in 1947, when he returned to the United States to serve as assistant spiritual director at Maryknoll Seminary in Ossining, N.Y.

In 1949, he was made pastor of Nuestra Señora del Rosario parish in Curepto, an extensive parish where he helped develop 13 chapels, found a home for the elderly poor, a parish school and even helped expand the local cemetery. He also helped form prayer and apostolic groups in Curepto, where he served until his death in 2004. Some 3,500 people attended his funeral Mass, concelebrated by 40 priests, in Curepto’s main plaza. 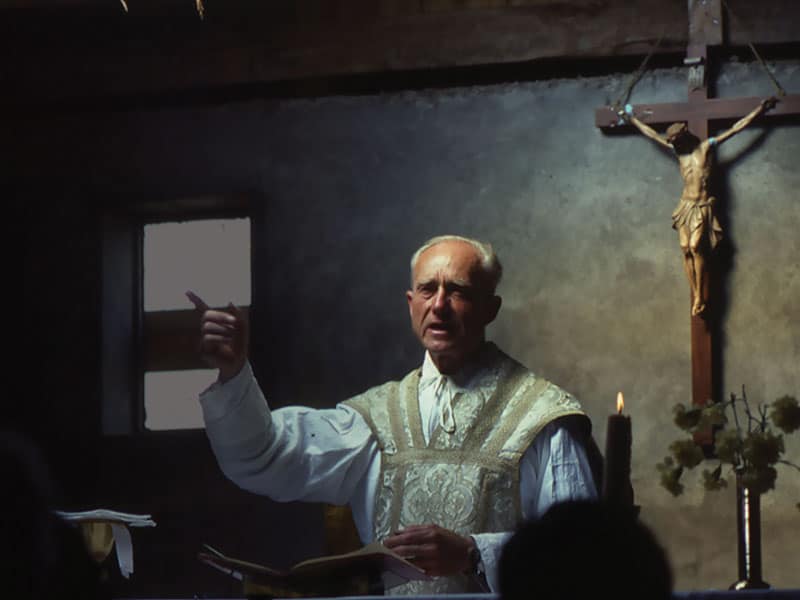 Father Joseph Cappel proclaimed the Gospel in word and deed for more than 50 years in his parish, Nuestra Señora del Rosario, in Curepto. (Maryknoll Mission Archives/Chile)

Ricardo Rojas Valdés, the vice postulator of the cause of canonization of Father Cappel, told Catholic News Agency: “Throughout his life he lived the heroic virtues that the Church asks to qualify someone as a saint. Everyone has something to say about the good he did. Although he maintained his foreign accent, Father Cappel made himself understood through the language of love, of love for the poor and the sick.”

One day, Father Lukaschek recalls, some visitors came from the United States to visit Father Cappel. One of them was a young man who was an avid cyclist.
He asked Father Cappel if he could accompany him on his rounds bringing Holy Communion to the sick of the parish. Father Cappel said he would love the company, and found the visitor a good bicycle to ride. Soon, the elderly missionary had to slow down for his youthful companion to keep up on the dirt roads. In the end, the younger man had to tell Father Cappel to go ahead, that he would somehow find his own way back to the parish. 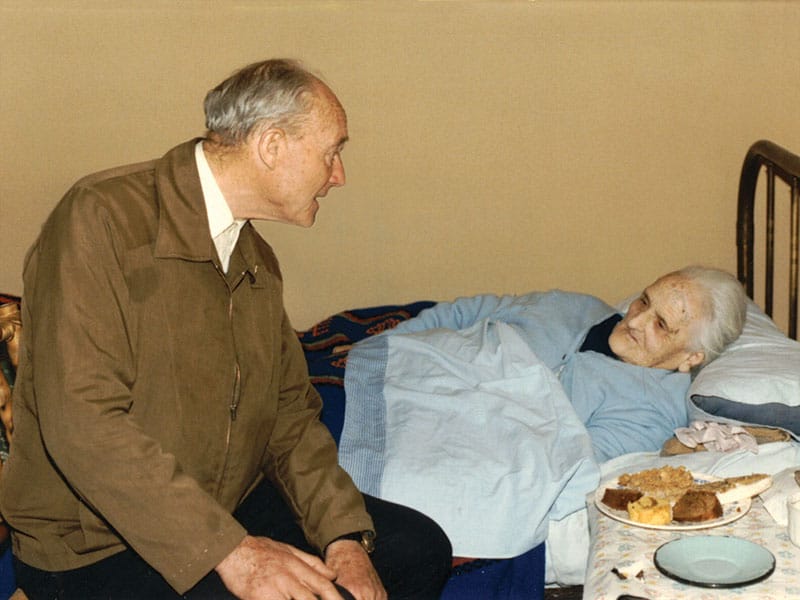 Known as a cheerful and prayerful man, Father Cappel was indefatigable in sharing God’s love with the elderly, sick and homebound. (Courtesy of Ricardo Rojas Valdés/Chile)

After Father Cappel’s death, the people of Curepto, in the Diocese of Talca, began talking about the possibility of putting him forward for canonization. A process of investigation and consultation was begun with the people who knew him, and the bishop concluded he was a worthy candidate. The bishop asked other bishops in Chile what they thought of proposing Father Cappel’s cause for sainthood. They all agreed. On May 31, the anniversary of Father Cappel’s death, in 2016, a formal opening session was held in the parish of Curepto, with many of the faithful and two bishops witnessing this joyful beginning.

St. John Paul II, in the 1980s, had brought the whole process for canonization into the modern age. Before then, all the work had to be centered in Rome, with directions and questions going back and forth from far-flung dioceses in the world. Pope John Paul decided instead that, after an initial investigation, a diocese could petition Rome for a cause to be opened. Rome would do its own investigation into the merit of this request, and, if it were found worthy, they would let the bishop know he could proceed with the first or “Diocesan Phase.”

That is where Father Cappel’s cause is at present. The bishop appointed different people to do different tasks associated with the cause. For example, two theological censors read all the written works the candidate may have published, and decide whether everything in them corresponds to the doctrine of the Church. A team of three historical commissioners researches all that is known about the person, now called “Servant of God,” and tries to give an accurate picture of the Servant’s strengths and weaknesses. A promoter of justice tries to make sure that all are very thorough and honest in their research, so that nothing is covered up or hidden that might damage the Church. After all the work is complete, which can take a number of years, the paperwork and testimonies are packaged up and sent to Rome, which begins the “Roman Phase.” 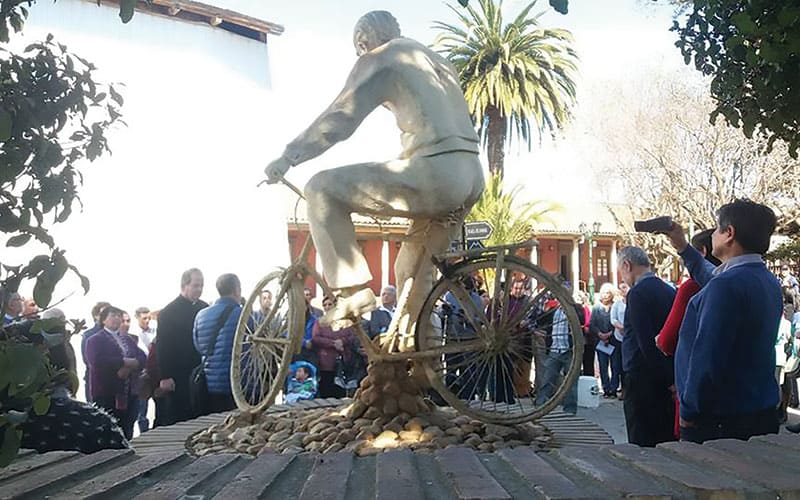 A monument of “The Bicycle Priest” has been installed in the main square of Curepto by the people he served, who have asked that he be canonized. (Courtesy of Kevin Hanlon/Chile)

Last October, as someone who works on Father Cappel’s cause from afar, I traveled to Chile to be part of a procession from the Curepto church to Father Cappel’s tomb, at a cemetery about a mile from the church. There, Bishop Galo Fernández, administrator of the diocese of Talca, led us all in a Mass at the large Catholic chapel in the cemetery. He spoke with much fervor about the life and legacy of Father Cappel.

Every person I have met who knew Father Cappel thinks he was a great and holy priest. Though I never sat and talked with him, I now consider him a great spiritual friend.

Featured Image: A visitor prays at the tomb of Father Joseph Cappel in a cemetery about a mile from the church in Curepto where the Maryknoll priest served. (Courtesy of Ricardo Rojas Valdes/Chile)

Gregory McPhee: Advocating in the Spirit 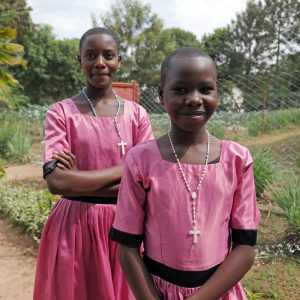 How one Catholic diocese in Tanzania works to protect girls from abuse || When she was only 8 years old, Ghati was sold...