Gregory McPhee: Advocating in the Spirit

As a criminal defense lawyer in Syracuse, N.Y., Gregory McPhee enjoyed his job. “I liked going to court, litigating, arguing and thinking on my feet,” he says. But as he worked hard to balance the scales of justice on the side of the accused, he knew deep down that something was missing. “It just felt like I wasn’t really helping people in the way they needed to be helped,” says McPhee, explaining that he was concentrating more on getting people acquitted than turning their lives around.

Then the Holy Spirit intervened, he says, and led him on the path to missionary priesthood and the possibility of accompanying the world’s most vulnerable people in their search for God’s love and light. He will be ordained to do that as a Maryknoll priest on June 6. (Update: Deacon McPhee’s ordination has been postponed due to social distancing measures in place to prevent the spread of COVID-19. We will share more details about the new ordination date once this has been confirmed.)​

The journey has been rather circuitous for the athletic, redheaded attorney, who turns 50 in May. Born in Florida, he moved with his parents to upstate New York when he was 2 years old. The family continued to move often, he says, as his father, Gerard, attended medical school to become a radiation oncologist and his mother, Carol, did graduate studies as a political science professor. “I went to four different schools before the fifth grade,” says McPhee, who has a younger sister and two younger brothers. Eventually, the McPhees settled in Syracuse, the city he now calls home.

After receiving his bachelor’s degree with a double major in politics and economics from the University of California Santa Cruz, McPhee attended St. John’s College, a non-denominational school with campuses in Santa Fe, N.M., and Annapolis, Md. Studying on both campuses, he earned a master’s degree in liberal arts in the Great Books program, a curriculum that eschews textbooks in favor of reading and discussing the great literary works of Western civilization. “I loved learning and sharing new ideas,” says McPhee, who in the midst of his studies earned his pilot’s license. “Then I felt I needed to do something more hands-on with people.” 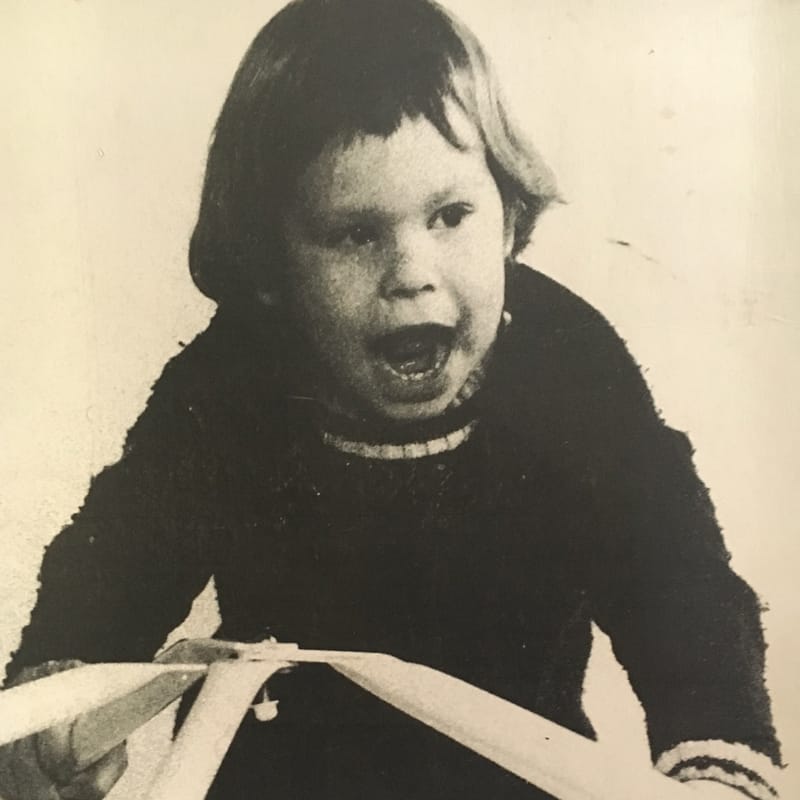 He decided to pursue a law degree at the University of California Berkeley. “My motivation was to help people and be their advocate,” he says, but admits he was fueled by humanitarian rather than faith-based concerns. “Catholic values had been instilled in me as part of my family,” says McPhee. “I believed in God and always had a Catholic perspective. But I had stopped going to church. I had become very secular and focused on the things of this world.”

A profound spiritual experience changed everything for the young lawyer. “I had gone my own way,” he says, “and then God was there to receive me when I came back, with all that love and forgiveness that helped me to heal and change, change in the sense of finding myself in God.”

His response was to get involved in service in his community: building houses for the poor with Habitat for Humanity, volunteering with the homeless as well as bringing Communion to the homebound. He gave up his law practice and began teaching paralegals.

Meanwhile, his prayer life deepened. He sought spiritual direction from the late Jesuit Father George Coyne, who was teaching at Le Moyne College in Syracuse after leaving his post as director of the Vatican Observatory, the astronomical research and education institution of the Holy See. Father Coyne helped McPhee discern his call to overseas mission, and the young man contacted the Maryknoll Society. “It felt like family when I visited,” McPhee recalls. “They sent me to Bolivia for four-and-a-half months for language training.” 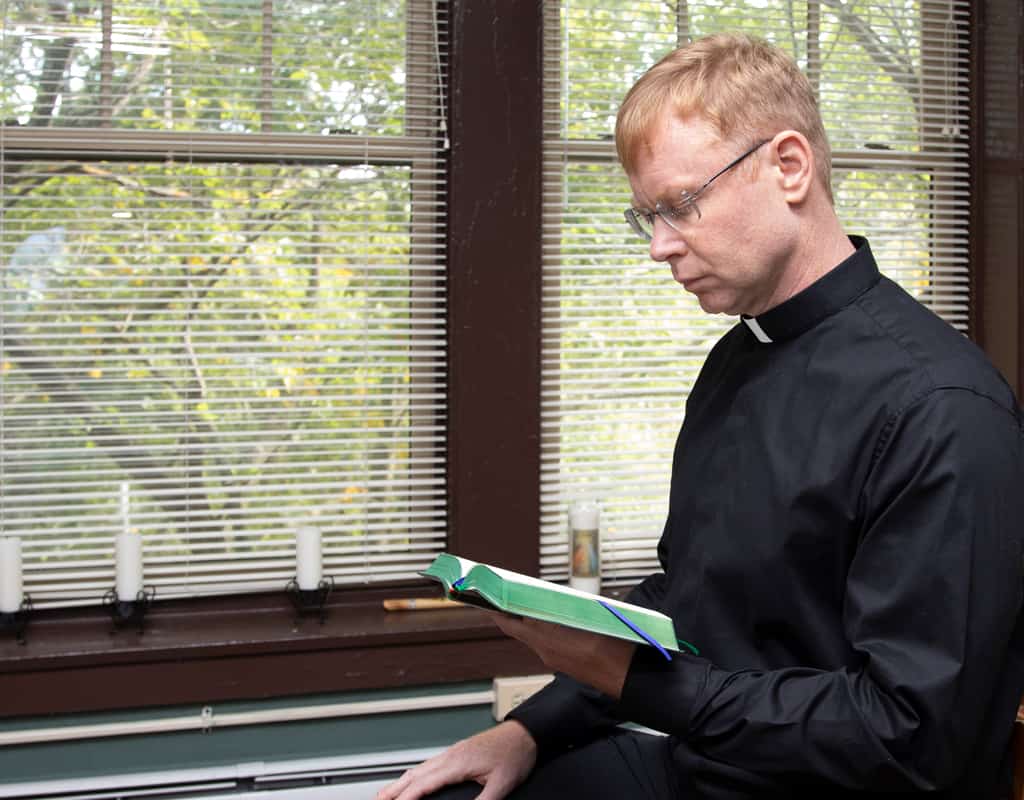 He enjoyed learning Spanish and getting the taste of another culture. “That confirmed my call to Maryknoll and mission,” he says. He was accepted into the Maryknoll Society as a candidate for priesthood in 2012 and joined other candidates preparing for mission at the Maryknoll formation house in Chicago.

His two years of overseas training in Tanzania, he says, not only solidified his vocation but further deepened his spiritual life. “The people taught me because they were Christ-like in their compassion and acceptance of me,” he says. Their patience as he grappled with their Swahili language helped him to accept himself and put more faith in God, as they do.

“Everyone there seems to believe in God,” he continues, “and they live that out in their generosity to others.” He cites the example of children he would meet at the clinics, who would share the one piece of candy he had given them with another child, even though they had nothing themselves. “They taught me to be like a little child before Christ and to rejoice in the small things of life,” McPhee says. He praises Maryknoll Father John Waldrep, pastor at St. Thérèse of the Child Jesus parish in Dar es Salaam, where McPhee worked during his overseas training. “He’s so non-judgmental,” says McPhee of his mentor. “He helped me connect with the people.” 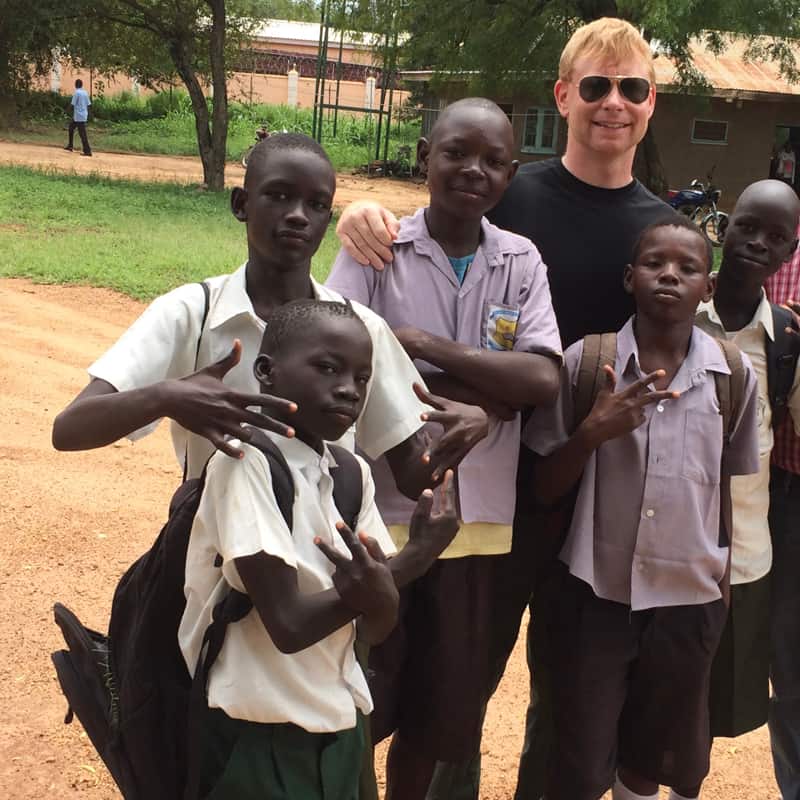 During his overseas training program in Africa, Gregory McPhee visited a school in South Sudan, where students clowned for the camera. (Courtesy of Gregory McPhee)

Connecting with the people included conducting Bible study and catechetical training and visiting the sick. “Just being in people’s homes opened me up to their way of life,” he says. “Death is part of life there.” He recalls visiting a woman to console her on the death of her daughter only to learn she had just lost her granddaughter as well.

“It’s often some tragedy,” he says, “but people are resilient and you kind of stay with them in that emotional space.”

Back in Chicago for his final year before ordination, McPhee has been serving as a deacon at St. Ita’s parish, where he assisted at Sunday Mass, in administering the sacraments and with the RCIA program. He also tutored East African students in English while pursuing studies in pastoral counseling at Loyola University. 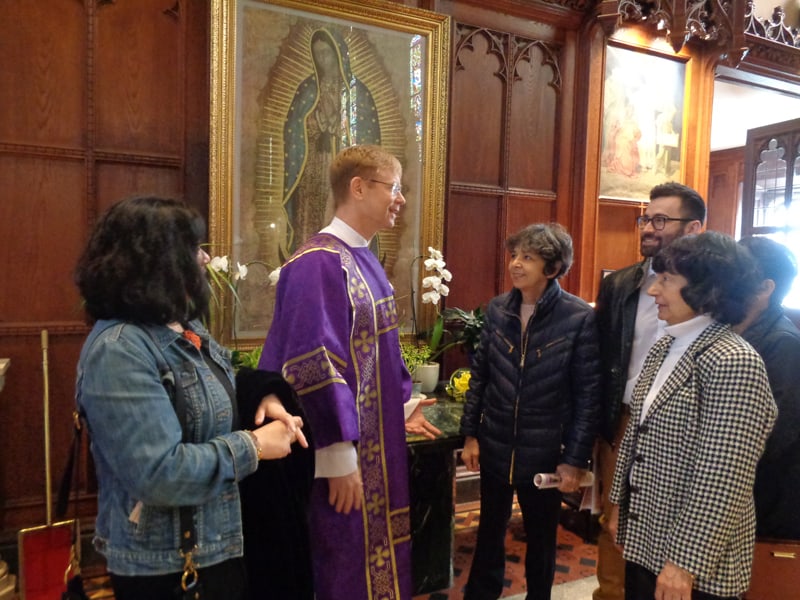 After assisting at Sunday Mass at St. Ita’s parish in Chicago, where he served as a deacon, Gregory McPhee greets some parishioners. (Courtesy of Gregory McPhee)

After ordination, he has been assigned to the Latin America region and will begin his life as a Maryknoll priest in Bolivia. He is unsure what form his ministry will take, but he is certain of his direction. “I want to be Christ for those who are most in need,” he says, “to see the goodness they have that others might not see … and to help build a community together like the original disciples.”

He still wants to be an advocate for those in trouble, but with the guidance of the Holy Spirit, he says he hopes “to help people transform internally as I continue my own transformation.” 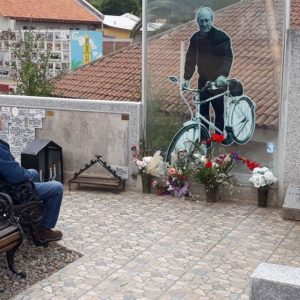 The people in rural Chile ask that Maryknoll Father Joseph Cappel be canonized || The main square of the Curepto municipality,...