" /> From The Editor | Maryknoll Magazine

Go forth. We hear that a lot this time of year in commencement ceremonies at high schools and universities. At Maryknoll we traditionally hear it in May and June when new priests are ordained. And, of course, we hear it regularly at the closing of Mass. In keeping with that, we chose it as the theme of this issue. Going forth is core to the Gospel message, to the mission of the Church and, thus, is a recurring theme for Pope Francis. The pope reiterates this time and again, to clergy, religious and lay people alike: Go and do something for those on the margins, for the poor, the migrant, the refugee, and in so doing, be peacemakers.

In that vein, I invite you to read in this issue of two remarkable young men who are scheduled to become the newest Maryknoll priests. Their ordinations come six months shy of the 100th anniversary of the first Maryknoll ordination, that of Francis Xavier Ford on Dec. 5, 1917. The following September, Father Ford (later bishop) and three other priests were sent forth to our first mission in China.

Going forth is simply what mission is all about. So join us by reading about how others are going forth, from feeding hungry children in Tanzania to working for peace in the Philippines to helping immigrants at home here in the United States. And, if you’d like, send me a note and tell me, “How do you go forth?” 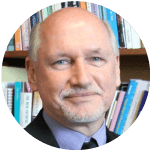 Send Me a Note!

Copyright 2019 Maryknoll Fathers and Brothers. All Right Reserved.
Back to top