In 2000, the United Nations adopted the eight Millennium Development Goals, to be met by 2015. The goals form a blueprint agreed to by all countries and leading development institutions.

The Maryknoll Office for Global Concerns (MOGC), which represents the Maryknoll Fathers and Brothers and Maryknoll Sisters as a nongovernmental organization (NGO) with consultative status at the United Nations, is committed to promoting the goals by working with other NGOs for their implementation.

Included in the third goal is elimination of gender disparity in primary and secondary education by 2005, and in all levels of education by 2015. The critical nature of this objective was highlighted in 2012 when religious extremists attacked Malala Yousafzai, a then 15-year old Pakistani girl who advocates for girls’ education.

The United Nations Educational Scientific and Cultural Organization (UNESCO) in its October 2013 report “Education for All Global Monitoring Report Fact Sheet” says that 31 million girls of primary school age are still not in school. Of these, 17 million are expected never to enter school. At the same time, 27 million boys of primary school age are out of school. Only two out of 130 developing countries have achieved the target at all levels of education.

Globally, women held 40 out of every 100 jobs in the non-agricultural sector in 2011. In many countries, women continue to face discrimination in access to education, work and economic assets, and participation in government. In every developing region, women tend to hold less secure jobs than men, with fewer social benefits. According to the U.N., violence against women continues to undermine efforts to reach all Millennium Development Goals; poverty is a major barrier to secondary education, especially among older girls; women are largely relegated to more vulnerable forms of employment.

In March, the Commission on the Status of Women will hold its annual evaluation on the progress of gender equality. The review theme for this year is “access and participation of women and girls to education, training, science and technology, including the promotion of women’s equal access to full employment and decent work.”

Maryknoll has a long history of promoting education at all levels, particularly for girls and other vulnerable groups. The Maryknoll Sisters established high-quality schools for young women around the world and the local communities now manage most of them.

As part of our commitment to gender equity in education, the MOGC will facilitate Maryknoll’s participation as an NGO with consultative status at the Commission on the Status of Women meetings in March. Contact MOGC for information about the meetings and the commission’s reports and findings.

Faith in action:
The United Nations Girls’ Education Initiative, launched in 2000 by the U.N. Secretary-General to assist national governments as they fulfill their responsibilities toward ensuring the right to education and gender equality for girls and boys alike has released its policy advocacy agenda, “All Girls Achieving and Learning,” available with other resources from the initiative’s website, http://www.ungei.org. Visit the site, read the agenda and learn more about efforts being made to ensure that Malala and millions of other children receive an education.

The Maryknoll Office for Global Concerns publishes NewsNotes, a bimonthly newsletter on issues of international justice and peace. To sign up for free MOGC publications, send your name, location and email address to ogc@maryknoll. org or visit www.maryknollogc.org

Featured Image: Many women worldwide, like these in Ethiopia, are still relegated to vulnerable forms of work. (S. Sprague/Ethiopia) 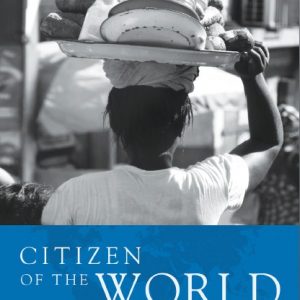 || Preview by James Keane Is there a way to respond more authentically and effectively in our strategies for solidarity...

Jan 2, 2014
Copyright 2020 Maryknoll Fathers and Brothers. All Right Reserved.
Back to top