Maryknoll Affiliates in Milwaukee are following their call to mission by providing services to refugees from Myanmar Poe Ru had to stop going to school to help his parents plant rice and vegetables in the small village in Myanmar where he grew up. Suffering as a member of an ethnic minority group in a country besieged by ongoing civil war, he left his family at age 14 to look for a job.

Like many migrants who were fleeing to the border with Thailand, Poe Ru worked as a farmer for five years, until one day, while he was cutting grass with a knife, a landmine exploded on him and he lost both arms and one eye.

Poe Ru and his brother were granted asylum and arrived in Milwaukee, Wis., in August 2010. They are two of 73,000 refugees from Myanmar (also known as Burma), who, according to the U.S. State Department, have resettled in the United States since 2005. While the United States is ending its program to receive refugees, an estimated 150,000 people still live in Thailand’s refugee camps.

Although life for Poe Ru continues to have its challenges (his seven siblings still live in Myanmar and he was not able to return to his country last year when his mother died), he enjoys participating in his new community, St. Michael’s parish, where Maryknoll Affiliates volunteer to teach English to refugees. “I’m happy to go to school in Milwaukee,” says Poe Ru, referring to the English classes, which he hopes will be a steppingstone to further schooling and to citizenship. 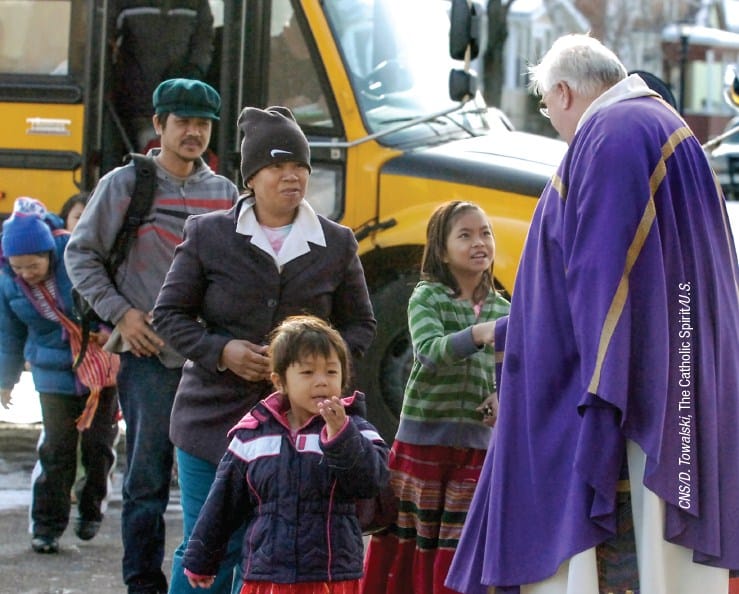 Patricia Roehrig, the Maryknoll Affiliate who coordinates the group’s ministry to refugees, sees that work as a continuation of a parish tradition. “St. Michael’s has always been an immigrant parish,” she says, explaining that St. Michael’s was founded by German immigrants 135 years ago. “St. Michael’s is a unique multicultural community, serving immigrants from Mexico, Laos, and now three distinct clans from Myanmar.”

“I am originally from Milwaukee and heard of Maryknoll after high school. I was attracted by their work and became a member of the Maryknoll Sisters for 18 years,” says Alice Murray. “After I left the Congregation, I was married to Francis T. Murray for 32 years until his death in 2007. Since then I have volunteered in several local efforts, including prison ministry, choir, mediation with the district attorney’s office, and a prayer group with homeless people.”

As a Maryknoll Affiliate she helps tutor the 25 Burmese refugees who attend ESL (English as a second language) classes at St. Michael’s.

“Many refugees settled in other states have moved to our area because they want to join family members or need further assistance from a local church. St. Michael’s helps them find a place to live, and helps them with furniture and home furnishings,” explains Roehrig.

“In the course of ministering to our refugees, we find so many serious needs, including treatment for post-traumatic stress disorder, the need for eyeglasses, prosthetics, dental care, clothing, supplemental income, registration of the children in ESL schools, adult ESL programs, landlord issues, and being part of a faith community.” The Affiliates, she says, provide referrals to the appropriate services.

More than 1,500 Burmese refugees have settled in Wisconsin, most in Milwaukee. The U.S. State Department provides financial assistance for the first 30 to 90 days they are here. As they have adapted to a new life, they have also been aided by non-profit organizations such as Catholic Charities, Lutheran Social Services and the International Institute of Wisconsin.

At St. Michael’s, the refugees also get spiritual support. With the help of two interpreters, they receive Christian formation and preparation for the sacraments, explains Roehrig. She and the other Affiliates rejoice in the part they play in helping newcomers like Poe Ru feel at home.

Nowadays, for Poe Ru life is promising. He and Moo Paw, another Burmese refugee he met in the refugee camp in Thailand, now have a daughter, Laura, who was born in 2013. Moo Paw first settled in North Carolina but came to Milwaukee after Poe Ru told her of the welcoming assistance refugees receive at St. Michael’s.

Stories like Poe Ru’s make Roehrig and the other Milwaukee Affiliates feel they can be missioners wherever they live. “I was once told by a friend that I have a missionary heart,” she says. “I know that physically I would not have been able to be a missionary in a different country. So, being an Affiliate is perfect for me!” 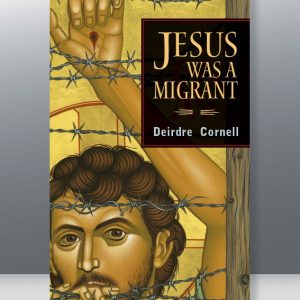 Preview by Michael Leach Who are these men and women who plant and harvest our food, paint our houses, watch our children...

May 4, 2014
Copyright 2020 Maryknoll Fathers and Brothers. All Right Reserved.
Back to top