Faced with the challenge of leading the Maryknoll Fathers and Brothers through its centennial celebrations in 2011, Superior General Father Edward Dougherty was seeking advice. Without hesitation, he went to Mission St. Teresa, the Society’s nursing home on the grounds of Maryknoll, N.Y. He knew he’d get words of wisdom from the priests and Brothers who live there.

“These are men who spent their lives sharing the Gospel among people overseas. They aged or got sick, returned home and continue to search for God in their lives and the world,” says Father Dougherty.
As for their centennial advice, he adds, “They told me to concentrate only 25 percent of our celebrations on the past and 75 percent on the future.”

Interest in the future of mission seems to permeate life at Mission St. Teresa, from communal prayer for current and prospective Maryknoll candidates to the welcome and witness residents give when the candidates come to visit them.

Maryknoll’s newest priest, Father Lam Hua, describes one such visit he had with the late Father Norbert Verhagen shortly before the veteran missioner’s death.

“The way he talked about his mission in Mexico was like he was still there,” Father Hua says. “He was very excited to share the mission spirit with me. That motivates me now and reminds me it’s not all about me; it’s all about mission.”

Recognizing that spirit when he served as administrator at St. Teresa’s from 1998 to 2004, Father Thomas McDonnell asked that the name of the four-story facility be changed from St. Teresa’s Residence to Mission St. Teresa. “For some, it can seem that coming here means mission is over, but I see these men still living mission,” says Father McDonnell, now himself a resident. 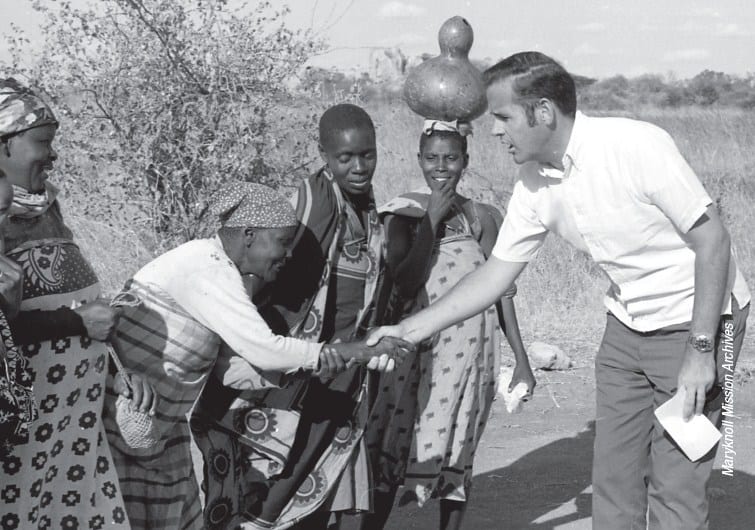 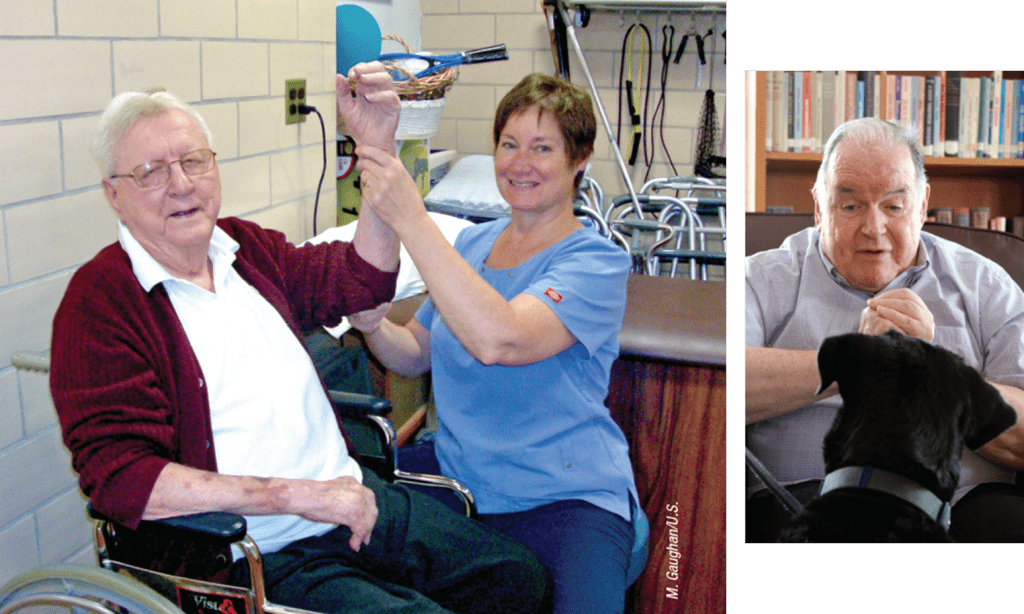 Residents do mission in a variety of ways, he says. Some stay in touch with the people they served. Some use their skills in service to the Society. Brother Adrian Mazuchowski, for example, helps out in the Maryknoll Fathers and Brothers Accounting Department three days a week. Father Fern Gosselin, who grew up on a farm, takes care of the tractors and property surrounding Mission St. Teresa.

He often lends a hand to fellow resident Father John Hudert, who with the help of volunteers runs the Pachamama Farm, a Maryknoll initiative that uses 1.5 acres of land adjacent to Mission St. Teresa to grow vegetables for distribution to local food pantries. But for most of the residents, mission is done in smaller ways.

“Each day is made up of endless opportunities to serve, often as simple as helping someone find his way back to his room,” says Father McDonnell.

Typical of missioners at any age, these men find their strength in spirituality. “Getting old is a challenge,” says Father McDonnell, “but prayer is your lifeline.” It is also a vehicle for mission.

“We pray for our missions and can offer our infirmities for others who are suffering,” says Father Joseph Lang, “but we know mission is not just in fields afar. It’s where you are. As Christians we are all called to share our faith with each other. We can do it right here.”

The members of the pastoral team, which includes resident Fathers McDonnell, Gosselin and Hudert as well as Fathers Alfonso Kim and Edward Moore, ensure the celebration of daily Mass at Mission St. Teresa as well as opportunities for the sacrament of reconciliation and devotions such as Benediction and communal recitation of the rosary. Members of the team also accompany residents to the hospital and remain in prayer with the terminally ill during their last hours.

When 53-year-old Father Alfonso Kim was assigned as director of the pastoral team last year, he admits he was apprehensive, given the age gap between himself and the residents, most of whom are in their 80s. “I am the baby,” he says.

“But these men give me energy and hope. Even being with them in death is teaching me that heaven is just a continuation of our life here on earth. This is a wonderful place for ministry.”
Father McDonnell agrees and praises the mission society and its benefactors for making Mission St. Teresa possible. “I admire Maryknoll’s vision of taking care of our elderly generously, graciously, with a comprehensive view of vocation,” he says.

That vision, he says, extends to the staff of some 50 healthcare professionals who minister to the current 55 residents at Mission St. Teresa. “Whatever they need is what we provide,” says administrator Susan Anello. “Many of our staff have been here a number of years and try to tailor their care to each resident. Above all, we respect their spirituality and faith practices. That comes first.”

Recreation would probably come second. Activities coordinators Anne Cahill and Ed Ciffone offer a host of programs to stimulate mind and body, ranging from sing-alongs to discussions of current events to exercise classes. A popular feature for residents is the weekly visit of Charlotte, a black Labrador Retriever, accompanied by her owner, Steve Saper, a local volunteer.

Every other week Cahill teams up with Father McDonnell to facilitate a “biography” group in which residents share with each other their life stories. “Some of these guys went off to different regions and haven’t been together since the seminary,” says Father McDonnell.

“Now they get to know each other better.” Father Robert Lefebvre says he is also getting a fuller picture of missionary work worldwide. “I served in Africa and Southeast Asia,” he says, “but I knew zero about Latin America. Now I’m learning from guys who served there.”

Missioner tales are often interspersed with humor, says Anne Cahill, noting that laughter is a hallmark of life at Mission St. Teresa.

Humor even extends to physical therapy sessions, provided by physical therapists Sally Peake and Kathy Kane. “A lot of camaraderie takes place during these sessions,” says Kane. “The men encourage each other and poke fun at each other good-naturedly.”

“One resident said that physical therapy is more popular than happy hour!” adds Peake with a smile. Both Peake and Kane agree that working at Mission St. Teresa is much more than a job. “It’s like being with family,” says Kane. “The missioners are so appreciative of all we do and are really concerned about us.”

“I love the positive environment,” says Peake. “I can feel the goodness in this place.”
And what is the secret to happiness at Mission St. Teresa? Father Lefebvre gives a hint.

“The work of a missioner is to help people find Jesus,” he says. “I find him here.”

ON BEING AN ELDER 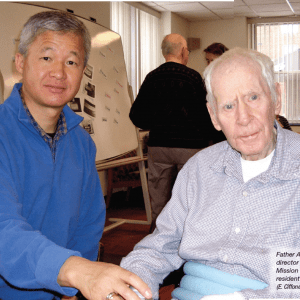 In Mwanza, Tanzania, where I serve with the Maryknoll Lay Missioners, I help run a program for girls to learn life skills,...

Jul 2, 2014
Copyright 2020 Maryknoll Fathers and Brothers. All Right Reserved.
Back to top