The soy saint of El Salvador

Maryknoll lay missioner dedicates her life to feeding the hungry

Before I got to know Maryknoll Lay Missioner Ann Greig, I was a little afraid of her. Tall and wiry, with a no-nonsense demeanor, Ann reminded me of a scary, John the Baptist sort of prophet, who must surely live on locusts in the wilderness while howling, “Repent!”

On a visit to Maryknoll Lay Missioners’ (MKLM) ministries in El Salvador, I found I was right about the prophetic part. Ann lives a compelling witness to that first and most basic of the corporal works of mercy: Feed the hungry. Spend some time with Ann and you will discover she is consumed with getting nourishing foods into children who are at risk for malnutrition.

But I was wrong about Ann being scary. She is easygoing and down-to-earth. She chews gum, dotes on a well-fed pet cat and loves nothing more than a good joke shared over an equally good cup of coffee. 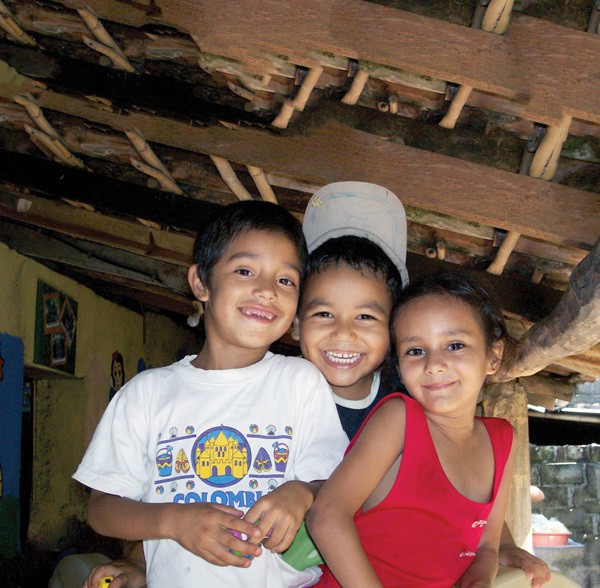 In a country where 19.2 percent of children under 5 are undernourished, the Soy Program gives Salvadoran tots like these the gift of a happy, healthy life.

A self-described “Navy brat,” Ann was born in Rolla, Mo, and grew up “all over the place”: in Hawaii, California, Kansas and Virginia. The family finally settled in Coronado, Calif., where Ann attended high school. Immediately after earning her bachelor’s degree in dietetics from the University of California, Davis, she joined the Peace Corps. Serving in El Salvador, she learned of and joined MKLM in 1982.

After 10 years with MKLM in Peru, Ann went back to El Salvador in 1993, on the heels of that country’s brutal civil war. Soon it became clear to her that disturbing numbers of children were dying, due in large part to malnutrition. In response, she and then-Maryknoll Lay Missioner Sheila Matthews started what Ann calls “a very basic soy food preparation and demonstration ministry” in San Ramón, an impoverished neighborhood of San Salvador, El Salvador’s capital, with the goal of incorporating soy protein into children’s diets. Soybeans are inexpensive compared with other protein sources, Ann says, and there is no waste since the entire bean can be used.

After two earthquakes rocked the country in 2001, Ann expanded the program and began producing soy flour to make soy milk and a hot cereal for breakfast. Now in its third decade, the Programa de Soya has grown to reach 8,500 beneficiaries in San Salvador and its rural environs; the San Ramón branch of the program serves 150 to 200 people—children, pregnant women and lactating mothers—per day. 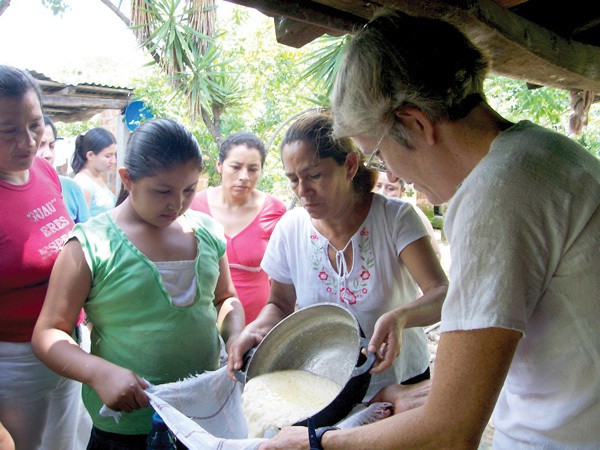 Under the tutelage of Ann Greig (right) women in a poor Salvadoran neighborhood get hands on experience making soy cheese, a nutritional staple for their families.

The numbers matter in this country of 7 million people where, according to the World Food Program, 19.2 percent of children under 5 are undernourished, 40.6 percent of households live in poverty and 12.2 percent of those are in extreme poverty. But it’s the human faces that hold Ann’s attention. Many babies in San Ramón are not born at a healthy weight, nor do they make steady developmental progress. “Do you know what it means for a child to not get proper nutrition?” Ann asks, her voice brimming with intensity. “It affects their brain development! Their whole future hinges on whether they get the right foods now.”

Ann was delighted when Clara, a local expectant mother, drank soy milk during her pregnancy and gave birth to a healthy baby boy. Clara also drank soy milk while breastfeeding her son, and today he continues to thrive.

On a busy street corner not far from the Soy Program’s headquarters, a woman named Teresa ekes out a living for her family selling toasted plantains. She and her husband, Salomón, have four daughters. Salomón is a mechanic, who, like so many Salvadoran men, has only sporadic work. The Soy Program makes it possible for couples like Teresa and Salomón to feed their families. Most households pay about $1.50 (U.S.) a week to receive a weekly allotment of soy products. 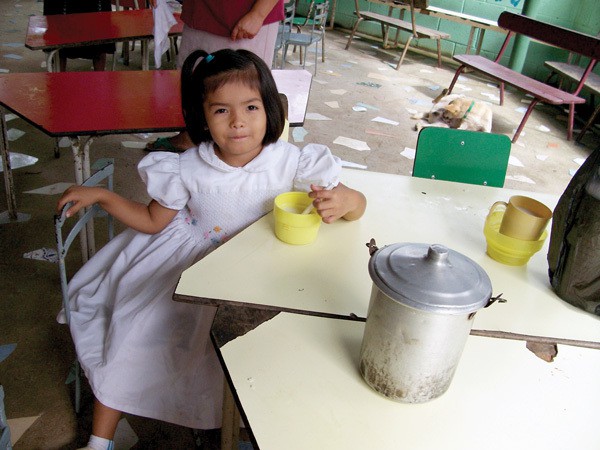 This young lady enjoys a breakfast of hot cereal provided by the Soy Program, now funded by donations to MKLM but on the road to becoming self sustaining.

Ann and her staff also train women who volunteer as health promoters to offer nutritional education in both urban and rural communities. These women bring with them bags of soy flour to make them available locally.

The program, presently funded through donations to MKLM, is on the road to becoming self-sustaining, developing new soy products and products that can be sold to support the low cost of providing soy to needy families. Ann reports that newly arrived Maryknoll Lay Missioner Dwayne Fernandes is providing excellent, professional assistance with this aspect of the program.

At a recent international conference on nutrition in Rome, Pope Francis stated: “The hungry remain at the street corner . . . and ask for a healthy diet. We ask for dignity, not for charity.” The Soy Program responds to that need. Instead of doling out free food, the program makes soy products available at affordable prices to poor families and provides classes on how to use them. A recently published “soy manual” offers recipes for people whose stove is an open fire as well as lessons on what constitutes a balanced diet, how to combine foods to maximize nutrition, and ways to avoid food-borne illnesses.

Ann says what keeps her going is “the hope and resilience of the Salvadoran people.” She notes, “It’s hard enough to be poor, but these folks went through a terrible war and a series of natural disasters; now there’s a complicated gang situation and a drought. All this trauma takes a toll on them, yet they don’t lose hope.” Neither does Ann, who personifies those whom Jesus called “blessed” for recognizing him in those who are hungry. 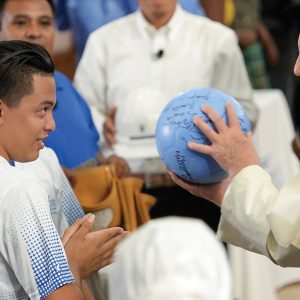