As a spiritual director in China, Father Joseph Su used to tell people what to do to be a saint. “Now,” he says. “I will accept them as persons, accompany them and let God lead them.”

That new approach to his ministry, he says, has come not only from the courses he is taking for his master’s degree in spiritual direction at Fordham University in the Bronx, N.Y., but also from the example of the Maryknoll missioners who have mentored him through the China Educators and Formators Project. Father Su is one of 24 Chinese priests and Sisters currently earning advanced degrees at U.S. Catholic universities through the Maryknoll Society-sponsored project, designed to help these students better serve their people. “We’re helping to form missioners for their own country,” says Maryknoll Father Timothy Kilkelly, coordinator of the project, marking its 25th anniversary. 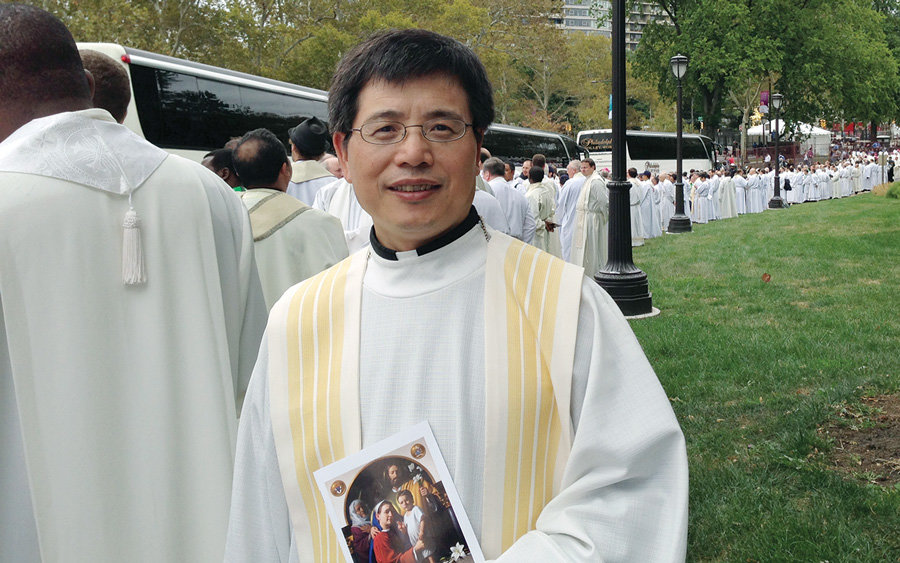 The project was born out of a need for well-trained Church leaders in China as the country emerged in the 1980s from 30 years of religious repression following the communist takeover in 1949. With the encouragement of the Chinese bishops, Maryknoll Father Lawrence Flynn brought the first four Chinese seminarians to study in the United States in 1991. (See sidebar, page 16.) Since then, 137 Chinese Church leaders, including those now studying, have participated in the project so they could return to their homeland and enliven faith as seminary teachers, superiors of religious communities and pastoral ministers. Five graduates have been appointed bishops by the Holy See.

“Catholicism will always be a small minority in a country with more than a billion people, but these leaders can be a leaven as moral and ethical witnesses to Gospel values,” says Maryknoll Sister Janet Carroll, consultant to the China project. 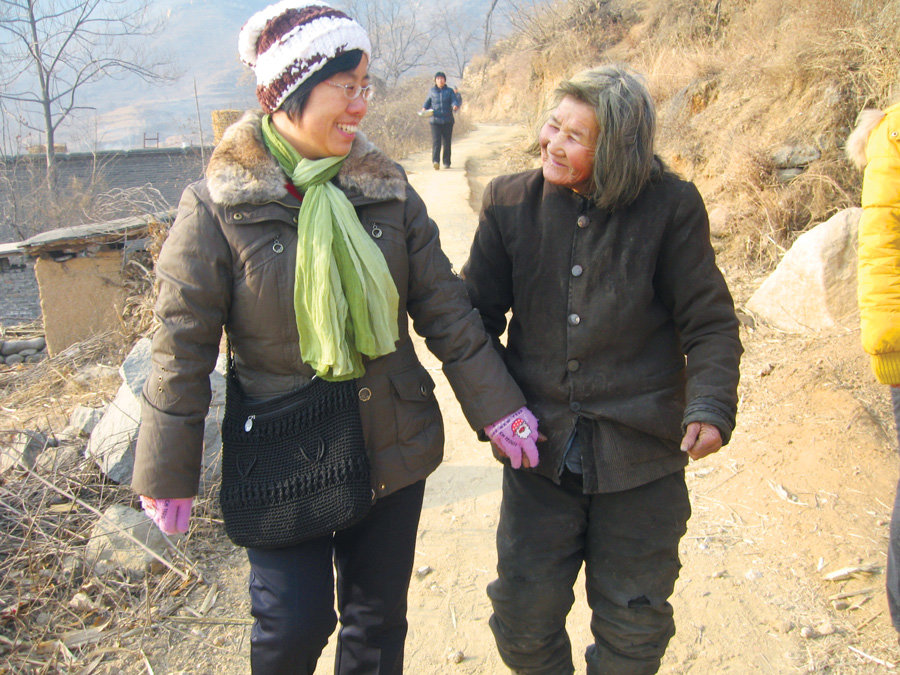 China Project graduate Sister Pauline Yu (l.) took gerontology program at the Avila Institute to help her in ministering to the elderly in China. (Courtesy of T. Kilkelly/China)

To be accepted for the project, students must be recommended by their bishops or religious superiors, says Father Kilkelly. He explains that while several laypeople have gone through the project, finding ministerial positions in their country that would allow them to support themselves and their families has been challenging. He is hopeful for the future as he sees the role of the laity growing in the Church in China.

Twice a year Father Kilkelly travels to China to meet project candidates. “I look for people who have a missionary spirit and want to put their studies at the service of the Church,” he says.

Father John Chen is an example. After earning a master of divinity degree in theology at St. Charles Borromeo Seminary in Philadelphia in 1999, he went back to his Xi’an Diocese to teach in the major seminary. Now he is at the Catholic University of America in Washington, D.C., finishing studies for a Ph.D. in moral theology. When he returns to Xi’an, he plans to focus not only on teaching seminarians but also empowering the laity. “I will offer a course for laypeople to study theology,” he says. “I want to develop a pre-Cana course for those preparing for marriage and a Marriage Encounter program.” In China, he explains, marriages are threatened by many modern realities, including the need for a spouse to leave the rural home to find work in the city.

After students are accepted into the China Project, they spend one or two semesters studying English before beginning their graduate work. Initially, participants largely pursued theological and Scriptural studies. “But now,” says Father Kilkelly, “more and more are coming to learn social work, pastoral counseling and spiritual direction to respond to the needs of their people.”

To address new ministerial needs, the China Project has instituted short-term programs on requested topics. This year, for instance, Maryknoll partnered with the Avila Institute of Gerontology in Germantown, N.Y., to offer a month-long certificate program for five Sisters who have participated in the China Project and work with the elderly in China. 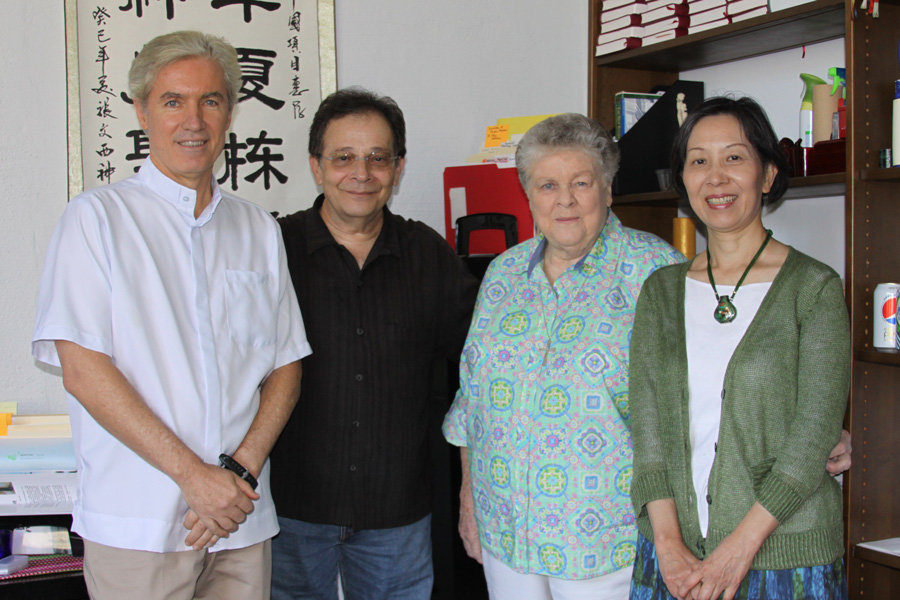 Sister Maria Wang, who directs a Catholic nursing home in Hebei Province, says the Avila program gave her new insights into helping people with dementia, a condition misunderstood in her country. She praises the program for giving her spiritual and practical tools for her ministry at a time when aging is a major concern in China. “It is a tradition for Chinese families to take care of their elders,” she explains. “Now with smaller families because of the government’s ‘one child policy’ and families living farther apart, elderly people are sometimes left alone or have to go to a nursing home. This is very hard for the family and the elderly person.”

For people from a family-oriented culture, the China Educators and Formators Project has been a home away from home. “One of the aspects we have built into the project is that twice a year we bring participants back to Maryknoll for a seminar and retreat,” says Maryknoll Father Larry Lewis, adviser and former coordinator of the project. “The students relax and enjoy each other’s company. They form bonds to support each other when they go back to China.” 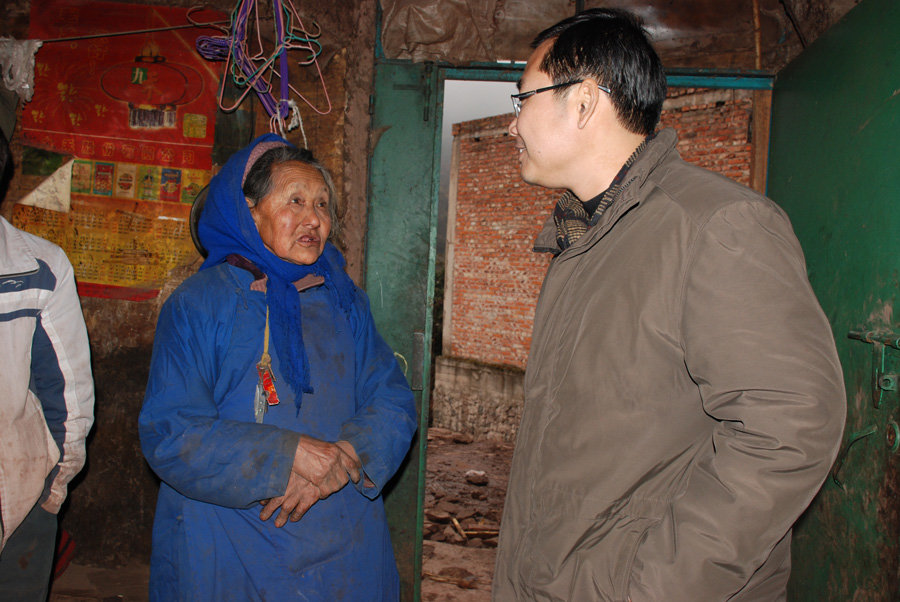 Anli Hsu, executive assistant to the project and a native of Taiwan, also shares a bond with participants through her Chinese ancestry and fluency in their Mandarin language. She takes care of the logistics of their U.S. stay but says her most important role is to accompany them on their journey, like a mother, encouraging them when they face challenges and rejoicing in their growth. “I feel that each little thing I do helps nurture them as leaders for the Church,” she says.

These leaders are also nurturing the U.S. Church, says Father Lewis. “Our universities are happy to receive them,” he says. “They are not only hardworking but also strong witnesses of faith. Many of them are from families who risked their lives to keep their faith alive during the years of repression.”

As the China Educators and Formators Project celebrates 25 years, Father Raymond Finch, superior general of the Maryknoll Fathers and Brothers, says, “We have had a unique opportunity to partner with the leadership of the Catholic Church in China to help form the next generation of Chinese Church leaders and to help them experience the Catholic Church in the United States.”

Father Lewis looks forward to the day when this project has accomplished its goal. “I hope that the Church in China will grow so strong that it will no longer need us as mentors,” he says, “but we will always be friends.” 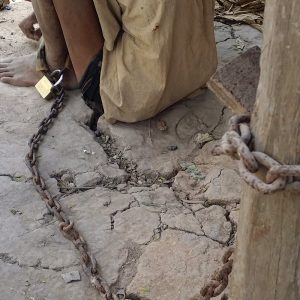 CHAINED LIKE ANIMALS The story and pictures of the mentally ill men in Cambodia in the July/August issue of Maryknoll...