A Mayan indigenous community finds a home in the Los Angeles Archdiocese.

As a deacon in the Archdioceses of Los Angeles in California, I find joy in performing pastoral works in parishes with diverse immigrant communities. As a Guatemalan immigrant, I feel blessed to have been assigned to Holy Cross Church, which has welcomed the Mayan community, which is enriching the faith of the Church in Los Angeles while preserving their millennial cultural heritage.

The Mayans at Holy Cross are of the Q’anjob’al ethnic group, one of the few indigenous communities that were part of the Mayan Empire that ruled Central America and southern Mexico and that have survived the ravages of time: the decline of Mayan civilization; the Spanish colonization; the appropriation of their lands after independence from Spain; and the civil war of the 1970s and 1980s in Guatemala that largely affected indigenous communities.

It was because of the violence and massacres of the civil war that many Q’anjob’al fled the town of Santa Eulalia in Huehuetenango, Guatemala, and found refuge in places like Los Angeles, California.

Antonio Díaz, a long-time coordinator of the Q’anjob’al community in Los Angeles, says this ministry started 27 years ago when members of the community began meeting in houses and apartments to raise funds to rebuild the Santa Eulalia Church in Guatemala, which had been destroyed by a fire. After a while, an evangelization and catechesis ministry was born, he says.

This group, now called Mayan Q’anjob’al Ewulean Community (CMQE), is leaving a mark in Los Angeles. It is a community of deep spirituality that seeks to preserve its indigenous roots for future generations now being born in the United States. Its presence at Holy Cross Church has mutually enriched the community and the parish.

The Mayan group offers a religious education program adapted to its members needs, including the use of the Q’anjob’al language. They express their cultural richness with colorful clothes, celebrations and folkloric dances. They also offer baptism and First Communion preparation while families partake in Sunday prayers and community activities at the parish.

The community also organized the Mayan Illusion choir that consists of 15 children between the ages of 8 and 15 as a creative way for U.S.-born young people to learn the Q’anjob’al language. “The mission of the choir is to support and encourage the Mayan youth to keep their roots,” says Efraín Marcos, a choir member. The choir has been invited to events of other Mayan communities in California. 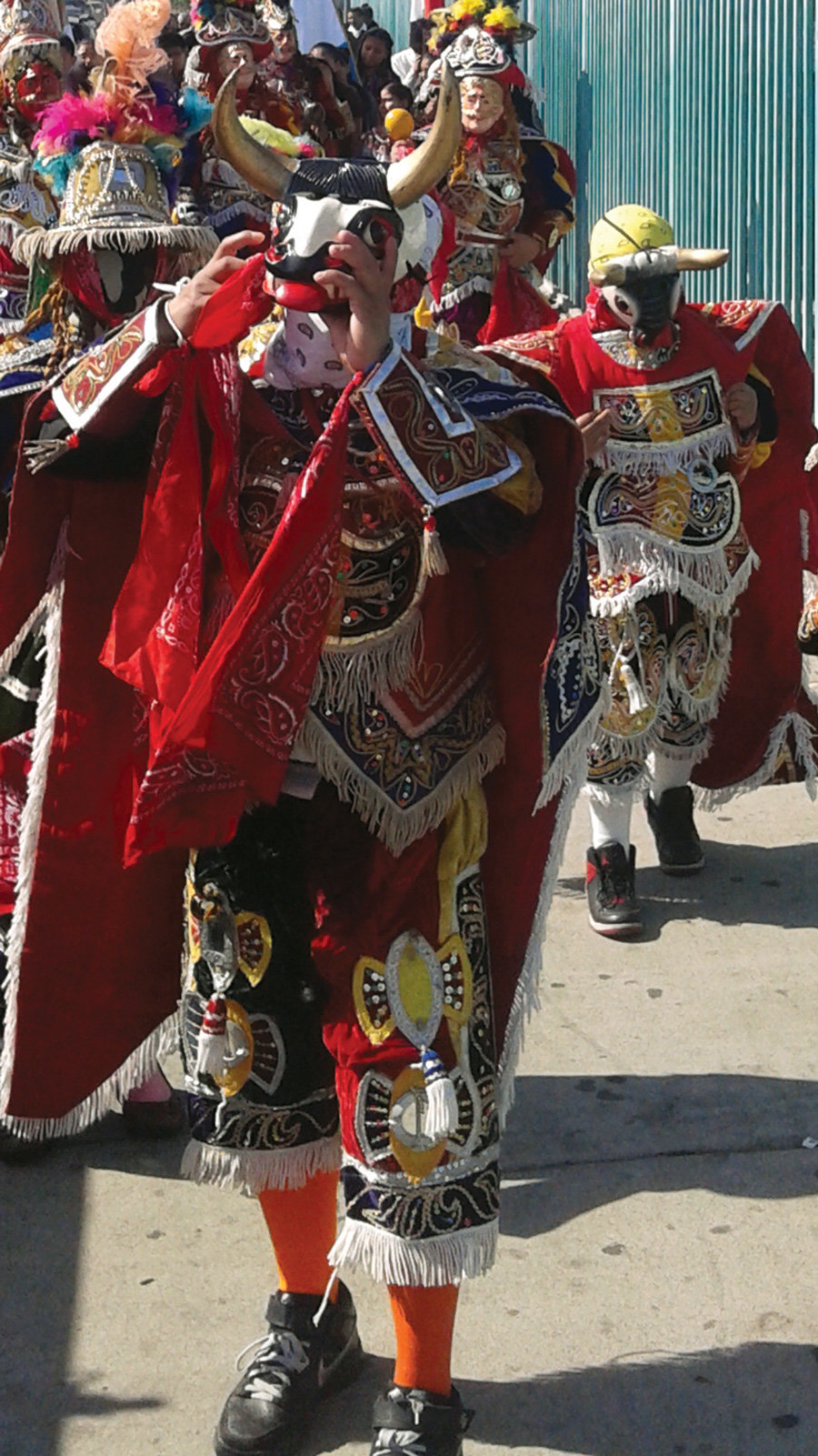 The Mayan Community Q’anjob’al enriches the life of the Church in Los Angeles, Ca., with its religious and cultural celebrations.

Anacleto Francisco, CMQE coordinator, says he is thankful to Father José Alberto Pimentel, pastor of Holy Cross Parish, for permission to install a replica of the image of St. Eulalia in the church. The image, brought from Guatemala two years ago, is honored with a special Mass on the second Saturday of the month. The saint’s image and the space for cultural and religious celebrations at Holy Cross Church maintain the connection between Mayan communities in California and their country of origin, he says.

Maryknoll missioners have been familiar with the Q’anjob’al Mayans since the 1960s, when the missionaries began serving in Huehuetenango, in northwestern Guatemala. One of them was Maryknoll Father Daniel Jensen, who as pastor of Santa Eulalia Parish developed lay formation programs and catechesis for the local indigenous communities in the 1970s. 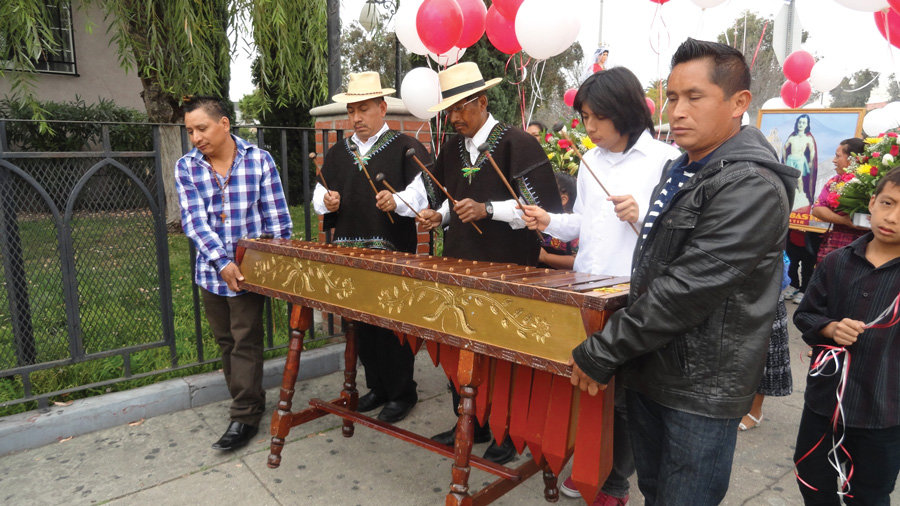 The Mayan Q’anjob’al Community enriches the life of the Church in Los Angeles, California, with its religious and cultural celebrations.

Father Jensen fell so in love with the Santa Eulalia Huehuetenango Community that he asked for his ashes to be taken there after his death. Maryknoll fulfilled his wishes, bringing the priest’s ashes to Santa Eulalia in 2014. The whole town received his remains with reverence and gratitude for his work, even though it had been 33 years since Father Jensen left his mission in Guatemala.

Father Jensen and other Maryknoll missionaries planted seeds that they perhaps never imagining would bear fruit in places like Los Angeles. Now, the Santa Eulalia community in California is following in their footsteps, continuing that evangelization and providing catechetical formation to a new generation of Mayan people.

“The Santa Eulalia Mayan Q’anjob’al Community, by virtue of its name, is already an improvement for the Catholic immigrant community in the poorest area of Los Angeles,” says Father Pimentel. “I felt obliged to offer them a more stable place for their activities, and I had the authority and the opportunity to welcome them in the name of the Archdiocese of Los Angeles.”

That is how the Los Angeles Archdiocese welcomes a great number of ethnics groups into their parishes, forming a community of communities. This is a pastoral priority for the archdiocese.

“We earned mutual respect and collaboration among parishioners of different ethnic groups,” Father Pimentel says. “With the presence of the Mayan community, we became a welcoming community that values diversity in unity, where faith and service are not just words, but a concrete way to live the joy of the Gospel.” 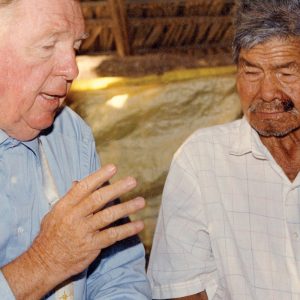 For years, Don Agustin Lazarte was an itinerant catechist in our St. Francis Xavier parish in the village of Monte Verde,...

Nov 1, 2016
Copyright 2020 Maryknoll Fathers and Brothers. All Right Reserved.
Back to top