As eight new members of the Maryknoll Lay Missioners (MKLM) embarked on their journeys overseas recently, they were given an awesome challenge. “Make the nonviolent Jesus present and visible in a world that seems unable to find a route out of perpetual violence,” said Marie Dennis, co-president of the international peace organization Pax Christi and former director of the Maryknoll Office for Global Concerns. Dennis was speaking at the MKLM sending ceremony, where she reminded the new missioners they are called to minister to a world yearning for peace. “People are daring to imagine that another world might be possible,” she said.

Annie Burns of Hinckley, Ohio, is traveling to Bolivia, where she would like to work with indigenous communities. “I hope I can be present to the needs and spirituality of these communities,” she says, “and reverence the wisdom they have to share with us.”

As a student at Loyola University Chicago, where she majored in theology and business management, Burns got a taste of overseas mission visiting El Salvador through a study abroad program. Discerning her future after college, she was drawn to MKLM because she says it allows a “slow, patient entrance into mission.” That includes a 10-week orientation program at Maryknoll, N.Y., language study in the host country and a commitment of at least three-and-a-half years of service.

Filomena Siles will also serve in Bolivia. She is returning as a Maryknoll lay missioner to her homeland, where she was introduced to MKLM by her husband, Maryknoll Lay Missioner Joe Loney. They have two 13-year-old children. Siles also has two adult children and four grandchildren in Bolivia. “I love the ability to fully live out my Catholic faith together with my husband and children by serving the poor and following the example of Jesus,” she says of her decision to join MKLM.

Siles will continue her work as a special education teacher, assisting children with autism and vision problems as well as those who have suffered trauma or fallen behind in reading. Her goal, she explains, is “giving struggling students the inspiration, confidence in themselves and educational tools to be the very best they can be.”

For Marcelo Maiorano, serving in Brazil with his wife Kathleen Maynard and daughters Cecilia, 3, and Maëlle, 1, is a return to his roots. His mother was born in the Brazilian city of São Paulo. Maiorano, who has a degree in international studies from Loyola University Chicago, met Maynard, a family nurse practitioner with a degree from Boston College, when both were serving in Juneau, Alaska, with the Jesuit Volunteer Corps. That experience of working with people on the margins of society ignited the couple’s desire to continue working for social justice.

“My husband and I have contemplated Maryknoll as our next step because it is an organization that seeks to form a more compassionate world,” says Maynard, who grew up in Jackson, N.H., where she and her husband have been raising their children. “Learning about the support and encouragement MKLM gives to young families like ours cemented our interest in joining,” says Maiorano. While his wife shares her healthcare skills with Brazilians, Maiorano hopes to use the skills he learned during MKLM orientation to help people, particularly youth, resolve conflicts nonviolently.

Rebecca Muder says she hopes to be “a bringer of healing and wholeness to individuals and communities” in Brazil, where she would like to do pastoral work in prisons and eventually become a restorative justice facilitator and educator. (Restorative justice is a process that seeks to repair relationships by bringing victims of crimes face-to-face with their assailants so both sides can hear and share their feelings.)
Muder, a native of Kansas City, Kansas, holds a master’s degree in theological studies from the University of Dayton. She has experience in campus and prison ministries and most recently coordinated a young adult volunteer program for the Archdiocese of Chicago. She says she is attracted to MKLM by “the way it enters into other cultures—with sensitivity and sustainability in mind.”

Timothy Ross, from Lake Orion, Mich., looks forward to sharing his agricultural background and, most importantly, his faith with the people of El Salvador. Ross, who earned his degree in agriculture from the University of Missouri, got a glimpse of El Salvador when he visited there as a representative of the Newman Center’s Catholic Student Association, seeking to establish a sister relationship with a Salvadoran parish. During his visit, he learned about MKLM. 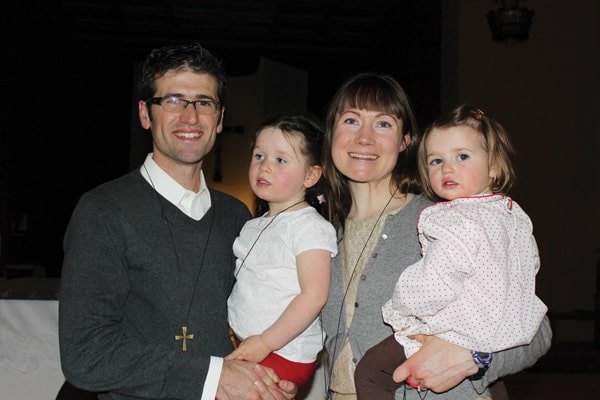 Marcelo Maiorano and Kathleen Maynard and daughters Cecilia, 3, and Maëlle, 1, are happily on their way to serve as Maryknoll lay missioners in Brazil.

“Their methodology for integrating missioners into their host community is very thorough and realistic,” he says, explaining that besides providing an orientation program and language training, MKLM sends new missioners into established communities of missioners and allows time for the neophytes to visit mission sites and discern which is the best fit for them.

Anne Berry and her husband George Stablein from Clenenin, W.V., have discerned that Tanzania is the best mission for them and their daughters Susanna, 6, and Louisa, 2. The couple, both doctors, met as students at Pennsylvania State University College of Medicine.
Berry, who had worked in Nicaragua with the Jesuit Volunteer Corps after college, was inspired by the Maryknoll sisters and Maryknoll lay missioners serving there. “I was attracted to their commitment to social justice, not just ‘helping,’ but working alongside people in marginalized communities to transform unjust structures and build God’s Kingdom for all,” says Berry.

Her husband caught her mission bug. Both will work in Bugando Medical Center in the city of Mwanza, Berry sharing her expertise in maternal care and Stablein his skills as a pediatrician. They look forward to what their daughters will discover.

“It is very important for our children to learn social justice at an age much younger than I did,” says Stablein. “I want them to know that just because something is the way it is, it doesn’t mean it should be that way. I pray they will be able to work for fair and just structures for all.”

Home for the faithful of Ichu 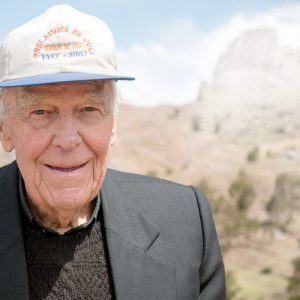 Home for the faithful of Ichu

Maryknoll priest hopes to finish a new church in the mountains of southern Peru. || After celebrating morning Masses...