The tragic plight of the Rohingya

Rakhine State in western Myanmar is in crisis as thousands of largely stateless Rohingya Muslims are fleeing violence to neighboring Bangladesh, human rights groups say. Some Rohingya are attempting dangerous boat trips to Malaysia amid reports of their villages being destroyed by Myanmar’s military.

The killing last October of nine police officers in northern Rakhine led to a brutal counterinsurgency offensive by the country’s military, which operates separately from the civilian government led by Aung San Suu Kyi.

As a result, an estimated 65,000 Rohingya have fled to Bangladesh, more than a third of them during this past January. The Bangladeshi government refuses to officially accept the Rohingya even though numerous human rights abuses have been reported against them, including extrajudicial killings, rape, torture, arbitrary arrests and burning of homes.

The Rakhine issue is a decades-long problem, says U Wunna Shwe of Myanmar’s Islamic Religious Affairs Council. “We acknowledge that the Rakhine crisis is a daunting task for the government, but they need to make more effort to solve it,” he said.

Satellite images by Human Rights Watch show that hundreds of buildings in Rohingya villages have been razed.

Kyaw San, a Muslim who teaches English in Mandalay, said the treatment of the Rohingya Muslims was tantamount to “ethnic cleansing” because they have been denied basic rights and many have lived in camps for years.

About 150,000 Rohingyas are currently confined to camps in Myanmar in apartheid-like conditions after sectarian violence erupted in 2012, leaving scores dead. They face severe restrictions on their freedom of movement, with limited access to health care, food and education.

“We have much concern for the Rohingya people, who have faced decades of persecution,” Kyaw San said.

Suu Kyi, who won the Nobel Peace Prize in 1991, has been sharply criticized for her relative silence on the Rohingya issue and other military offensives against armed ethnic groups.

“Where is Aung San Suu Kyi?” read placards held by thousands of protesters in Kachin State late last year as they demanded an end to fighting in ethnic areas.

Supporters argue that Suu Kyi has to walk a fine line between the high expectations of Myanmar’s people and the reality that the military still plays a major role in the peace process.

“She has had to compromise with the military so she can’t speak out,” Myanmar’s Cardinal Charles Maung Bo said to UCAN, a Maryknoll-supported Catholic news agency based in Bangkok, Thailand.

The Rohingya have no official status in Myanmar, and most of the country’s Buddhist majority refer to them as “Bengalis,” implying that they are illegal immigrants from Bangladesh.

“We condemn any terrorist acts, but the government needs to solve the root causes of the issue, as oppression may lead to radicalization,” Aung Thein, a Muslim leader in Meikhtila township, central Myanmar, told ucanews.com.

He said that, rather than calling them “Rohingya” or “Bengali,” they should be called “human beings.”

The government denies its troops have committed any human rights abuses in Rakhine during military operations that it says are targeting terrorists. Aung Thein said that the government’s continued denial of human rights violations is part of the problem.

“There needs to be transparency and a free flow of information as we don’t know what’s really happening in Rakhine,” he said.

An estimated 1.1 million Rohingya live in Rakhine, but they were not included in the 2014 census. Muslims account for 4.3 percent of Myanmar’s population.

In December, Suu Kyi agreed to let other nations provide humanitarian assistance to those in need in northern Rakhine, where the country’s security forces were accused by Amnesty International of conducting “a callous and systematic campaign of violence.”

Featured image: Rohingya refugees from Myanmar and Bangladesh are seen in their boat during their rescue by fishermen in Julok, Indonesia. (CNS photo/EPA) 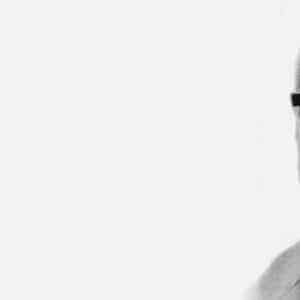 Unpublished letters and other writings. || This March marks the 37th anniversary of the death of Oscar Romero, the archbishop...

Mar 1, 2017
Copyright 2020 Maryknoll Fathers and Brothers. All Right Reserved.
Back to top