Peter Latouf took the long way around to the priesthood—all the way to China and back, to be precise.

Deacon Latouf, who with Daniel Kim is to be ordained a Maryknoll priest on May 20, says his college language requirement helped set him on the course to holy orders. To get his bachelor’s degree in psychology and international studies from Wayne State University in his hometown of Detroit, he needed three semesters of a foreign language. He chose Mandarin Chinese, just because it wasn’t what everyone else was doing. After three semesters of Mandarin, he spent the summer of 2004 in China on a school trip.

“When I left (China), I wanted to turn around and go right back,” he says, but he adds a caveat. “I wanted to go back, but I wanted to have the Church element in it.”

Raised in a “very strong Catholic” family, Deacon Latouf says he started asking priests in Detroit how he might do mission work in China. They directed him to Maryknoll.

“So it just kind of started really just on a whim,” he says. “I picked Chinese for no reason and then, you know, all of a sudden here we are.”

Deacon Latouf, 32, admits, however, that the appeal of the priesthood was seeded in him growing up in the Maronite Catholic Church, an Eastern-rite church in communion with the Vatican. He attended a Roman Catholic elementary school but on weekends attended his Lebanese family’s Maronite church, where he says he learned to love prayer and liturgy. 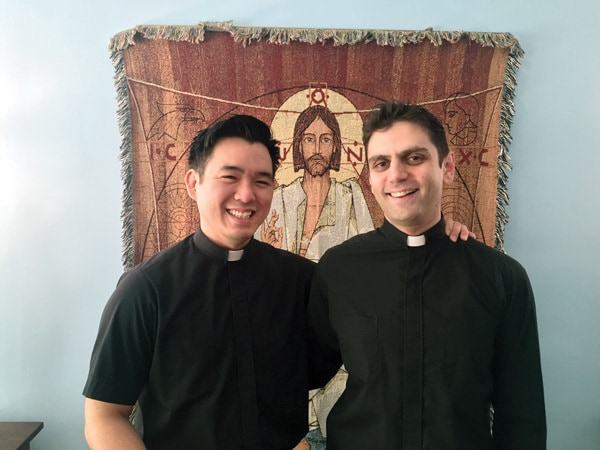 Deacons Daniel Kim (l.) and Peter Latouf are scheduled to be ordained to the priesthood this May. (Courtesy of Kim and Latouf/U.S.)

With Mandarin studies under his belt, plus a master’s in education from Wayne State as well, seminarian Latouf was assigned to overseas training in Taiwan, where he gained pastoral experience working with the indigenous Bunun people in a Maryknoll parish in the mountains.

A self-described “big city person,” seminarian Latouf was initially taken aback by the assignment, but figured he would enjoy teaching the Bunun about the Church. That, he says, was just one of his ideas about mission that “got turned on its head.” The faith he thought he was bringing was already there, and it was he who was schooled. “It’s cliché a bit, but they knew a lot more than I did!”

“I think I’ve got the head piece down pretty well in terms of the faith, but sometimes I’m missing the heart piece,” he says. “What I’ve found in people overseas is that sometimes, well, very often, they definitely have the heart piece. Their heart’s there.”

His own heart was challenged when he traveled to North Korea with Maryknoll Father Gerard Hammond to work with patients with multidrug-resistant tuberculosis. Deacon Latouf read everything he could to prepare himself mentally for the trip, but found the experience nothing like he expected.

“The poverty was even more extreme than I thought,” he says. “The people were even more malnourished than I expected. They were more sick than I had thought.”

In North Korea, Deacon Latouf helped by taking photos and creating a file on each patient. He recalls one boy, 13 or 14 years old, who was so sick that the experience overwhelmed the seminarian. “I went around the corner behind one of the vehicles … and I broke down. I mean, I just had to cry,” he says. “The sickness, especially around the young people, was really, really tough to see.” 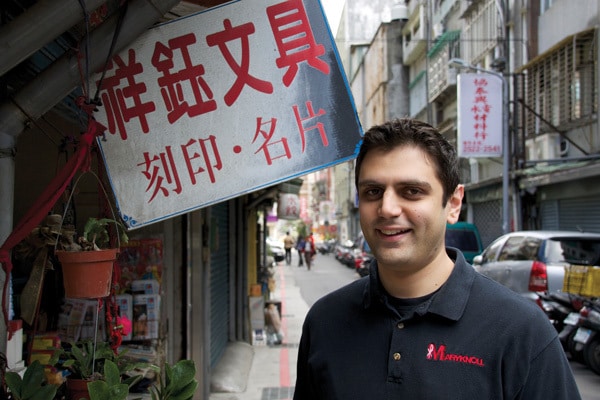 The two experiences—helping desperately sick people in North Korea and working with indigenous Taiwanese—sum up mission for Deacon Latouf. On the one hand, it’s finding reality worse than the “sanitized version” we expect to see, he says, and on the other “there’s a spirit and there’s a knowledge that people have and I think it’s very easy to underestimate that as well.”

Back in the States, Deacon Latouf has been working with a Korean parish on the West Side of Chicago while finishing his seminary studies. That keeps him in a missionary context with people of a different culture, he says.

“It’s been nice to bring that missionary experience back from overseas and to keep doing it here in Chicago,” he says. That’s why I came into Maryknoll … because I wanted to work with people from different cultures.”

Deacon Latouf, who is still waiting to hear where he’ll be assigned to mission, says embracing other cultures as a missionary priest is in itself countercultural, and is an important part of this unique and adventurous calling.
But, he adds, liturgy and prayer bring it all together for him, linking him to the worldwide Church.

“There’s a connectedness that I find in the prayer, knowing that others are doing the same thing,” he says. “The Mass, the psalms, the liturgy of the hours really appeal to me, because I know that others are doing this as well and my prayer is joining in the universal Church’s prayer. Sort of a constant, you know, as the Lord told us to do, to pray always.”

May our Lord Christ bless and save you and us all.

[…] says Daniel Siwoo Kim. On the threshold of ordination as a Maryknoll priest this May, along with Peter Latouf, Deacon Kim says he now sees how the Holy Spirit was leading him to Maryknoll, even before he […] 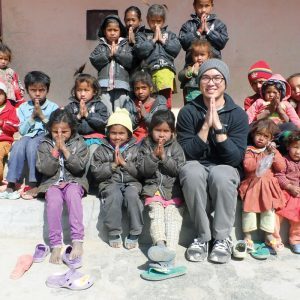