Walking with Maryknoll Sister Patricia Ryan along the Coata River in Puno, Peru, more than 12,850 feet above sea level, we see campesinos walking with their cows, or cutting totora reeds in shallow waters, but no fishermen. Though the river looks clean at first, once we get closer to the shore, we start to see trash, including medical waste, revealing one of the problems affecting the people living by the river: these waters are not safe.

Later, in the city of Juliaca, we see green water under piles of paint buckets, plastic bags, old shoes and rotting food. This is not the city’s dumpster but the Torococha River, which empties into the river we just visited.

Sister Ryan, who has served as a missioner in Peru since 1971, is working with a team of lawyers and educators to help those affected by environmental tragedies. The missioner from Levittown, N.Y., is president of the Human Rights and Environment (DHUMA), a nonprofit organization supported by the Maryknoll Sisters and Maryknoll Fathers and Brothers that defends the rights of the Quechua and Aymara peoples of Puno affected by mining and water pollution.

Besides garbage, a faulty sewage system has caused fetid waters to fill the Torococha with the wastewater from Juliaca’s 300,000 inhabitants. Oxidation lagoons that are supposed to clean the water are so filled with sediments that they no longer purify it. From the lagoons, water continues to the Coata River, contaminating the shores of four rural districts and reaching Lake Titicaca, one of South America’s largest lakes.

Located between Peru and Bolivia, Lake Titicaca is being threatened by this pollution—not only affecting waters and wildlife, but the 1.3 million people living near the lake’s banks.

The environmental disasters are examples of a larger problem affecting the lake’s tributaries. Sister Ryan says none of Puno’s 13 provinces have proper sewage treatment plants to clean wastewater, posing a health hazard.

“At one point I was sick at the hospital and the doctors told me ‘Don’t live by the Torococha anymore; you are crazy to stay here,’” says Pedro Martinez, 84, a resident of Juliaca.

Sister Ryan says the water is doubly contaminated by toxic waste from illegal gold mines upriver in the high Andes. “(In the Torococha/Coata rivers) there is mercury, arsenic, lead and other toxic waste,” she says.

After seeing the results of a study to determine the Torococha River’s contamination, an expert in lead poisoning from Boston told DHUMA that lead levels found in the water are worse than those in Flint, Mich., where the lead level during the recent water crisis was as high as 13,200 parts per billion (ppb). Water is considered hazardous waste at 5,000 ppb.

“We have children, farmers, there are brothers and sisters suffering because of this contamination,” says Brigida Curo Bustincio, a leader from the Departmental Association of Campesino Women in Puno who lives on the shore of the Coata River. “Thousands of campesinos need water; it is fundamental to our lives.” 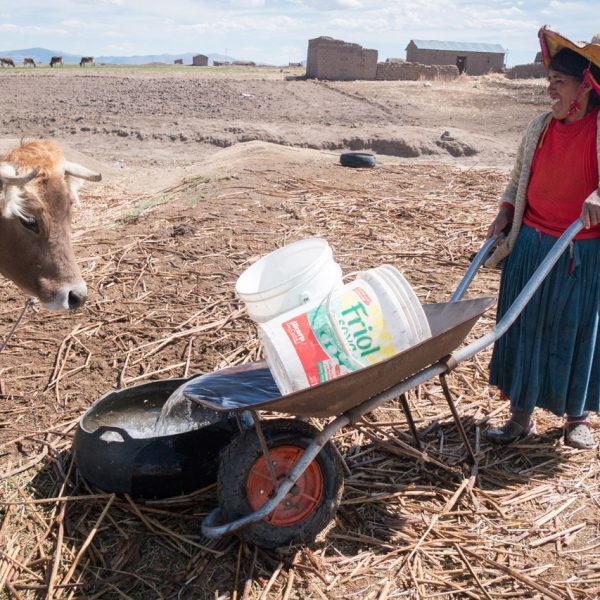 An indigenous woman in Puno gives animals water from wells that could be contaminated by rivers.

Curo hopes that recent promises made by the governments of Peru and Bolivia to address Lake Titicaca’s contamination will help her neighbors. But the indigenous populations have been hearing about plans to clean rivers and build water treatment plants for two decades, when the first studies proving high contamination levels took place.

“The authorities keep saying, ‘We will solve this,’ but the documents stay on the table (with no concrete action)… We don’t know what else we can do,” she says. “A solution for the contamination of the Coata River has to be a priority. It is urgent and necessary.”

Curo explains that water trucks sent by the municipality can take 15 days to show up, leaving the locals with no access to clean water. Children bathe in those waters or drink from them, whenever they cannot get water from a neighboring town. River waters have infected water from the wells, used for cooking and agriculture.

Curo is working with DHUMA to make sure the water is drinkable again.

She adds that the rivers need to be declared in a state of emergency and cleaned up. In addition to debilitating their cattle and ruining their crops, the contamination also causes health problems in the campesinos such us chronic malnutrition, anemia, diarrhea and respiratory infections, she says.

DHUMA has filed a lawsuit on behalf of the people affected by the Coata River’s pollution, who lack potable water and proper medical attention. They want regional authorities to create a proper treatment plant and to clean up these two rivers. Eventually, this could be replicated across other contaminated basins, as well as Lake Titicaca.

Diminishing water supplies due to climate change and mining concessions, as well as extreme water contamination are indigenous communities’ major concerns. Lakes, rivers, wells and other water sources are polluted because of irresponsible mining practices, lack of sewage treatment plants and lack of adequate garbage removal. This can lead to social-environmental conflicts, which DHUMA tries to avoid.

“We focus on creating non-violent ways to find solutions that respect the rights of the population,” says DHUMA’s Jose Bayardo Chata Pacoricona. Empowering communities to know their rights and helping them to ask for their voices to be heard in court are some ways the organization advocates for campesino communities.

This peaceful route has proven successful in places like Atuncolla, where the court ruled in favor of the indigenous communities, reiterating their right to be consulted before the Ministry of Energy and Mines gives mining companies concessions that involve their land. Another success story is that of Condoraque, a remote village where water monitoring and a lawsuit resulted in a mine starting the process for cleaning up the acidic waters of the river. (To learn more about this, read Healing Burning Waters.)

Sister Ryan and her staff hope that this legal approach is also successful in the Coata River. 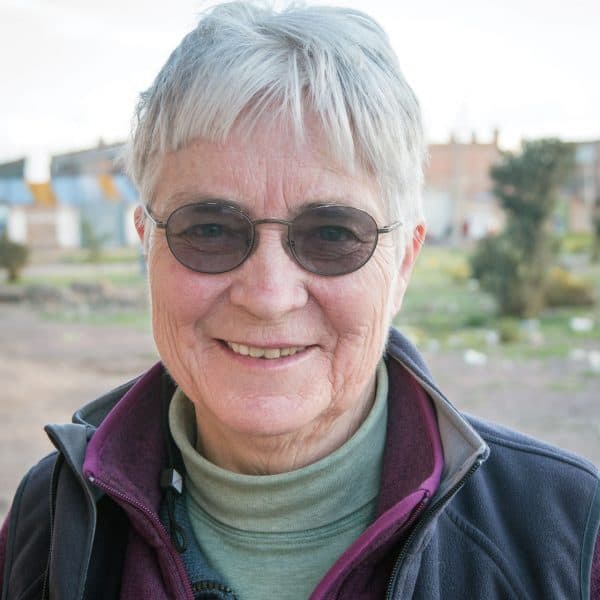 Maryknoll Sister Patricia Ryan is dedicated to helping indigenous people in Peru secure their rights to a clean environment.

“In this case, we are looking for a ruling that would ensure that public health is protected because this river contamination (around Coata and Torococha) is also a source of infection” that could affect children in nearby schools, as well as vulnerable populations like pregnant women or the elderly, Bayardo says. During the rainy season, polluted water could overflow and create a health epidemic, he adds.

Sister Ryan hopes the Coata case could set a precedent and empower other communities to defend their right to safe water and a healthy environment.

“We have a lot of water resources in the region (of Puno), but if we don’t do something about the severe contamination, we are going to get to the point that we would say, ‘There is water all around us but there is not one drop of water we can drink,’” says Sister Ryan.

In 1991, I had taken my children to visit a Lutheran Missionary in Lima. One day we went to the ocean beach; it was nice with little cantinas. What I and my children remember watching garbage truck after truck backing up and dumping their contents into the ocean right up current from where we were swimming.

What do you think New York City does with its garbage. They load it onto barges, take it out to sea, and dump it. Every major city on the ocean does this. Instead of recycling, it is easier to just dump it. 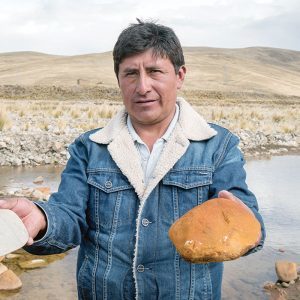 Rural Peruvian community of Condoraque begins to see fruits of its labor, after years of advocacy || Villagers...