Unchained at Last in Cambodia

When Father Kevin Conroy pulled up to a humble homestead in the Cambodian village of Treng Troyeng recently, he was in for a pleasant surprise. He encountered normalcy.

Just a year ago when he visited this house, he found two mentally ill, formerly violent brothers, Kong Chhoeung and Kong Tha, chained up for the safety of their family and neighbors. Kong Chhoeung had been chained for 13 years and his brother for several months when we reported their story in the July/August 2016 MARYKNOLL magazine. Now the two men were unchained, walking around freely and helping with chores, and their 58-year-old sister, who previously spent her days feeding and cleaning her brothers while she tried to eke out a living selling goods in the local market, seemed a lot more relaxed.

“When I arrived, I could tell within seconds it was like a different place! You could sense normal emotions, people moving about the house doing normal things,” says Father Conroy, a Maryknoll priest associate from Cleveland, Ohio, who has served in Cambodia for more than 10 years.

Father Conroy and his Maryknoll Mental Health team helped make it happen. The team, consisting of nine mental health specialists and a psychiatrist on call, seeks to assist the mentally ill and educate their communities, particularly in rural areas, where the mentally ill are underserved.

To address the Kong brothers’ needs, the team took them to a nearby town’s hospital that has a psychiatric department. The brothers were started on anti-psychotic medication. Their sister learned how to continue their treatment at home. The men’s conditions dramatically improved. 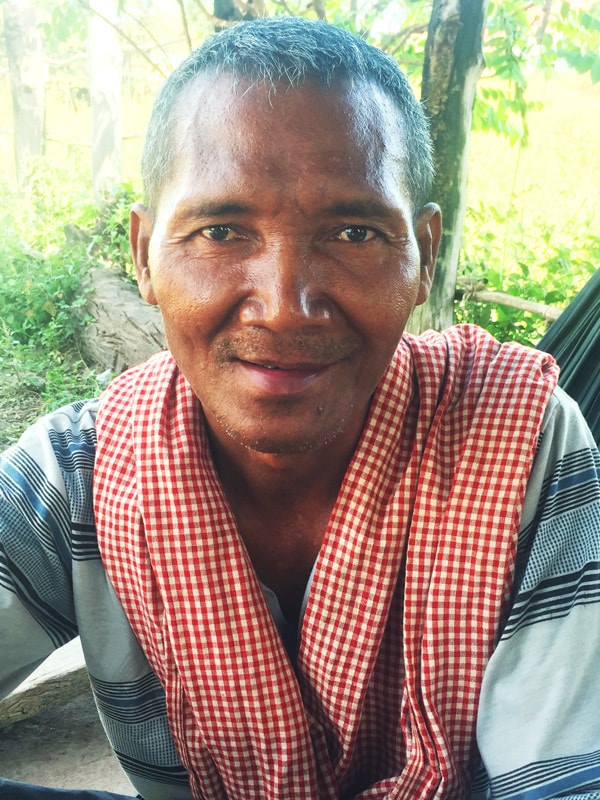 Kong Chhoeung, who was chained for 13 years, is now a calm, productive member of his community since receiving treatment for mental illness.(Courtesy of K. Conroy/Cambodia)

Father Conroy, whose academic background in psychiatry and experience in social work make him well-qualified to promote mental health, says, “The entire village as well as the families need to be educated about mental health and the best approach to take.” In Cambodia, he explains, such education often requires dispelling myths. He says he and his team are up against superstition and misunderstanding over how to deal with the mentally ill, who traditionally might be beaten, burned or have cold water poured over them to “expel evil spirits,” then left caged or chained.

Occasionally, cases of chained or caged mentally ill patients have been referred to a center run by the Missionaries of Charity in Phnom Penh, where patients can take their medication and rest in a calm atmosphere, but beds there are limited. Asked whether Maryknoll Mental Health has any plans for such a center of its own, Father Conroy replied, “It has yet to be determined. We haven’t done a center like that yet. It would be a big project, but it’s always our policy to start small and see what happens, and maybe one day have a place for people to rest.”

For now, Father Conroy focuses on a “care-in-the-community” approach as he and his team treat cases all over Cambodia and return every month to monitor progress. “The results soon become evident for all to see, which sets a good example,” says the missioner. “The village obviously feels better after it sees people going back to work and helping the local economy and not being a burden. In the case of the two brothers, by helping them, we helped the whole village, which became more peaceful, thanks to their successful treatment. As for their sister, an enormous improvement took place: she’s happy! Although still caring for two sick people, she can at last function normally and the two brothers are no longer chained.”

Learn more about the impact of Maryknoll’s Mental Health Project in Cambodia and how you can help unchain the mentally ill!

Featured Image: Father Kevin Conroy is flanked by Kong Chhoeung (left) and his brother Kong Tha, who were chained before they were able to be treated with anti-psychotic medication. (Courtesy of K. Conroy/Cambodia)

How can I help with caring for such mental health needs?

Dear May: Thank you for your response and willingness to help. For information on how to help, please to to: https://maryknollsociety.org/mission-work/cambodia-mental-health-project/

Mission: Down to Basics – Welcome to Cambodia, and…..

[…] (like the woman above) because their families and society don’t know what to do with them.  Read about his ministry in Maryknoll […] 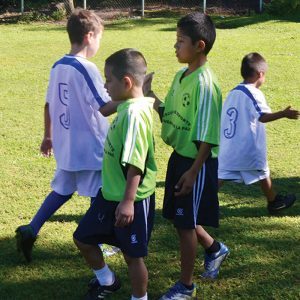 A Maryknoll lay missioner offers young Salvadorans at risk of recruitment by gangs an alternate path through sports || In...