Maryknoll Father Gerard Hammond’s “brave and tireless mission to minister to the ill in North Korea… is carried out in the selfless spirit that has marked Maryknoll priests since the Society’s founding more than a century ago.” Those were words Carl Anderson, Supreme Knight of the Knights of Columbus, used last August when he presented Father Hammond with the Knights of Columbus’ Gaudium et Spes Award for the priest’s work with tuberculosis patients in North Korea.

The award, which gets its name (Joy and Hope) from the Second Vatican Council’s landmark document on the role of the Church in the modern world, is the highest honor bestowed by the Knights of Columbus, the Catholic Church’s largest lay international service organization. The award is given to those “whose lives have been a beacon of joy and hope to the world.” Its first recipient was Mother Teresa of Calcutta in 1992. 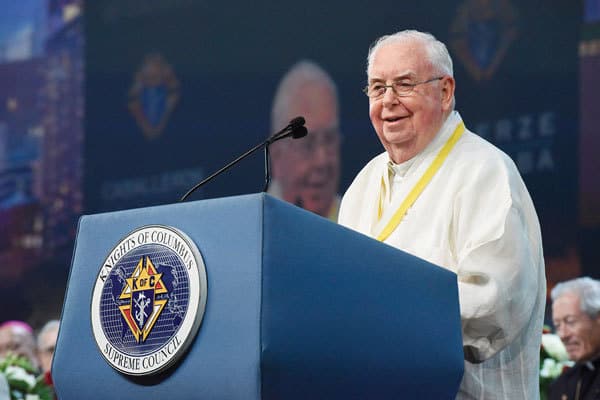 Father Gerard Hammond describes his mission of love and healing on the Korean peninsula during his 57 years as a Maryknoll priest.

“The award recognizes Father Hammond’s reaching out to people who are in need and going above and beyond the normal procedures to give them aid,” says Father Raymond Finch, superior general of the Maryknoll Fathers and Brothers. Father Hammond, who was assigned to the Cheongju Diocese of South Korea following his ordination in 1960, has traveled more than 50 times to North Korea during the last 20 years as a volunteer with the Eugene Bell Foundation, a Christian humanitarian organization, bringing medical supplies to patients of multidrug-resistant tuberculosis.

Father Hammond says he has only done what any Maryknoll missioner would do and that the award is truly for the Maryknoll Fathers and Brothers and the people of the Korean peninsula, especially “the people who have no voice … those forgotten.” Wearing modern Korean clothes, the 84-year-old missioner from West Philadelphia, Pa., told the Knights of Columbus that his 57 years as a priest serving the pastoral needs of the people of South Korea and more recently the physical needs of tuberculosis patients in North Korea have been the greatest gift God could give him. (Read more about Father Hammond in the January/February 2017 issue on maryknollmagazine.org.)

The roots of the Maryknoll Korean Mission began in 1923 in what is now North Korea. Since the end of the Korean War, which killed more than 5 million soldiers and civilians, including Maryknoll missioners, no other Maryknoll priest or religious has lived or ministered in North Korea. 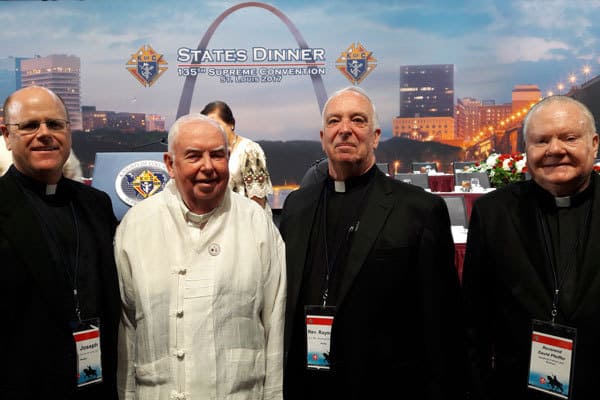 During each humanitarian trip, taken twice a year, Father Hammond, with Eugene Bell’s medical team, five other priests and sometimes a religious sister, travel to 12 centers in four North Korean provinces to diagnose patients and bring medical care. Although almost no one he meets there knows what a priest is, Father Hammond says he shows by his “apostolate of presence” that he represents something greater than himself. Christ’s mission of love and healing knows no boundaries, he says.

Father Hammond estimates the Eugene Bell trips have helped 250,000 North Koreans stricken with tuberculosis and about 3,000 patients with multidrug-resistant tuberculosis. The team hopes to reach more patients in the future.

The Knights’ award comes with a $100,000 stipend, which Father Hammond says he would like to use to build patient rooms for the 20 percent of people who are not cured by the treatment Eugene Bell provides, to ease their suffering during the extremely painful illness. He asks people in the United States to pray for peace and reconciliation in the Korean peninsula, especially during this perilous time, and not to forget those who experience dire situations.

As he received the award, the priest thanked the Knights for their “love and concern for hearing the cry of the poor” and encouraged everyone present to “embrace those who need our mercy and compassion.” 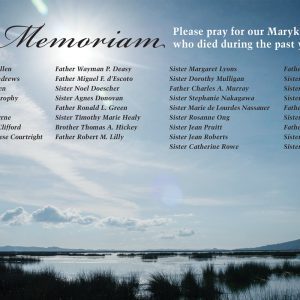