" /> Spirit of Mission: Misconceptions about the Immaculate Conception

Misconceptions about the Immaculate Conception

One of the more recent, sublime and, paradoxically, misunderstood doctrines of the Roman Catholic Church is that of the Immaculate Conception. Officially proclaimed as dogma in 1854 by Pope Pius IX, the belief is as old as the Gospels themselves.

Before we examine the historical development of this mystery, let’s deal with some popular misconceptions (pardon the pun). The Immaculate Conception refers to Mary being without the stain of original sin from the very first moment of her existence in the womb of her mother, Anne. There is no indication or belief that Anne and Joachim conceived Mary in any way other than the natural way parents conceive a child.

Biblically, we see two references to what we would later call the Immaculate Conception in the Gospel according to Luke. In Nazareth, the Angel Gabriel greets Mary as “kecharitomene,” a Greek word rendered “full of grace” in English. The word does not appear anywhere else in Scripture or Greek. Luke fashioned the word to underscore the singular nature of the woman Gabriel addressed. Mary is unique in human history! In addition, the angel’s greeting implies Mary was already graced before Gabriel appeared and even before Mary had time to respond.

Rabbi Asher Finkel, who taught at Maryknoll School of Theology, expressed his belief that the Immaculate Conception makes sense from a Jewish perspective, for only the womb of a ritually pure woman was worthy to bear the Messiah. So, at the very least, the early church regarded the Virgin Mary as a unique expression of God’s love, providentially set apart by divine grace.

Fast forward to 1830. St. Catherine Labouré, a 24-year-old novice in the Daughters of Charity of St. Vincent de Paul, had a vision of the Blessed Virgin Mary instructing her to dedicate a medal to the Immaculate Conception. Around the image in the medal are the words: “O Mary, conceived without sin, pray for us who have recourse to thee.” The “Miraculous Medal” became an immensely popular devotion because of the many graces and healings attributed to Mary’s intercession through it.

In 1858, four years after Pope Pius IX declared the doctrine of the Immaculate Conception, a young Bernadette Soubirous in Massabielle, France, claimed she saw an apparition of a beautiful lady dressed in white—near the town dump! Local church authorities were understandably skeptical. They challenged Bernadette to explain why the Mother of God would appear in such a vulgar place. Her simple answer: “Jesus was born in a stable.” They pressed Bernadette to have the apparition identify herself and were totally unprepared for the reply: “Que soy era immaculada councepciou” (“I am the Immaculate Conception”) in the local Bigourdan dialect.

Featured Image: A girl in Ahuachapan, El Salvador, was you saw the Virgin Mary during a festival lanterns in honor of the mother of Jesus.(CNS/ El Salvador) 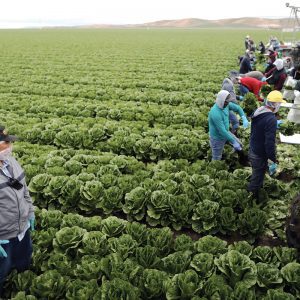