I visit a public transplant hospital here in São Paulo, Brazil, where I offer my time and conversation. The patients are there to be treated for diseases such as leukemia and hemophilia. On my visits I have learned many details about serious illnesses, but I also learn about faith and patience. Some of the patients have to undergo treatment for months without leaving the hospital. Others go through difficult times when the medicine used does not work as expected.

The hardest thing for me in this ministry is when I find out that one of the patients I have visited and become close to has died. I am particularly saddened when it happens to a young patient.

In spite of the suffering I have seen, I leave the hospital inspired by the faith of the people. I thank God for the gift of being alive and in good health, something I have taken for granted most of my life, and for being able to go to visit these sick people and learn with them to live one day at a time.
Flavio Rocha da Silva, MKLM

Many times a teacher cannot know what a simple expression of affirmation can mean to her students… until she is told later. It happened to me in Hong Kong, where I was invited to join former students for their ruby (40th) anniversary of graduation. The ruby motif was evident in the table décor and matching flowers, and a happy buzz filled the air with endless picture taking, re-introductions, updating and dancing.

I was seated at a table beside a former student. After the casual hello, we gradually got into a deeper conversation. I listened while she told me that she has always had a steady job, shared about her family, and told me about her plan to retire in a few months. She also said she had become a Christian. Then she said, “You know, Sister, you were the first to praise me for my handwriting; you said it was beautiful. I felt very good about it and from then on, I really studied very hard.” I found out that she was one of six students from our Maryknoll Convent School who was accepted to study at Hong Kong University the year after graduation.

Her sharing of that memory of my compliment came as a surprise because I could recall neither the words I said nor the moment I uttered them. Truly, God’s inspiration worked for this young student. Who would ever think that a simple affirmation utterly unrelated to the math lesson I was teaching would give her lasting motivation! Rewards in mission come in different ways, totally unexpected. For us who believe, we are co-creators with God of a future toward wholeness, our own and that of those we meet in mission.
Teresa Dagdag, M.M.

As a Maryknoll lay missioner serving in our offices in Ossining, N.Y., I volunteer at Sing Sing, a maximum security men’s prison nearby. For our monthly meditative prayer group, I often get permission to bring in a music CD. Recently, I brought in a Gregorian chant CD to use while we meditated. Meanwhile, just outside the chapel a group of Rastafarians was having a meeting. These members of the religious movement that grew up in Jamaica in the 1930s were playing the reggae-style music of the legendary Jamaican singer-songwriter Bob Marley. Despite this juxtaposition of musical styles, we were able to spend some quality prayer time.
Deborah Northern, MKLM

As we commemorated the feast of Saint Theresa of the Child Jesus in the U.N camp in Malakal, South Sudan, where I serve as a Catholic chaplain, we also celebrated all our children. They prepared the liturgy, did the Scripture readings, sang in the choirs, read the Prayer of the Faithful and danced at the Mass.
During the party that followed, youth entertained with cultural dances. Then some of them invited the adults to join in dancing. I certainly felt young at heart when a 6-year-old girl invited me to join the young dancers.
Michael Bassano, M.M. 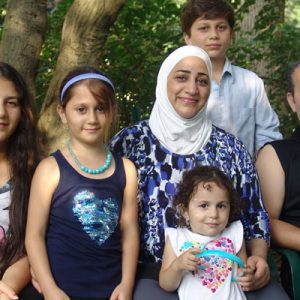