Miguel d’Escoto was not only a priest, a missioner and peacemaker, but also a revolutionary, a statesman, a diplomat—a beloved son of Maryknoll. Before serving as president of the General Assembly of the United Nations, he was one of several Nicaraguan priests who served in the Sandinista government—in his case, as foreign minister—and as a result was deprived by the Vatican of his priestly faculties.

In 1987 I came to serve as editor-in-chief of Orbis Books, the house Miguel built. I invited him to our office, where he reflected on the origins of Orbis Books when he was the Maryknoll Society’s director of social communications.

It was 1970, he recalled, two years after the historic meeting of the Latin American bishops at Medellín, an event that realigned the mission of the Church from the perspective of the poor. Miguel saw an opportunity to evangelize the rich of North America through the voices of the poor. 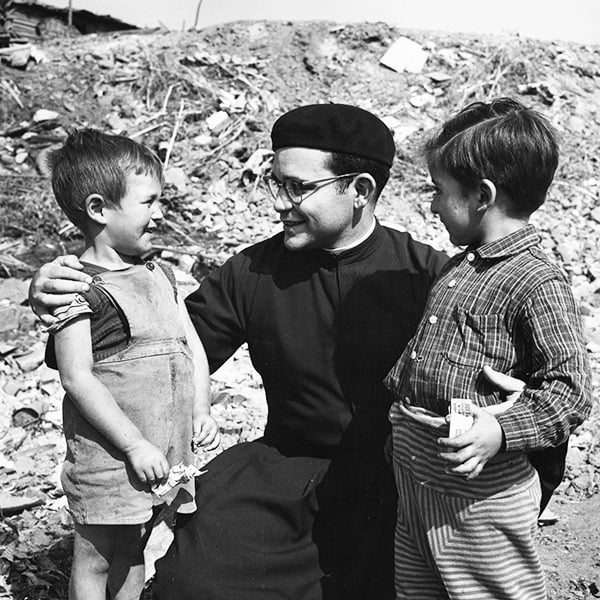 With the go-ahead from Maryknoll, Miguel set off for Latin America to collect manuscripts from the best of the emerging figures in liberation theology. Soon Orbis was recognized as an essential conduit for Third World theology.

Miguel told me one of his proudest accomplishments was the founding of Orbis Books. “Everything I have accomplished,” he said, “has come from being able to dream big dreams, and then finding people who would share those dreams.”

Miguel’s dream of Orbis was just one step in his prophetic journey. He staked that mission and his priestly vocation on the cause of the poor.

“Like the Good Samaritan,” he said, “I was on the way to Jericho. My life had a specific agenda, but there was my follow countryman bleeding by the roadside, and I had to forget, for the time being, going to Jericho.”

Putting his priesthood at the service of his people led him into politics, a path that was deemed inconsistent with his priestly vocation. 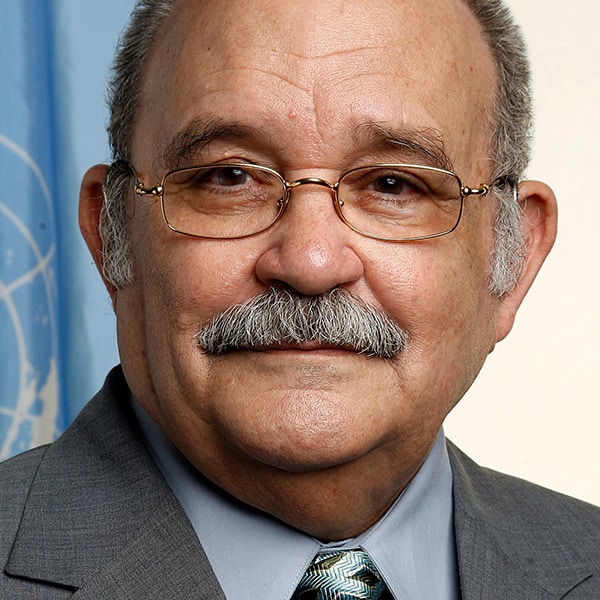 Returning to the Good Samaritan story, he noted, “The will of God is manifested not only in the will of superiors . . . Many times it leaps out onto our path just when we’re on our way to carry out our scheduled work. I had to leave the beaten path of my usual missionary activity out of fidelity to Christ and love for my people—which aren’t different things.”

When asked whether he looked forward to resuming his sacramental priesthood, which occurred, thanks to Pope Francis, three years before he died, he said:

“Yes, but I am perhaps living that Mass now, with the pain, even more than if I did not have this difficulty . . . To live the Mass is to have that inner disposition of availability to God, including the giving of your life for the service of the people, and to ask to be strengthened in your love for the cross and the acceptance of the cross in whatever shape or form God decides you should carry it.” 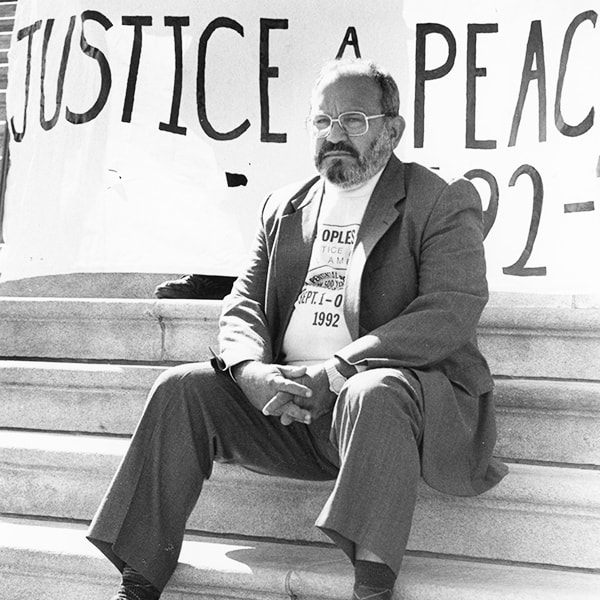 The missionary d’Escoto seated in front of a banner that reads: Justice and Peace People in Washington D.C. in 1992.

It inspired him to write this prayer to Mary:

“You labor to give birth to the Prince of Peace in what is an ongoing process of birthing him, first in your own soul and in the world through you, and now in each of us, till, with Paul, we’ll all be able to say: I live no longer I, but it is Jesus who now lives in me.”

Miguel spent his life struggling to give birth to a better world. May he inspire us to follow more faithfully the path God has set before us, always ready to step off the beaten path, to accept the surprises that confront us, especially in the needs of our neighbors.

Excerpted from the reflection Robert Ellsberg gave at the memorial Mass for Maryknoll Father Miguel d’Escoto, who died June 8, 2017.

God opened the door to mission in China 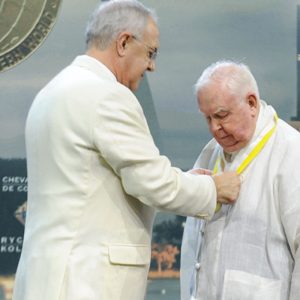 Nov 1, 2017
Copyright 2020 Maryknoll Fathers and Brothers. All Right Reserved.
Back to top