‘Finding God in all things’

Recently, Jesuit Father James Martin, Orbis book author (Essential Writings and This Our Exile), editor-at-large of America magazine and consultant to the Vatican’s Secretariat for Communication, shared his thoughts on prayer, forgiveness and more with our senior marketing technologist, Adam Mitchell.

Father Martin, please tell us about yourself and how you became a Jesuit priest.

Well, I grew up in a town outside of Philadelphia called Plymouth Meeting, in a family that was fairly lukewarm about religion. We went to Mass most Sundays and Christmas and Easter. I had first Holy Communion and was confirmed, but then my religious education stopped.

I went to the University of Pennsylvania’s Wharton School of Business, got a degree in finance, and then took a job at General Electric in New York. I was making a lot of money, and the job was exciting, but gradually I started to feel like I was in the wrong place.

One night, I turned on the TV and saw a documentary about Thomas Merton, the Trappist monk. That really called to me—his way of life in a monastery. So I read his book The Seven Storey Mountain, and I started to think that his way of life would be better than what I was doing. So I went to my local priest in Connecticut, where I was living at the time, and said, “I think I’d like to be a priest.”

He said, “You might talk to the Jesuits up the street at Fairfield University.” So I went up there and got a brochure, and started reading more and more about them.

Because I was so stressed out from work, I started seeing a therapist. One day, the therapist said, “Why are you at work?” I said, “I don’t know what else to do.”

You have written, “The greatest temptation of Christian spirituality is the attempt to establish the demarcation between … God who’s all good and … the world of created things.” How can we overcome this temptation and grow in faith?

You write that in your prayer you speak with God as a loving and trusting son. Can you elaborate on that?

The way parents hope their child would speak to them—honestly—is the way I think God hopes we will speak to God. That’s the way the disciples spoke to Jesus. One of my favorite examples is the story in the Gospel of Luke, where Mary is at Jesus’ feet and Martha is working. Martha is clearly close enough to Jesus that she feels comfortable to say, “Tell her to help me.” That’s pretty blunt! This is what God wants from us—our honesty.

In your prayer, you’re not saying, “Forgive me, forgive me.” You’re saying, “Hold on a second. Help me understand this.”

Well, sometimes I’m saying, “Forgive me, forgive me.” I am a sinner, after all. God already knows that, and I certainly know it. Jesuits look at ourselves, and ask other people to look at themselves, as “loved sinners,” people who are sinners but who are also loved by God, and redeemed by Jesus. That frees you to talk to God more honestly.

I go to God and ask for forgiveness, and to confession and ask for forgiveness for my sins, but not all the time. Sometimes it’s more in the back of my mind. Let’s say your son crashed your car. For the next year, that would be on his mind. You would be looking at him lovingly and probably feel, “Oh my gosh, this kid needs to get over it.” But it would always be on his mind. He might express it once or twice, and then you’ll forgive him, give him a big hug, or maybe after he pays off the damage! But then it’s done. Now, he might come to you conscious of that, but that is not what you want to hear all the time: “Please forgive me.” So, it’s about holding those two things in tension. “My father, I’m embarrassed about having crashed the car, but I also am confident in your love.” 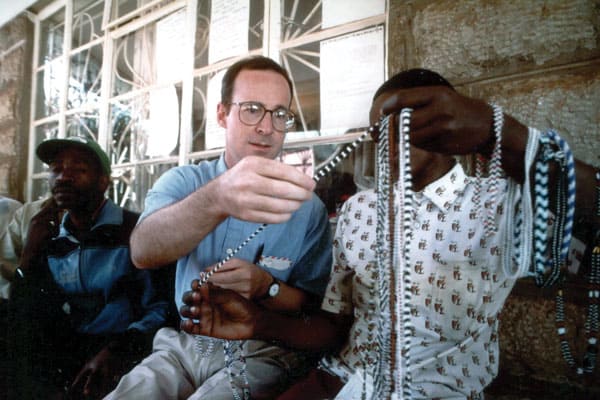 As a seminarian James Martin worked with Jesuit Refugee Service in Kenya, helping refugees like this Rwandan woman, who made crafts to sell.

How can we understand forgiveness, reconciliation, making amends and moving on?

Jesus forgives the people who nailed him to the cross. He forgives Peter, who denied him three times. On the cross, he prays for the Roman soldiers. And for Peter, he goes the extra mile by not only saying, “I forgive you” three times, but also saying, “Now I’m going to make you the leader of my flock.” It’s overabundance of forgiveness.

Now, we tend to think, “God’s forgiveness is really like my forgiveness,” and we can’t forgive ourselves. We do the same to other people. We say, “They have to be punished.” But Jesus asks us to forgive “70 times seven.” We feel like we can only forgive so much, but God is not like us.

It’s encouraging people to look at the stories of Jesus and experience forgiveness in their own life and remind themselves that God’s mercy is greater than we are. As Peter Fink, a Jesuit theologian, says about confession, “It’s not about how bad you are, but how good God is.”

In writing about reasons to go to church, you quote Ronald Rolheiser’s saying, “Because God called me there.” Then you say, “The Church in this country needs our help.” What do you mean?

At baptism, you are called into the Church by Jesus—by name, not just as part of a faceless mass of people. Jesus calls Peter and Andrew, Matthew, Nathaniel… It’s an individual call, and Jesus calls each of these people into the group of apostles. 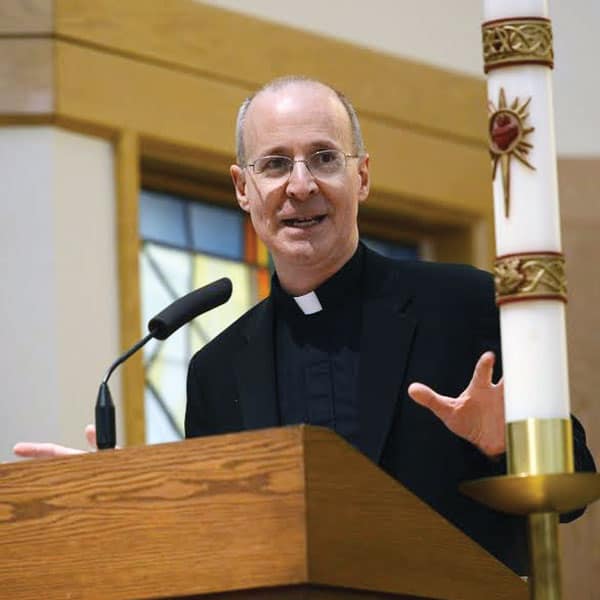 Is your work more focused on having people return to the Church or having the Church returned to people?

You have talked about people saying, “Hate the sin, but love the sinner,” with regard to LGBT people. Please comment.

If you look at the Gospel stories of Jesus meeting people on the margins, it’s welcome first, even for people who were considered sinners, like Zacchaeus in the Gospel of Luke. Jesus sees Zacchaeus, who has climbed a tree to see him pass through Jericho. Now remember that Zacchaeus is the chief tax collector and is therefore considered the chief sinner of Jericho. But Jesus doesn’t shout at him and say, “Sinful person!” Instead he says to Zacchaeus, “Come down from that tree; I want to come to your house today.”

The crowd “grumbles” because they don’t like Jesus reaching out to someone who feels like he’s on the margins. Jesus’ model is welcome for people on the margins, not calling them out about any perceived sin. I’m not saying LGBT people are more sinful than anyone else. But that’s how we treat them—the foremost sinners, as if no one else sins in this Church.

How can we recognize our blind spots in compassion?

By speaking to people who are on the margins and who feel we are not bothering with them. My moral theology professor, Jesuit Father James F. Keenan, said that in the Gospels Jesus doesn’t critique people who are weak and trying. He critiques people who are strong and not bothering: Lazarus, the rich man who just walks over Dives, the poor guy outside the door; Pharisees who don’t bother to think someone might need healing on the Sabbath. That’s the sin for Jesus—a failure to bother to love.

How do you see the Church serving in a digital age?

How can we best use information platforms to reach people?

First, by preaching the Gospel. Second, by talking about Jesus. Third, by being accessible and inviting. We usually forget the second part. The Church is about an encounter with Jesus. But the more we talk about Jesus, the more people are going to want to follow us—and him.

From Maryknoll’s podcast, Among The People Episode 3. Father Jim Martin, Finding Good in All things

Adam Mitchell
Adam is the Senior Marketing Technologist at Maryknoll.

Glimmer of Hope in El Paso

I am extremely disappointed in Maryknoll for featuring this article on Father Martin. Sorry to say I believe he is spreading heresy. In the article on LGBT, Father Martin is condoning sex between the same sex. He is ignoring the words of Jesus who said a man leaves his father and mother and clings to his wife and the two will be one flesh – that is God’s design. Father Martin is also ignoring the fact that Jesus expected people to change and not stay in sin. Jesus forgave the woman caught in adultery (mercy) and told her not to sin again (justice.)

…but, Yvonne, Jesus did not condition his love and forgiveness toward the woman caught in adultery. Indeed, he did not “start” with her “sins” but, rather, with the harsh and unloving judgment of humans who want to forget their own “sins” by punishing other “sinners”. James Hoffman 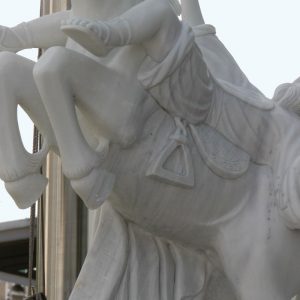 The Conversion of Paul || On January 25 the Catholic, Anglican and Lutheran churches celebrate the conversion of St. Paul,...