" /> Hands for Nepal after the earthquake | Maryknoll Magazine

Hands for Nepal after the earthquake

Maryknoll Father Joseph Thaler remembers the desperation in Nepal after the April 25, 2015, earthquake that killed 9,000 people and injured more than 21,000. In the village of Bhimtar, he saw 900 homes reduced to rubble, six schools flattened and the water supply destroyed. He felt hopeless. 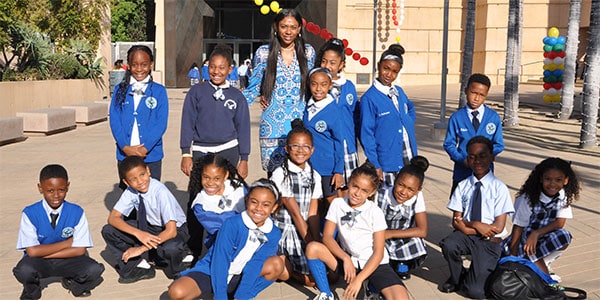 The next day, out of the blue, he received an email from Lydia Gamboa, director of the mission office of the Los Angeles Archdiocese. “We are with you, our brothers and sisters in Nepal,” Gamboa wrote, “and we are going to begin a campaign for fundraising.” 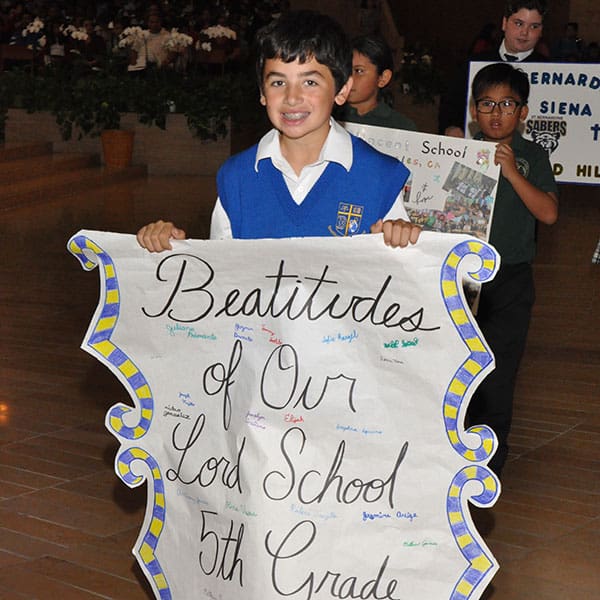 Last October, more than 4,000 students packed the Cathedral of Our Lady of the Angels in California to celebrate a youth appreciation Mass of the Missionary Childhood Association to hear a very heartfelt “thank you” from Father Thaler from the people of Nepal whom MCA had helped. MCA is a program of the Los Angeles mission office that helps missions around the world. After the 2015 earthquake in Nepal, MCA began a campaign called “Hands for Nepal” to raise funds for Maryknoll’s mission there.

Thanking the MCA and students who helped, Father Thaler, who has served in Nepal since 1977, said, “We all stand with one very precious thing in common and that is through our baptism we are called to be missionaries.” 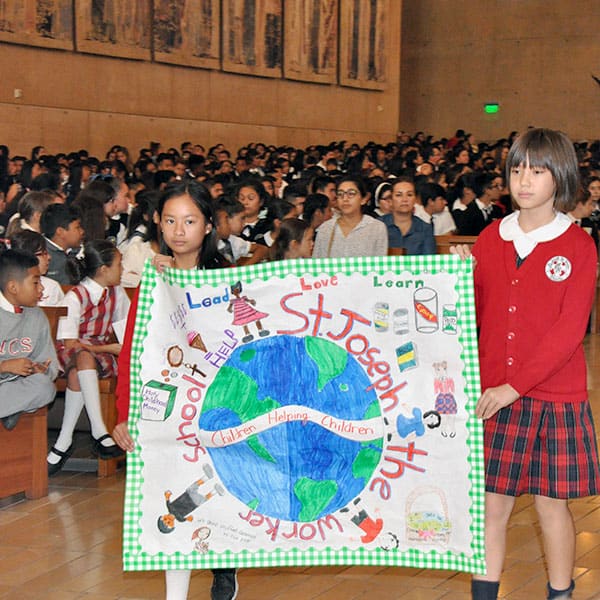 More than 4,000 students packed the Cathedral of Our Lady of the Angels in California to celebrate a youth appreciation Mass. (N. Bracamonte/U.S.)

With the donations from the Los Angeles students and others, along with their prayers and the labor and efforts of the local communities in Nepal, the missioner told them, they helped reconstruct 1,300 homes, four primary schools and two secondary schools. 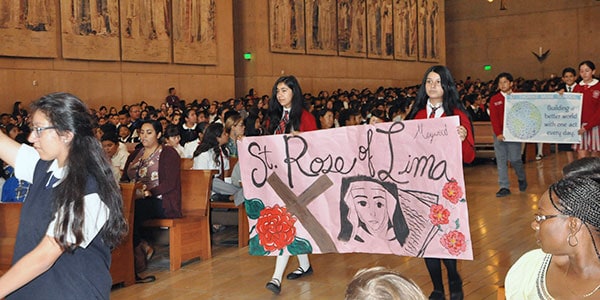 After the 2015 earthquake in Nepal, the Missionary Childhood Association began a campaign called “Hands for Nepal” to raise funds for Maryknoll’s mission. (N. Bracamonte/U.S.)

Father Thaler, who praised the love, compassion and faith of the students, stayed in Los Angeles, speaking in a school and participating in Mission Sunday Masses before returning to Nepal to continue trying to collaborate with Nepalis who had lost homes, belongings and food due to savage flooding from recent unusually heavy monsoon rains.

Then the rains came: Nepal Floods 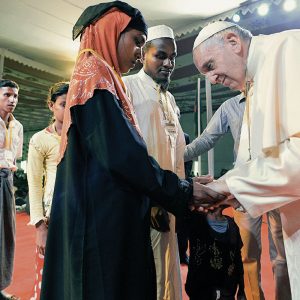 Pope Francis says he will “do everything possible” to help persecuted people of Myanmar || Expectations are high...