" /> A ministry of medicine in Africa | Maryknoll Magazine

A ministry of medicine

||
Story and photos by Sean Sprague

It’s a special day at the medical clinic in the informal settlement known as Bangladesh on the edge of the Kenyan coastal city of Mombasa, and several patients have arrived early for consultations. Today is the one day of the month when Dr. Susan Nagele is at the clinic to see patients.

Nagele, who serves in East Africa with the Maryknoll Lay Missioners, attends patients at 12 other clinics up and down the coast from Mombasa on other days of the month. When she’s not at a particular clinic, patients there are served by clinical officers, equivalent to physician assistants in the United States.

“Bangladesh is the largest informal settlement in Mombasa and the government does not provide any health care services,” Nagele says. “People have no idea what constitutes decent health care and quacks have set up shop in filthy backroom structures that spread disease and even maim and kill innocent people.” 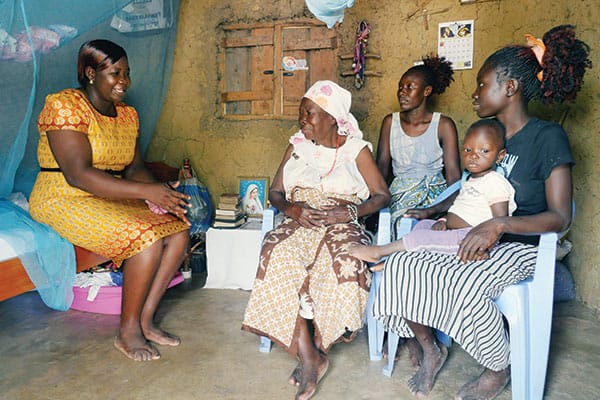 Social worker Caroline Osong, who does outreach for the clinic where Dr. Susan Nagele serves, visits 79-year-old Rose Muyuka, a grandmother who has diabetes and is partially blind.

Many of the houses in this slum, called Bangladesh after the Bengali workers who lived here during British colonial rule, are tiny mud-floored shacks where whole families sleep on a single damp mattress. HIV/AIDS and tuberculosis are the most prevalent life-threatening ailments in this settlement. Mosquito-borne diseases such as malaria and dengue are common, and there is currently an epidemic of two lesser-known viral infections, chikungunya and o’nyong’nyong, which are also spread by mosquitoes and cause fever and aching joints.

The missioner from Illinois says the health problems facing the people of Bangladesh are beyond the scope of one volunteer doctor. She lauds the work undertaken by social workers and a team of voluntary community health workers, who make rounds visiting sick patients at home, ensuring they take their medications and are using mosquito nets properly.

Nagele says these local healthcare workers are essential in helping educate the residents to what is available in the clinic dispensary. It’s especially important for Nagele to know Bangladesh’s sick and infirm are in good hands—because soon, she notes, she will be moving on.

After almost 34 years as a medical missionary in Africa, Nagele, 62, plans to return to Illinois in July to care for her 84-year-old mother. She says it is unlikely she will return to Africa as a doctor, but she doesn’t rule it out completely. For now, she will continue as a Maryknoll lay missioner doing mission education and promotion from Urbana, Ill.

“I’m very happy to be able to continue on with Maryknoll Lay Missioners and now help to spread our good news in the U.S. after being so blessed by my life in East Africa,” she says. 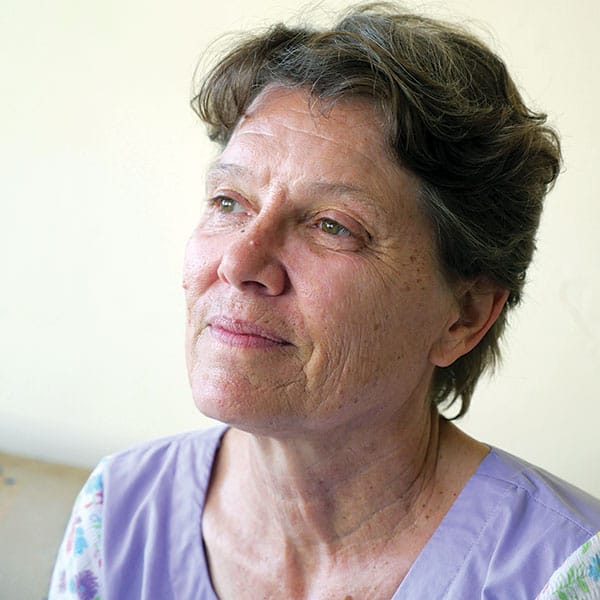 Nagele began her mission career shortly after graduating from Southern Illinois University School of Medicine and completing her family practice residency. In 1984, she joined the Maryknoll Lay Missioners and was assigned to the village of Kowak in Tanzania.

Almost as soon as Nagele arrived she experienced a measles epidemic. “I had never seen a single case of measles before,” she says. “Nothing could have prepared me for what I saw: two or three kids a day suffocating to death. There’s nothing you can do other than comfort and support the family. This was followed by an outbreak of cholera!”

Nagele says she felt like she had been thrown into the deep end, but she rapidly adjusted to Africa and tropical medicine. She was accompanied by Maryknoll Lay Missioner Sandra Cavendish, an experienced nurse 15 years her senior, who, along with Maryknoll Fathers James Conard, Thomas Tiscornia and Carl Meulemans, helped the young doctor find her feet. She and Cavendish, who returned to the States in 1990, and two religious sisters of the Helpers of the Holy Souls wiped out both measles and cholera locally within six years. They expanded a defunct medical outpost and converted a disused convent into a modern rural hospital.

After five years of “boot camp” in Tanzania, Nagele plunged into even more challenging territory and began a 12-year stint in southern Sudan, part of that time joined by another Maryknoll lay missioner, nurse Liz Mach. At that time, a civil war was raging in Sudan between the government in the capital of Khartoum in the north and the largely African tribal populations of the south, which would eventually become independent South Sudan.

The Khartoum regime was known for dropping bombs from Russian Antonov aircraft onto the rural villagers. Nagele describes being in the middle of surgery in the town of Nimule during one such bombing raid. On the operating table was a man whose stomach had been ripped open by shrapnel. Rather than leave the patient and run for the basement, she and the surgeon continued to sew up the man to save his life even as bombs fell outside.

“When I went to South Sudan, I asked myself, ‘Are you ready to die?’ I was going to a war zone,” Nagele recalls. “I said yes. I didn’t look any gun in the face. I didn’t court death, but I was prepared to die if it came to that.”

She moved around the country to avoid danger as much as possible, but after her harrowing experience in Nimule in 1996, she decided it was time to move to a safer part of the country. Mach had already left after being seriously wounded when the vehicle she was in was ambushed. Nagele moved to Lotimor in the east, near Ethiopia, where she ministered for three more years. 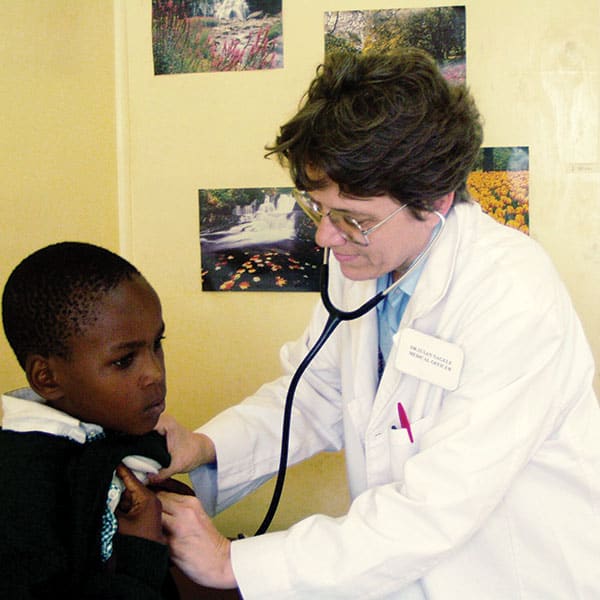 “I wasn’t looking to leave South Sudan, but to find a place not on the front line,” she says. “It was to me as far to the end of the earth that you could ever go. We were setting up primary health care, something we could bring to make people healthier and happier. The locals had not seen much of modernity, although the men routinely carried AK-47s to protect against cattle rustlers!”

She spent another three years in what is now South Sudan in Nanyangochor, an even safer but equally remote region, before accepting a post in western Kenya, where she helped renovate and upgrade an old cottage hospital. Yet peace was elusive, even in Kenya. After contentious national elections in 2007 led to violence between rival ethnic groups, or tribes, Nagele found herself once again treating the wounded and victims of rape and torture.

Since 2009, Nagele has served in Mombasa, treating patients in Bangladesh and other slums. Her mission journey has been grueling at times, and she has witnessed untold violence and misfortune. She has even suffered physically herself, falling ill to a disease that caused dry eyes, mouth and skin and left her weak and fatigued. It took six months to diagnose Sjogren’s syndrome, an autoimmune disorder that she still has but says is “not as bad as in the beginning.”

Pondering her return to the States, Nagele displays a frank, no-nonsense attitude borne of years ministering in some of mission’s toughest conditions.
“I won’t miss some of the challenges of East Africa—flies, no electricity or water,” Nagele says. “But every place has its challenges and I can guess at a few that I will find in Illinois and other parts of the U.S.A.”

Featured Image: Doctor Susan Nagele examines a child at the clinic where she works in a poor community in the Kenyan city of Mombasa.

Reclaiming the future for prisoners in El Salvador 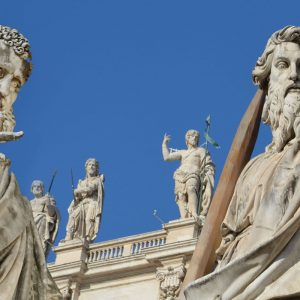 Peter and Paul let discipleship outshine differences for the good of the Church || What do we do when disagreements...