Partners In Mission / May 1, 2018
ShareTweet it!LinkedinEmailPrint

Natalia Joseph Kadio says, “Being a partner in mission on a winning team has transformed my life.” The 56-year-old Tanzanian woman is referring to her longtime collaboration with Maryknollers in the Archdiocese of Mwanza.

She takes particular pride in having worked side by side with Maryknoll Father Jim Eble to develop Mabatini outstation into what is now Transfiguration Catholic Church. Many active small Christian communities, zealous apostolic groups in the parish and a robust new church structure for worship are the fruits of that team. (See related story.)

Natalia is originally from the Kilimanjaro region of Tanzania, where her Catholic parents were coffee farmers. The third of six siblings, she was inspired by her mother to enter the convent and become a nurse. Natalia’s mother had been a religious novice herself but left the convent to care for her sick mother. Natalia went to Kenya for formation with the Little Sisters of St Francis, took her vows at age 28, and returned to Tanzania for training in nursing and midwifery. Being “close to the sick,“ she says, was her desire.

With the prevalence of HIV/AIDS among the sick, Natalia sought further training in pastoral care and counseling at Bugando Medical Center in Mwanza, where I was conducting Clinical Pastoral Education (CPE). She continued her CPE training in New York City and was certified as “Chaplain.”

“Clinical Pastoral Education,” Natalia says, “is where I learned the language of my inner world.” She also became equipped to help others explore their inner worlds and considers as “memorable moments” those privileged opportunities she has been given to listen to the distressed and dying.

When she returned to Tanzania from New York, Natalia began to feel a new calling. She asked for a leave of absence from her religious community, made a 30-day retreat and joined the Jesuit Refugee Service team ministering to Burundian refugees at a camp in Kibondo in western Tanzania. “I sensed that I could minister to others in their human condition better as a lay woman,” she says.

She returned to Bugando Medical Center and trained with me in the supervision of others in pastoral ministry. One of her first students was Maryknoll Father Jim Eble, who would become her pastor in Mabatini.

“Father Jim introduced me to the Mabatini parishioners as ‘Mama Mshauri’ (Mother Counselor) and the name stuck,” Natalia says. As a counselor and administrator, she has flourished in using the gifts God has given her. She has counseled the sick and emotionally disturbed and handled finances with the money management skills she learned from Maryknoll Father David Smith. Solidarity, openness and respect, she says, solidified the parish team. “The people have trusted me,” Natalia says. “Their life is my life.”

Natalia feels blessed, with “no regrets” and is unscathed by a sometimes-cultural bias against unmarried women. With her caring connection and ministry to many as “Mama Mshauri,” she describes her life as “living alone but not lonely.”

The Way of Kindness 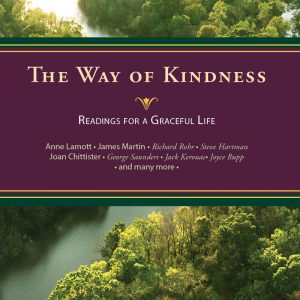 The Way of Kindness

Orbis Book Spotlight || The Way of Kindness is the second in a series of writings on virtues that enrich and transform...

May 1, 2018
Copyright 2020 Maryknoll Fathers and Brothers. All Right Reserved.
Back to top