The first time Maryknoll Father Juan Zúñiga visited El Abra, a maximum-security prison in Cochabamba, Bolivia, to begin his pastoral ministry of visiting the prisoners, he was impressed. The facility included workshops for carpentry, metalwork, tailoring and crafts, a separate building that functioned as a clinic, open spaces with trees, and two small fields for sports. Under a self-government system, certain prisoners were in charge of many of the daily functions within the prison.

That was in April 2010. Father Zúñiga soon discovered that the seemingly tranquil prison was actually filled with tyranny and abuse by the prisoners in charge of this facility, which was built to house 300 inmates but was housing 700. 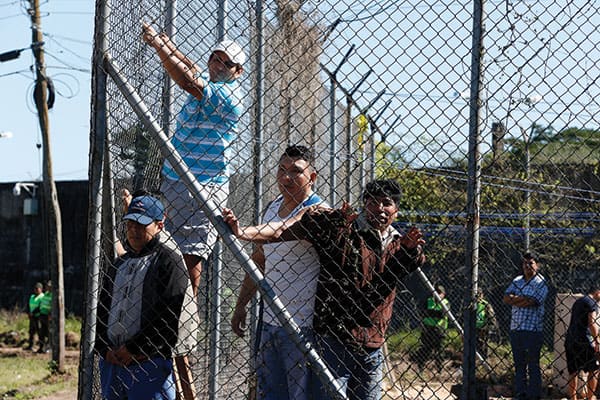 Inmates at Palmasola prison in Santa Cruz strain to see Pope Francis during his 2015 visit to that largest of Bolivia’s 32 jails.

“Such was the abuse that some three years later, four of the prisoners in charge were murdered by other prisoners,” says Father Zúñiga, whose ministry included celebrating Mass with the prisoners and bringing them the sacraments.

In April 2015, he attended training sessions to become a facilitator for a program known as ESPERE (acronym in Spanish for “Schools for Forgiveness and Reconciliation”) and his ministry with prisoners now includes helping them learn how to forgive.

“When we do not forgive, we are left with feelings of resentment, anger—negative feelings that affect our lives,” says the Maryknoll missioner from San Antonio, Texas. “ESPERE is a program that teaches the process of forgiveness. We teach how to recognize and then free ourselves from those negative feelings so that we no longer carry that burden. It is a great help for our brothers and sisters who are incarcerated.”

The methodology, which includes presentations, periods of reflection and interactive activities, games and rituals, was developed by Father Leonel Narváez Gómez, a sociologist and member of the Consolata Missionaries in Colombia, when he was part of a negotiating committee working to bring about peace between the government and FARC rebel group during his country’s civil conflict. With the help and advice of experts from the universities of Wisconsin, Harvard and Cambridge, he established the Foundation for Reconciliation in 2013. 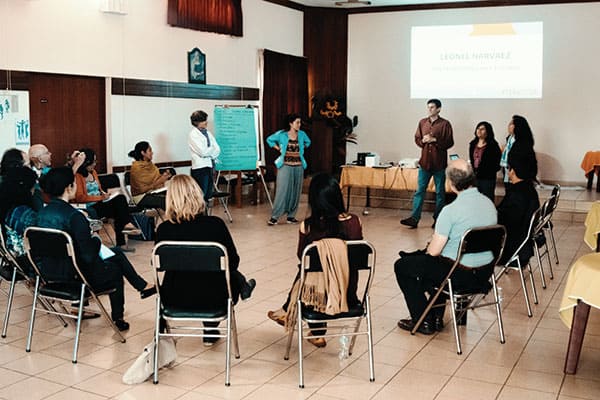 Members of the ESPERE team during a training to teach forgiveness and reconciliation.

This non-profit organization is currently active in 19 countries, mainly in Latin America. The ESPERE program promotes a culture of caring, forgiveness and reconciliation in the various contexts and according to the needs and expectations of the participants.

In the prisons of Cochabamba where the ESPERE method has been taught, the lives of some of the inmates have been transformed. “By the grace of God there have already been several inmates who, at the end of the ESPERE workshops, have expressed their gratitude for what they have learned. More than anything, they learned to recognize the hate and anger that they carry,” says Father Zúñiga, who was ordained a Maryknoll priest in 1988 and has done prison ministry on the U.S./Mexico border and at Sing Sing prison in Ossining, N.Y.

“At San Pablo prison (in Cochabamba) we are assisted in the organization of the workshops by one of the prisoners, Genaro, who has expressed to me the sense of liberation he felt when he was able to forgive and leave behind those negative feelings that at times overwhelmed him,” says Father Zúñiga. “Now he lives a bit easier inside the prison because he seeks to apply the teachings of the workshop in his daily life and does not allow certain incidents inside the prison to fill him with resentment.”

The workshops on forgiveness and reconciliation are given once a week for four months by members of the ESPERE team, who receive logistical support from the Maryknoll Mission Center for Latin America in Cochabamba. Currently, the team is made up of Father Zúñiga and volunteers Mabel Ramírez, a psychologist, Jinky Irusta, a lawyer, and Jason Matthew Obergfell, an engineer. 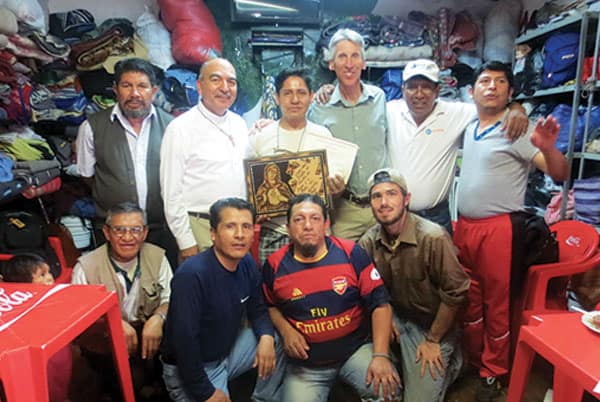 Father Zúñiga with volunteers from ESPERE and prisoners of a Cochabamba prison at the end of a workshop on forgiveness and reconciliation.

Irusta joined the ESPERE team three years ago. After facilitating her first workshop on forgiveness, she felt blessed. “It is my desire that other people live the experience of forgiveness,” she says. One of the enriching experiences she had while facilitating the workshop was to observe how one prisoner was able to let go of the burden she felt after being forced to give up her daughter for adoption. “It’s gratifying to be able to share what little I know,” says Irusta.

Obergfell, a Maryknoll affiliate who also served in Bolivia as a Maryknoll lay missioner, presents the ESPERE workshops with Father Zúñiga. During one of the group activities he facilitates in the prison, a game in which each participant seeks to “save” himself, Obergfell was moved when one of the prisoners, Luis, preferred not to save himself but rather to share what he had in order to save others.

“ESPERE, in the context of prison ministry and in the context of our Christian faith, teaches us not only to forgive, but also that we all have much to learn from those who are often presumed to be unforgivable,” says Obergfell. 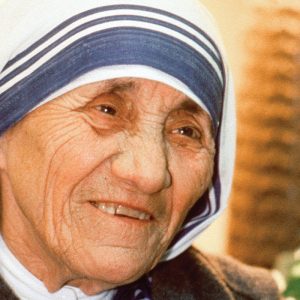 Holy people like Mother Teresa continued serving despite their doubts || A distraught mother cornered me after Mass....