Father Hegarty empowers people to live as gifts of God

Gone are the days when Maryknoll Father Frederick Hegarty navigated muddy paths and mountain trails on horseback or bicycle or in a jeep-like vehicle called a Unimog to share the Gospel with farmers in rural Chile. These days, at 91, he gets around mostly in a wheelchair and is a member of the Maryknoll Fathers and Brothers’ senior missioner community in New York. But his enthusiasm for mission—and life in general—is as strong as ever as he celebrates 65 years as a Maryknoll priest.

“Being a missioner is about empowering people by proclaiming God’s love for them,” says Father Hegarty. “You use the abilities God has given you to help the people you are with.”

He imbibed that spirit, he says, from his parents, both Irish immigrants, as they raised their four sons in Newark, N.J. “My mother was a daily communicant,” says her oldest son. “My father was a labor union leader for construction workers.” Father Hegarty recalls his father trying to persuade a contractor to rehire a man who was unjustly fired. The contractor refused. “My father said to me, ‘Let’s go down to the corner and get a cup of coffee.’ I presumed he had just given up,” says the plainspoken priest. “But when we got to the door, he whistled and 70 men walked off the job. The contractor immediately came to make arrangements.” 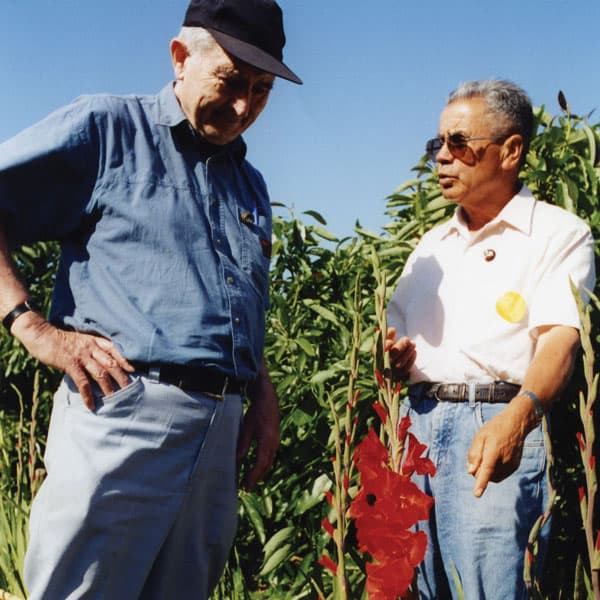 Traveling up and down Chile, Father Hegarty (wearing cap) listened to the concerns of poor farmers and helped them “discover the supernatural in human activities.” (J. Fedora/Chile)

Young Fred tucked that example of social justice into his heart, where faith had already taken root. Faith doing justice became the mantra of his life.

When he was in college at Seton Hall University in South Orange, N.J., he says, the idea of becoming a priest began to percolate. He entered the Newark Archdiocesan seminary in Darlington, N.J. Explaining why he transferred to the mission society, he says, “I met some Maryknollers who came by and it seemed to be that’s where the good Lord wanted me to be.” He was ordained a Maryknoll priest on June 13, 1953.

The next day he was on his way to Chile. There, he says, large landowners controlled every aspect of life. He was assigned to do pastoral work among poor farmers who tilled the land. “They had no rights. They couldn’t read or write and were treated like slaves,” he says. “You had to wake them up and help them realize they were gifts from God.” That became his mission.

“We organized the poor into grassroots Christian communities, and they would get together like families and we would go there to help them support each other in understanding their faith and reaching their potential,” he says, adding that they began with the children. “We saw that one-room schools with one teacher and four grades—first to fourth—was the best starting process.”

He boasts of having welcomed four of the first Peace Corps Volunteers, who came for two years to assist in his parish. “They were trained at Notre Dame to help in developing countries,” he says. “They did things like knocking down trees to build schools.” 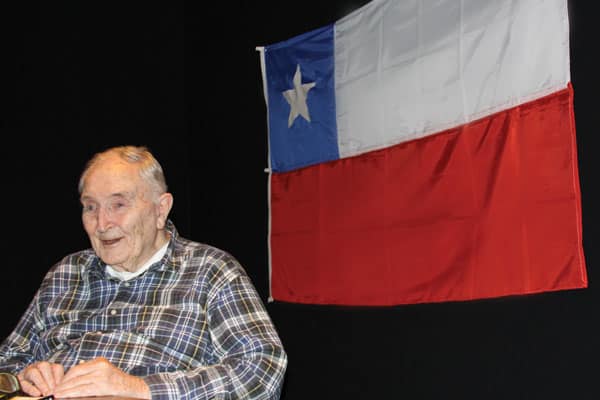 With the Chilean flag as a backdrop, Father Hegarty shares stories from his vocation journey during a recent podcast interview at Maryknoll, N.Y. (D. Mastrogiulio/U.S.)

The government of Chile, backed by the Catholic Church and the United States, decided in the early 1960s to improve its backward agrarian economy by redistributing land. Father Hegarty says 90,000 poor farmers became landowners and needed help to make the transition.

The Chilean bishops asked the Maryknoll priest to leave his rural parish to take on roles that would enable him to assist poor farmers nationwide. He became national chaplain of Rural Catholic Action, an organization committed to encouraging Christian leaders in rural Chile, and also spiritual consultant to the Institute of Rural Education, a privately sponsored group that Father Hegarty says was “trying to develop leadership in people who had been followers all their lives.”

Orlando Farías is a shining example. “We found Orlando, 22 years of age, and he didn’t know how to read or write,” says Father Hegarty. “We discovered he was a genius. He went through grammar school, high school, got his degree in agriculture and became president of the Institute of Rural Education, which now has 25 technical schools.”

Maryknoll Father Ernest Lukaschek, who worked in Chile at the time, says Father Hegarty was “an animator, an envoy of the Chilean bishops who traveled up and down the country visiting farmers and teaching priests how to train rural lay leaders.”

When dictator Augusto Pinochet came to power in 1973, land reform policies were reversed and many small farmers lost their land. But Father Hegarty and the lay leaders he trained continued to help the farmers reflect on their life in the light of the Gospel and to develop themselves.

Because he sided with the poor, Father Hegarty was asked by the dictatorship to leave the country in 1983. He accepted a stateside assignment from the Maryknoll Society in mission promotion, during which he earned a doctorate in pastoral ministry. 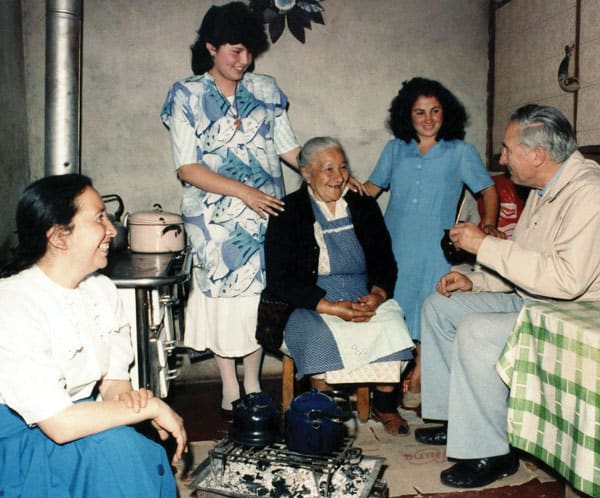 In 1987 as democracy was being restored to Chile, he was able to return. He founded another organization, Rural Missionary Solidarity (SOLMIRU), to help poor farmers, in his words, “find a place in a liberal globalized process to live as children of God.”

Age and health issues forced him to leave Chile in 2010, but he stays in touch with the leaders he trained, encouraging them to uphold the dignity of the rural poor in the midst of new challenges, such as the migration of youth to the cities. He urges them to draw inspiration from Pope Francis’ encyclical Laudato Si’ on the importance of caring for the earth.

Like other members of the senior missioner community, he has a special prayer ministry. “Each day we pray in particular for the benefactors who support our works throughout the world,” says Father Hegarty. He leads the daily rosary and hears confessions weekly for the missioners and those who work with them and says he would like to minister to U.S. Hispanic Catholics.

“Fred tells me he is working on a five-year plan,” says Maryknoll Father Edward McGovern, superior of the senior missioner community. “Meanwhile with his outgoing personality he engages every individual he meets.”

That engagement even includes making the rounds distributing snacks to the other senior missioners each evening as they socialize before dinner. “They call it Hegarty’s Tavern,” says Maryknoll Brother Brendan Corkery, the community’s assistant superior. Father Hegarty claims it’s just his way of caring for others.

As he listens for his next call to serve, he has this advice for seniors everywhere: “Learn how to support young people. You will discover many are very gifted.”

He hopes he will be remembered “as a good Maryknoll missioner, who did a good job.”

If empowering people with God’s love is the measure of a missioner’s success, it’s safe to say, “Well done, Father Hegarty. Keep up the good work.”

Featured Image: A team of oxen had to pull Father Frederick Hegarty and his Unimog out of a flooded path as he traveled to share the Gospel in rural Chile. (Maryknoll Mission Archives) 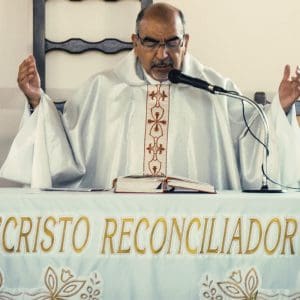 A Maryknoll missioner puts into practice a methodology of forgiveness in Bolivian prisons || The first time Maryknoll...