Holy people like Mother Teresa continued serving despite their doubts

A distraught mother cornered me after Mass. “Tell my son to come to church!” she said and added, “He says he no longer believes in God.”

When I inquired about his age and learned he was 19, I said, “Yup. He’s right on schedule.”

A bit confused but not at all amused, she insisted if I told him to believe, he would. I explained faith doesn’t work like that. It cannot be forced or faked. In time, without being nagged, he may return to God and to church, with deeper, more honest faith. In the meantime I asked her to invoke the intercession of St. Monica, who prayed for 40 years for the conversion of her son (who went on to become St. Augustine), and to pray as well to newly canonized St. Teresa of Calcutta.

Similar scenarios have played out several times a year. In many cases, the young people do come back. Luckily, we have intercessors to guide us through a time of disbelief, or, like this mother, to share our concern about the spiritual welfare of our children. We understand calling on St. Monica’s intercession, but why Mother Teresa?

Like most people, I admire Mother Teresa. Motivated by the Gospels, she spent her life serving the poorest of the poor. She fed the hungry, tended the sick, welcomed orphans and picked up the dying from the squalid streets of Calcutta. Respectful of other religions, she read to dying Hindus from their holy book, the Upanishads; to dying Muslims, the Qur’an; and to Christians, the Bible. She explained, “I want to give people an experience of God’s love. After that, it’s up to them how they choose to worship.” Some of those who had been dying actually recovered, having experienced God’s love for them through someone who cared.

Her example so inspired renowned atheist Malcolm Muggeridge that he converted to Catholicism. In 2016, just 19 years after her death, the Church bestowed on her its greatest honor: sainthood.

I confess that for all her holiness and good works, I had difficulty relating to Mother Teresa, let alone trying to imitate her. How could I, or any mere mortal, do even half the things she did—and with such joy, no less? Who has that kind of faith nowadays?

Then, go to find out, in this regard she was in fact just like me. Like that teenager. Like most of us. She doubted! Her personal writings revealed that for more than 50 of her 87 years of life, she doubted the existence of God. She found no comfort or consolation in her devotions. Still she persisted with her life and ministry—with joy! Her doubt makes her witness all the more amazing, like the night sky makes stars appear brighter and more beautiful.

Cynics scoffed that this admission exposed her as a fraud. But people of faith recognized this holy doubt as ultimate proof of her sanctity. After all, experiencing doubt—here was something every human could identify with. Yet she did not let doubt prevent her from pushing forward, even if God seemed absent and her life drier than the desert.

Holy doubt runs throughout Christian spirituality, all the way back to the Gospel accounts of Jesus’ resurrection. St. Mary Magdalene wept outside the empty tomb. Even seeing the Risen Lord did not dispel her doubt, as she mistook him for the gardener, who must have moved the body. After she realized Jesus was truly risen and she tried to tell the other apostles the good news, they doubted her. After Jesus appeared to them, and they told St. Thomas, he doubted them. Yet his doubt led to the ultimate proclamation of Christ as our “Lord and God” (John 20:28).

Mother Teresa once said, “If I ever become a saint, I will surely be one of darkness. I will continually be absent from heaven—to light the light of those in darkness on earth.” We can be confident she among others will light our way—to God. 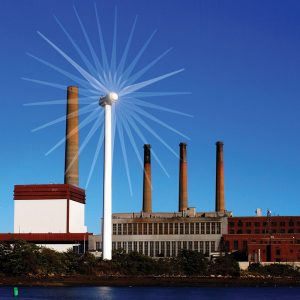 Catholic institutions heeding call to get out of carbon fuels || When a group of students at Swarthmore College in Philadelphia...

Jul 1, 2018
Copyright 2020 Maryknoll Fathers and Brothers. All Right Reserved.
Back to top