Catholics are still in for climate accord

The Paris Agreement, adopted at the United Nations climate talks in France in 2015 and supported since by every other country in the world, is viewed by many as our best hope to reduce greenhouse gas emissions and curb global warming and to help those countries most vulnerable to climate change.

The initial outcry over the United States’ withdrawal from the agreement has grown into a coalition of more than 2,700 U.S. chief executives, college presidents, faith leaders, tribal leaders, governors and mayors. Calling themselves the “We Are Still In” coalition, they have pledged to stay committed to climate action and the framework of the Paris accord.

“Together, we will remain actively engaged with the international community as part of the global effort to hold warming to well below 2 degrees Celsius and to accelerate the transition to a clean energy economy that will benefit our security, prosperity and health,” the We Are Still In Declaration states.

Maryknoll missioners live in and work with communities in some of the countries most vulnerable to climate change. We know the struggles and suffering that extreme weather and rising temperatures and sea levels have already brought to these communities.

“Just as we are experiencing a shortage of water in the major cities, the big rivers—the Brahmaputra and Ganges—are flowing full speed from the melting snows in the Himalayas and gouging out great swaths of farm land, threatening a whole way of life for millions of people,” Maryknoll Sister Claudette LaVerdiere reported from Dhaka, the capital city of Bangladesh, during the Paris climate talks. “Those who lose everything flock to Dhaka to seek work. This city of approximately 16 million is already crowded beyond belief. There is truly no room to spare, and still they come.”

The Maryknoll Office for Global Concerns has joined thousands of leaders of U.S. Catholic institutions, including parishes, dioceses, schools, colleges and universities, health care facilities, and others, in signing a united “Catholic Climate Declaration” in solidarity with the We Are Still In coalition. Coordinated by the Catholic Climate Covenant and its partner members, which include the U.S. Conference of Catholic Bishops, we seek to add a strong Catholic voice to the U.S. commitment to climate actions and the goals of the Paris Agreement, even if it isn’t at the federal level.

“Climate change is an urgent moral issue because it compromises the future of our common home, threatens human life and human dignity, and adds to the hardships already experienced by the poorest and most vulnerable people both at home and abroad,” the Catholic Climate Declaration reads.

According to the World Resource Institute, the top three greenhouse gas emitters—China, the European Union and the United States—contribute more than half of total global emissions, while the bottom 100 countries only account for 3.5 percent. The world can’t successfully tackle the climate change challenge without significant action by the United States.

Companion on the mission journey 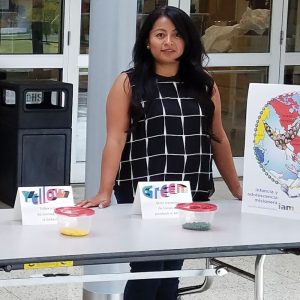 Companion on the mission journey

As we approach World Mission Sunday on October 21, a Los Angeles woman reminds us of our call to missionary discipleship || I...