Relieving stress for children in Immokalee

Maryknoll Sister Catherine DeVito recalls trying to comfort a 5-year-old girl with anxiety, who feared her mother would be taken away. Sadly, says the missioner, this child is not unique among those who come to the Center for Child Stress & Health of Immokalee in southwest Florida, where Sister DeVito is a caseworker.

“Families here are dealing with instability, relocation, separation, trauma, immigration, poverty—to name only a few,” says Sister DeVito, describing the plight of children and their parents in this landlocked community of 25,000 people, most of whom are migrant workers from Mexico, Central America and Haiti. They do the heavy work of harvesting our fruits and vegetables, she says, earning $12,000 to $16,000 annually. (During the winter, 90 percent of tomatoes in the United States are grown in Immokalee.)

The Center for Child Stress & Health was founded by the Florida State University College of Medicine. “FSUCOM is focused on integrated healthcare for women and children,” says Sister DeVito, who screens children for signs of toxic stress, depression, neglect, abuse and lack of resources. She says that screening for adverse childhood experiences, or ACEs, is a routine part of each child’s annual checkup.

Immokalee has many mixed-status families, meaning that within families members can have different legal status. “The issue of immigration has been by far the hardest to treat,” says Dr. Javier Rosado, clinical director of the Center for Child Stress & Health. “Humans are not designed to live in a state of alarm or danger.” 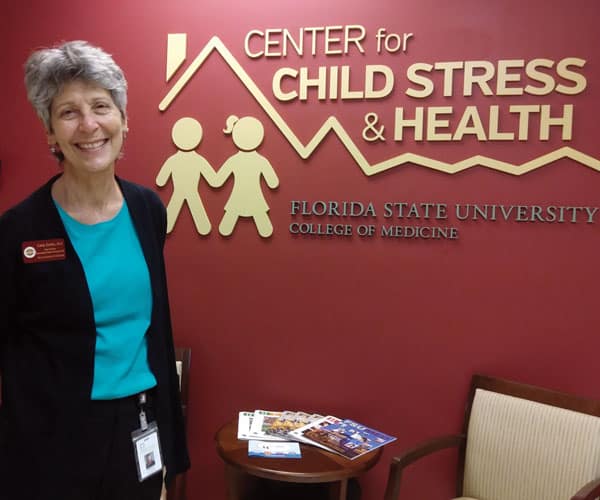 Maryknoll Sister Catherine DeVito says she is grateful to work at the Center where she helps children cope with stress. (G. Romeri/U.S.)

Dr. Rosado says he has found that youth here begin from a young age to try to ascertain who is safe and who is not. U.S. Immigration and Customs Enforcement checkpoints, surveillance, detention and deportations occur regularly throughout this region. “Extreme levels of anxiety affect the whole community—regardless of your own immigration status,” says Dr. Rosado. “And the kids feel it.”

The Center hosts educational workshops to help families cope with the sudden loss of loved ones. Dr. Rosado co-authored with colleague Tatiana Fernandez a children’s book called After the Harvest (available at http://fsustress.org/aftertheharvest/aftertheharvest.html). Written from a young bee’s perspective, it relates common experiences of migrant children as the bee migrates north with his parents.

In Immokalee, once the Florida sun grows too strong and the primary harvest season ends, around April, families migrate north to find other harvesting jobs. This means leaving children behind or uprooting and migrating with them, sometimes enrolling them in several schools in the same year.

Sister DeVito, who holds master’s degrees in education and religious studies, came to address the needs of Immokalee’s children in 2016. Born in Cleveland, Ohio, the former Ursuline sister served in El Salvador for six years, arriving in 1984 after two members of her Cleveland Diocesan Mission Team, alongside two Maryknoll sisters, were murdered by a military death squad during that country’s civil war.

Returning to teach in Cleveland, Sister DeVito went on to serve in Nueva Rosita, Mexico, from 1994 until 2000.
“When one serves in mission, there’s a transformation that goes on inside that’s hard to explain,” she says. “I just wanted to be with the people.” 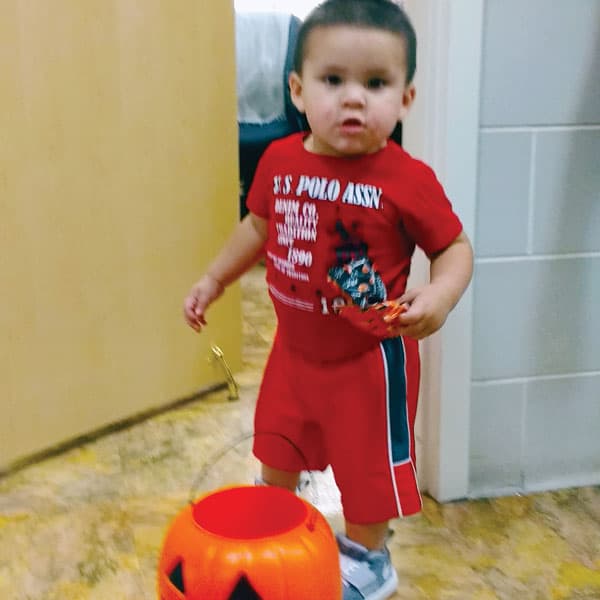 On his way to his medical checkup, 2 year-old Jesús Cantu stops to get a Halloween treat at Sister Catherine DeVito’s office.

In 2000, she transferred to the Maryknoll Sisters and continued in mission in Panama and Bolivia. At age 65, she returned to the Maryknoll Sisters center in New York but felt drawn to Immokalee, which she had visited 32 years before. The area, she says, reminded her of rural Latin America. Soon she was putting her proficient Spanish to use at the Center for Child Stress & Health.

“Cathy has a servant’s heart,” says Dr. Elena Reyes, who helped found the Center for Child Stress & Health and hired Sister DeVito. “She understands the needs of the people here and walks with them, without judgment.”

Residents in Immokalee, many of whom live in shared trailers, are still trying to rebuild after Hurricane Irma in September 2017. They must also deal with ongoing issues such as the health effects of pesticides on expectant mothers. Clinicians here note higher than normal instances of children with asthma, delayed motor and language skills, and physical deformities.

In 2005, three children were born to farmworking mothers with such significant deformities that two of the children died. The child who survived, Carlito, was born without appendages. Sister DeVito was delighted recently to help judge this courageous youth’s science fair project at the local middle school.

For Sister DeVito, the work in Immokalee is heavy but her heart remains full. “I feel so grateful to be here,” she says. “Yes, I’ve seen tears. But I find the people incredibly resilient. They carry on.”

Featured Image: A tot expresses his feelings at the Center for Child Stress & Health. (C. Hackley/U.S.)

Fighting for imprisoned women around the world 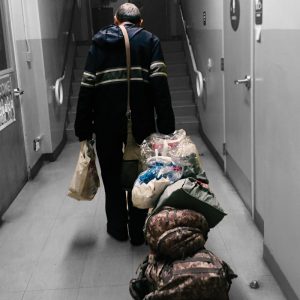 A California parish opens its doors to welcome and aid homeless people || As Jose Villalobos waited for assistance...