" /> Mission ministry is lifeline for migrants in Taiwan | Maryknoll Magazine

A lifeline for migrants in Taiwan

Like thousands of migrant workers in Taiwan, Thelma Daracan, 28, left a low-paying job in her native Philippines to become a caretaker overseas and provide for her family back home.

When the elderly woman she was caring for passed away after eight months, Thelma’s broker placed her in a house to take care of children, cook and do household chores. Like most caretakers in Taiwan, she lived in her employer’s house. Her new employer shouted at her and insulted her for little mistakes, she says. The long hours, lack of sleep and stress from recurring verbal abuse made her so sick that she ended up in the hospital.

When she asked her broker—middlemen between the companies and the workers—to transfer her to another employer, the broker brought her to the agency’s dormitory, where she was charged for room and board and could not leave the building.

“My broker kept all my money,” says Thelma, whose daughter and extended family depend on her financially. “My mother needed to go to the hospital and I can’t support her.” Crying, Thelma says she video-called a friend. “She called the government here in Taiwan to rescue me and they referred me to the shelter of Father Joy,” she says.

For hundreds of migrants like Thelma, the shelter—called Ugnayan—is a safe haven in a sometimes-hostile land. 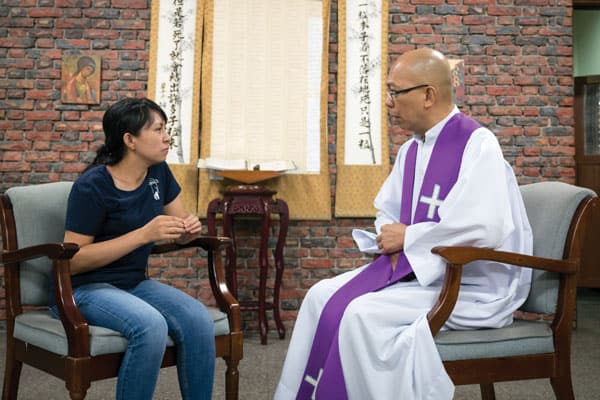 Maryknoll Father Joyalito Tajonera offers migrant workers who come to Ugnayan a home away from home as well as spiritual support and hope for the future.

“Our shelter is open 24 hours a day and people can reach out anytime,” says Maryknoll Father Joyalito “Joy” Tajonera, who runs the shelter. “As long as they need a place to live, while they are looking for work, while they’re following up their (legal) cases or while they’re sick, they’re welcome to stay in Ugnayan.”

The Ugnayan shelters in the cities of Taichung and Taipei are part of a broader migrant ministry run by volunteers and Father Tajonera, a native of the Philippines who has been serving in Taiwan for 16 years. Ugnayan, a word that means “connecting” in the Filipino language of Tagalog, has four main components: shelter for distressed migrant workers, a training center where workers can gain vocational skills, advocacy work to change Taiwan’s laws to ensure the workers’ wellbeing, and sacramental ministry offering Masses and liturgies where Filipino migrants can practice their Catholic faith.

The volunteers who help Father Tajonera run the ministry and lead initiatives to accompany migrants, are mostly young migrants themselves, the missioner says.

“Ugnayan is a one-stop shop where people can inquire or ask for help, ask for advice about their different needs,” adds Father Tajonera.

According to Taiwan’s Ministry of Labor, the country has some 670,000 foreign migrant workers, with Filipinos being the third-largest group, behind Indonesians and Vietnamese.

Due in part to low birthrates and an aging population, Taiwan relies on migrant workers to be caregivers and to work in factories—many of which assemble high-tech computer parts and electronics. Typically, these jobs are low-paying and are considered dirty, difficult or dangerous work that the Taiwanese won’t take, says Father Tajonera. 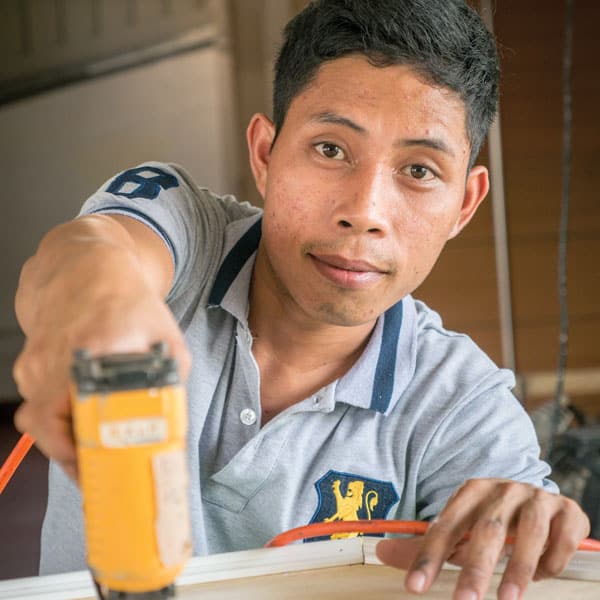 At Ugnayan’s training center in Taiwan, a migrant worker from the Philippines gains new job skills.

To come to Taiwan, each Filipino worker pays brokers between $1,000 and $2,000, the Maryknoll missioner says. Once they are here, they continue to pay monthly fees to their brokers. Some brokers even keep migrants’ passports, ensuring the migrants’ dependence on them.

Father Tajonera calls the system “exploitative,” saying the migrants’ “feet and hands are tied to this broker system.”

Factory workers make about $700 a month, but after brokers’ fees, insurance and other deductions, they are only able to send their families $300 or $350 a month.

Caregivers, who are paid less than migrant factory workers, are not protected by Taiwanese labor laws that cover other industries. As a result, those who work as caregivers are not paid overtime and, in spite of their contracts, often don’t get a day off.

Ugnayan also shelters people who have been trafficked. Often workers are brought to Taiwan on three-year contracts for one type of job but end up doing farm labor or are forced to work in the entertainment industry, where young women are at risk for sexual exploitation. Other times they are shuffled from job to job and made to work in multiple households as nannies, cooks and domestics in violation of their contracts.

If they want to leave their job or change broker, the workers face the likelihood of being jobless, in debt, homeless and with no means to help their families. 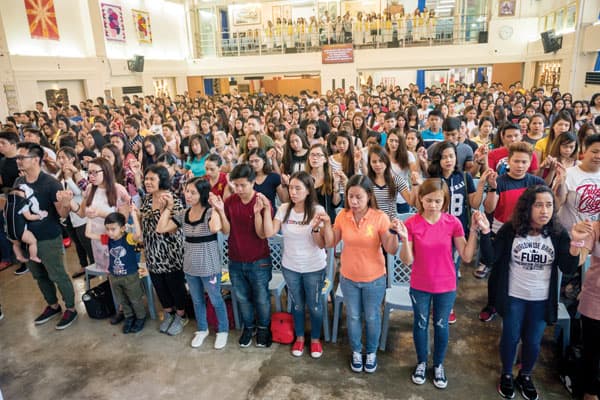 Migrant Filipino workers worship on Sunday in churches like Our Mother of Perpetual Help, a former
movie theater where Maryknoll Father Joyalito Tajonera celebrates Mass in the Tagalog language.

Such is the case of Filipino migrant Maria Marissa Portuguez, 40. This mother of five came to Taiwan to help her husband, children and aging parents at home. When health issues forced her to leave her job in Taipei, she remembered the priest she had met at a church in Taichung in 2014. Another migrant told her that at Ugnayan shelter, migrants have food, a roof and counseling. “I texted Father Joy and asked, ‘Can I stay in Ugnayan?’ ” she says. “I have been here for two weeks.”

While at Ugnayan, migrants try to overcome their trials, this time with a support system.

Thelma still has debt from the loans she took to pay the agency to process her work documents for her first job in Taiwan. Her broker refused to transfer her documents to a new broker so she could get another job unless she paid him $325. Nevertheless, she says she feels stronger and more confident at Ugnayan. She hopes to find a new job soon.

Ugnayan also supports migrant workers outside the shelter through activities at churches like Our Mother of Perpetual Help—a former movie theater transformed into a storefront church in the Tanzi district. “The ministry supports that kind of environment where people have a place to go to … a home away from home,” Father Tajonera says.

On Sundays, the 58-year-old priest celebrates three Masses in Tagalog at different parishes and spends time with migrants who might not come to church. In addition to nurturing their faith, the missioner empowers them to know and defend their rights.

Ugnayan has been making strides in helping Filipino migrant workers since its modest beginnings in 2004. Influenced by the philosophy of Dorothy Day’s Catholic Worker, Father Tajonera and his volunteers believe that “if you can feed one bowl of soup to a hungry person, you made a whole difference.”

The ministry has made such a difference that migrants who move to other areas continue to reach out to Father Tajonera via text or social media, asking for guidance regarding their work, spirituality and family life.

“To be able to see one person smiling, happy, because he or she was able to come to Ugnayan, stay there, and be able to put himself or herself in a stable living situation, to me, that makes the difference,” Father Tajonera says.

Says Thelma: “I want to tell those in Taiwan who have been in the same situation as me to keep fighting and always have faith in God and pray always.”

Featured Image: Thelma Daracan, a caretaker from the Philippines who took a job in Taiwan to provide for her family back home, suffered mistreatment as a migrant worker but found new life at a shelter that is part of Maryknoll’s ministry there.

Giving birth to Jesus in Mombasa 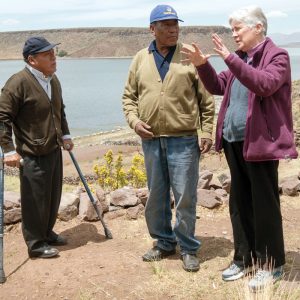