Lita carefully traces daisies on the cake she is preparing for her client in Phnom Penh, Cambodia. She is grateful for the work she has and the skill she has gained as a pastry chef. But her life has not been one of all cakes and daisies.

Lita, whose name has been changed to protect her identity, was very young when her father died. When she was only 10 years old, her stepmother began throwing her into the arms of various men for money. Lita’s journey has taken her through the dark web of human trafficking, but she has advocates on her side, starting with a local non-governmental organization (NGO) that helped her escape the control of her stepmother.

The NGO took her to a shelter for trafficked and exploited children, provided her with vocational training and connected her to another NGO called Chab Dai Coalition.

Chab Dai, which in the Khmer language means “joining hands,” is a coalition of more than 50 Christian NGOs working together to end sex abuse and trafficking in a variety of ways. Through one of Chab Dai’s projects, for instance, survivors of sexual exploitation like Lita are given the opportunity to confidentially share their life journeys. This project is called the Butterfly 10-Year Reintegration Research Project. 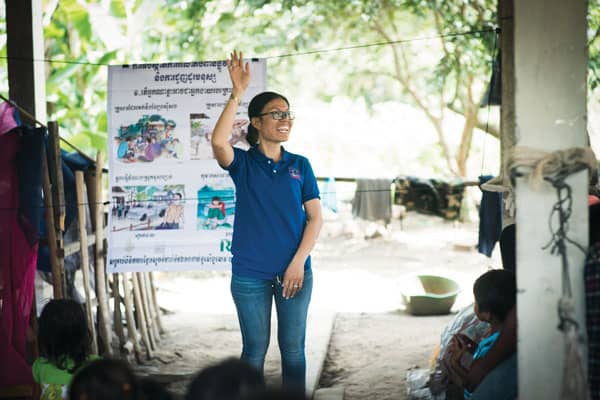 “I am amazed how often my Butterfly teammates who work directly with the survivors are thanked for just being present to listen and validate the emotions and experience of these women, men and children who have been abused,” says Maryknoll Lay Missioner James Havey, a Butterfly researcher and project advisor. “Because of the profound commitment the Butterfly team has to investigating and illuminating the realities survivors face throughout their lives, even beyond NGO intervention, we hope this project contributes to the global discussion on the importance of survivor-informed programming and policy.”

Havey, a native of Wilmington, Ohio, who joined MKLM in 2012, says one important insight he has gained through working with Butterfly’s team of Cambodian researchers is that when people are helped to escape bondage, they need good quality education to secure a high-paying job that will give them enough income to avoid being vulnerable to traffickers once again. Lita was fortunate to be trained as a pastry chef, says Havey, explaining that if she had been trained to make simple baked goods, the wages she earned would not allow her to thrive. “Oftentimes those who do not have sustainable income are forced to work two or three jobs, leaving them desperate and susceptible to exploitive working conditions,” says Havey.

He says Butterfly’s findings reflect a statement from the Maryknoll Office for Global Concerns that echoes the Maryknoll charism: “We work for economic justice with an emphasis on the elimination of poverty and the empowerment of impoverished people.”

Besides helping people out of poverty, Havey says, empowering them means allowing them to be themselves. “We need to take care not to silence each other, especially those who have been abused,” says Havey. Survivors in particular, he adds, need someone to listen to them because it is they who have the best knowledge of the services they and other survivors need. 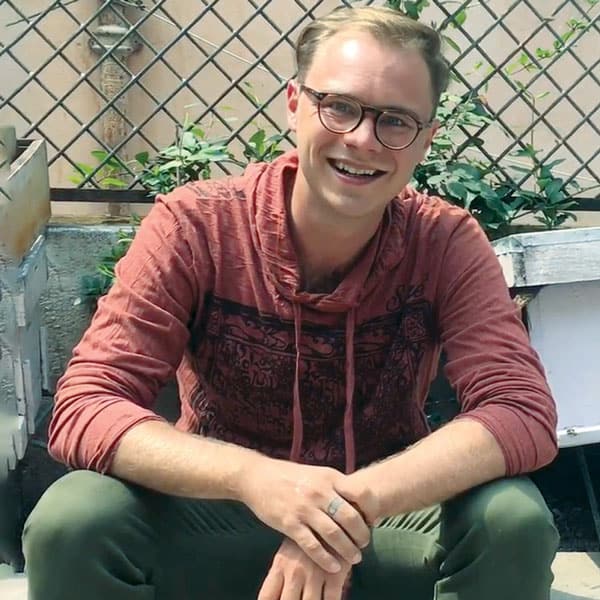 Maryknoll Lay Missioner James Havey serves as a researcher and advisor for the Butterfly Project in Phnom Penh. (Courtesy of Chab Dai Coalition/Cambodia)

The Butterfly Project, he says, continues to accompany Lita on her journey through freedom. She has met a man who loves her, knows her background and still accepts her and wants to marry her, but shame and fear stand in her way, Havey says. He explains that in Cambodia it is the custom for families to meet when a couple is engaged to be married. “The only family Lita has is the stepmother who sold her,” says Havey. “She is afraid her boyfriend’s family will reject her if they meet her stepmother and ultimately learn how she sold her stepdaughter.”

To make things even more complicated, Havey says, the stepmother has been trying to sell Lita again. Because of the lack of a social security net for retired people, children in Cambodia are obliged to financially support their parents as they age.

“The stepmother believes that the way she would receive the most financial support for her old age is for Lita to be sold to a rich business man from a foreign country,” Havey explains.

The Chab Dai Coalition continues to provide a place where Lita’s voice is heard and validated. Chab Dai will not abandon her in her struggles.

James Havey and Chab Dai’s Butterfly team are committed to accompanying all those who are courageously going through the stages of transformation from slavery to freedom. They know it takes time for a caterpillar to emerge as a butterfly. 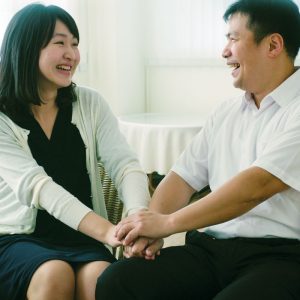