" /> Faith in Turmoil: God is With Us in our Dangers, Dilemmas and Crises

Faith in time of turmoil

God is with us in our dangers, dilemmas and crises

Unrelenting wave upon wave of sex scandals, incompetence and cover-ups are crashing over the boat that is fast taking on water. It appears the Barque of Peter may be sinking. Through it all, Jesus seems fast sleep—oblivious to our peril.

We pray. No answer. We cry out in panic, “Wake up, Lord! Do you not care we are drowning?” Not a little annoyed and very disappointed in our lack of faith, Jesus stands and, with a word, stills the waves, filling us with wonder: “What manner of man is this?”

Unfortunately, we are not yet at that point of calm after the storm. The winds are still rocking our sinking boat and Jesus still seems asleep. Yet this Gospel story has given encouragement and strength to generations of Christians to endure terrible trials while Jesus seemed absent or uncaring.

Several years ago, I volunteered as the on-call chaplain at Cabrini Medical Center in New York City. As with most ministry, the people usually inspired me with their faith, but one time was exceptional.

A man who had survived a heart attack was recuperating in the cardiac unit. I brought him Communion. He invited me to check out a beautiful book on his nightstand. It contained wonderful, glossy photographs of Michelangelo’s Pietà. Then I noticed the name of the photographer: Robert Hubka. The patient!

During subsequent visits he shared his story: how he had been deeply moved by seeing the Pietà at the 1964 World’s Fair in New York’s Flushing Meadows and had gotten extraordinary permission from the Vatican to photograph Michelangelo’s masterpiece close up and from every possible angle. On my last visit he told me, “Father, I used to be Jewish. I am a convert to Catholicism.” Then came his jaw-dropping bombshell: “I’m a Holocaust survivor.”

He spoke of that nightmarish time when Jews and others were rounded up in concentration camps for extermination. “It is not surprising that many who survived the camps came out as atheists,” he said. “After all, where was God while his Chosen People were being slaughtered? What’s remarkable is that despite all that, some survivors still believed in God.” Mr. Hubka was one of those who did not lose his faith, but he could not reconcile that faith with what had happened, and for almost 20 years he anguished over the silence, if not the absence, of God. And then he saw the Pietà.

“I felt peace in my heart for the first time in years,” he said. “I saw God there in Mary’s arms. God was there on the cross and he was there in the death camps. God suffers wherever people suffer. I had to become Catholic for such unspeakable suffering to make sense to me.” He spoke of the Gospel and Jesus as only one who experienced terrible evil and suffering could. For him God was not dead or absent or asleep. God remained ever present.

During the Bubonic plague, schisms, the Reformation, the French Revolution, the attack on Pearl Harbor, the bombing of Hiroshima, the Killing Fields of Cambodia, the genocide in Rwanda, 9/11, the seemingly endless wars in the Middle East, God remains with people in their suffering.

God is surely still with us, and his Church, in our current crisis. As with the apostles, what we need now is not fear, but faith. 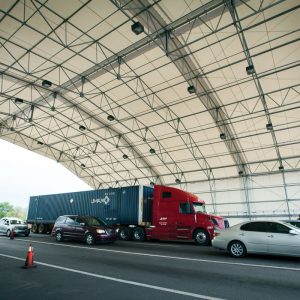 Maryknoll missioners urge people of faith to ask if the new trade agreement will improve life for all || From Cambodia...