My husband Rob and I and our family were living a comfortable life in southern California when our friend Chris Frey called to say, “Indonesia needs a Rob Richardson.” Indonesia had been devastated by a 9.1 earthquake and tsunami in December 2004. Chris was inviting Rob to join him working with Catholic Relief Services rebuilding that nation.

Questions crowded our minds: How would we transport our family of three boys, ages 9, 6 and 5, and 7-month-old baby girl through so many time zones? And what help could we possibly offer?

Despite our fears, deep in our hearts we knew this was something we had been called by God to do.

As the daughter of a U.S. Army officer, I had traveled the world with my family when I was growing up. While Rob spent most of his young life in one place, he also had a bit of wanderlust. We decided as a young married couple that living in other countries was important to us.

Our first overseas assignment was to Cairo, Egypt. We moved there with our 18-month-old son, Jared. Rob did engineering work for the U.S. government.

In Cairo our understanding of Christian mission deepened through Maryknoll Father Doug May. He was a pastoral associate at our Holy Family parish and baptized our second son, Zach. Father Doug’s faith and availability to all people showed us what discipleship means. And he encouraged others to live lives of service in the context of their own faith. 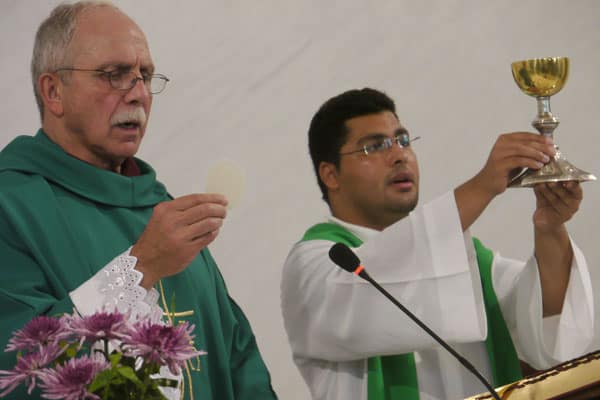 When Rob introduced Chris Frey, his co-worker, to Father Doug, the three became fast friends. Father Doug helped both of them, Rob, a Catholic, and Chris, a Lutheran, to realize that they have a mission to serve others, especially those in greatest need.

When the tsunami struck Indonesia, it was Father Doug who encouraged Chris to work with CRS, and Chris in turn called Rob.

So in 2006 we packed up our brood and moved to Indonesia. It was not easy there, especially when the electricity went out, the water stopped running in our cement-block corrugated metal-roofed house or when we were struck with dengue fever and malaria, despite our most valiant efforts to keep our kids healthy. We also worried we might shortchange them in our attempts to home school them. But we realized our hardships were nothing compared to those of the people we encountered, who didn’t have a home a year and a half after one of the worst natural disasters in history.

What a blessing it was that Rob was able to join countless other CRS workers building shelters, repaving roads, rebuilding schools and markets. CRS epitomized the same “love thy neighbor” spirit we saw in Father Doug. While the CRS workers helped rebuild an 80-year-old Catholic church, they rebuilt the local mosque first. I’m happy my family was a part of this all-embracing mission of mercy.

Now we are back in the United States, living in the suburban town of Pelham, N.Y., and our kids are thriving. Our oldest son is 22 and has his eyes on medical school. His two brothers and sister are well-adjusted teenagers and enjoying life with their youngest sibling, 11-year-old Sophia.

We continue to support Father Doug in his mission projects and give thanks that he was instrumental in calling us to mission.

Featured Image: On a visit to Tacoma, Wash., Karen and Rob Richardson posed with their family (left to right): Zach, Sabrina, Sophia, Kyle and Jared. (Courtesy of Richardson family/U.S.)

Karen Richardson
Karen Richardson is partner advisor for a software company. Her husband, Rob, is vice president of operations for a construction company

I Am Indeed Your Brother in Bangladesh 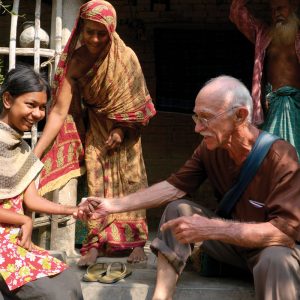 I Am Indeed Your Brother in Bangladesh

Father Bob McCahill shares stories of his life among 'Allah's poor' in Bangladesh || For over 40 years Maryknoll Father...

Jan 1, 2019
Copyright 2020 Maryknoll Fathers and Brothers. All Right Reserved.
Back to top