Like other Maryknollers before them, Fathers Peter Latouf and Daniel Kim spent their first year as priests studying the language and culture of the people they serve.

“I think the study is paying off,” Father Latouf says right after celebrating his first Mass in Cantonese. The congregation at the parish where he lives, St. Thomas the Apostle Church in Hong Kong, even understood his joke during the homily, he adds with a smile. 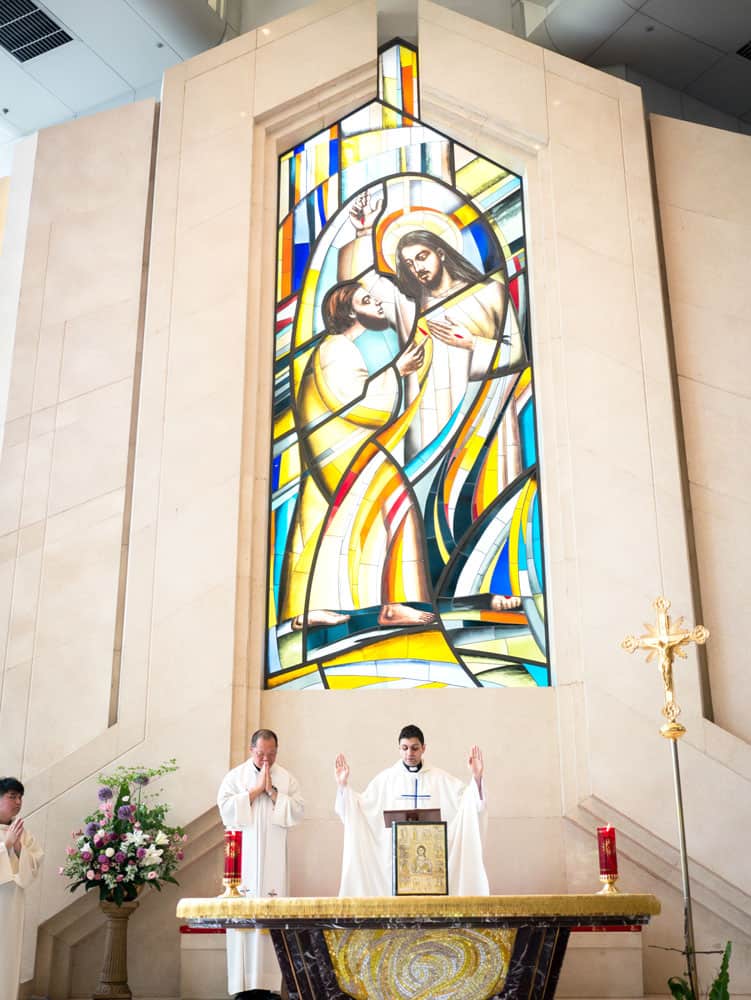 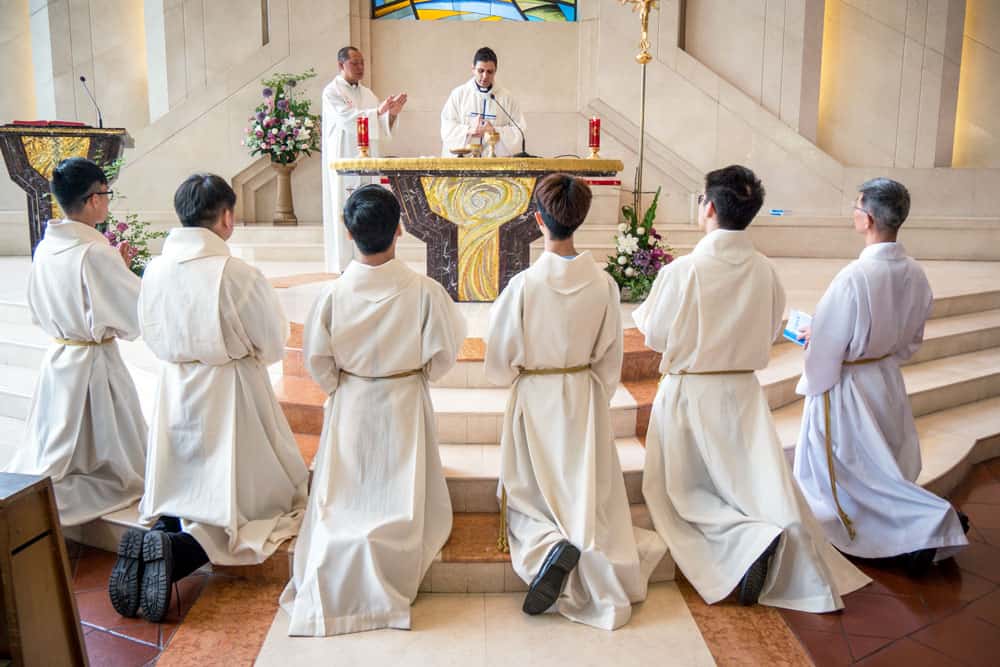 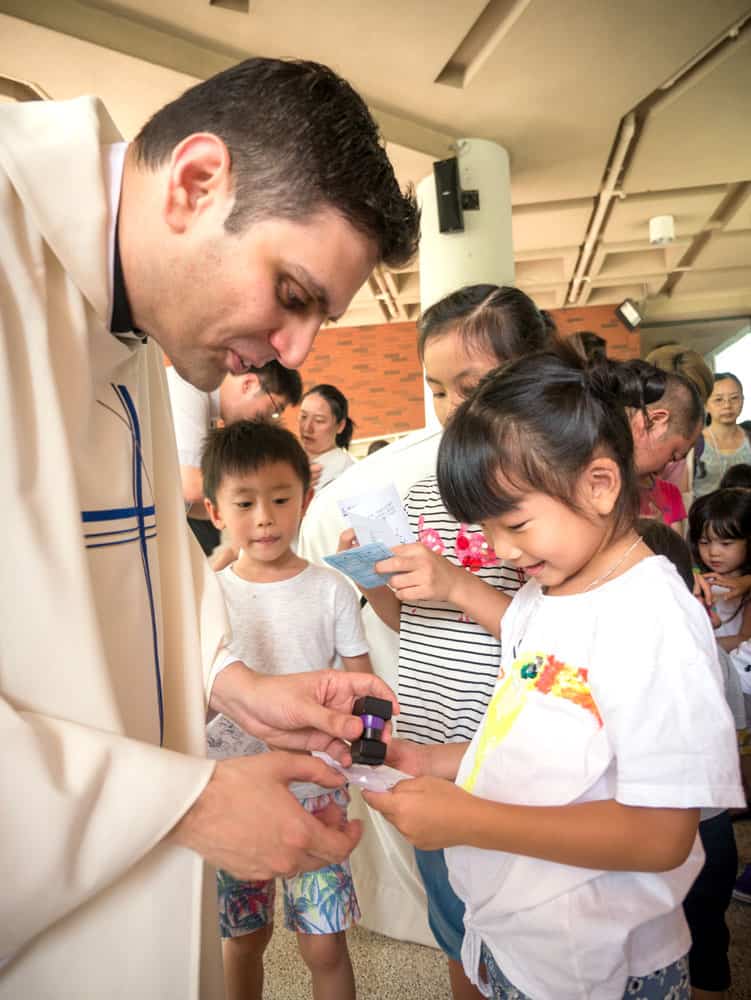 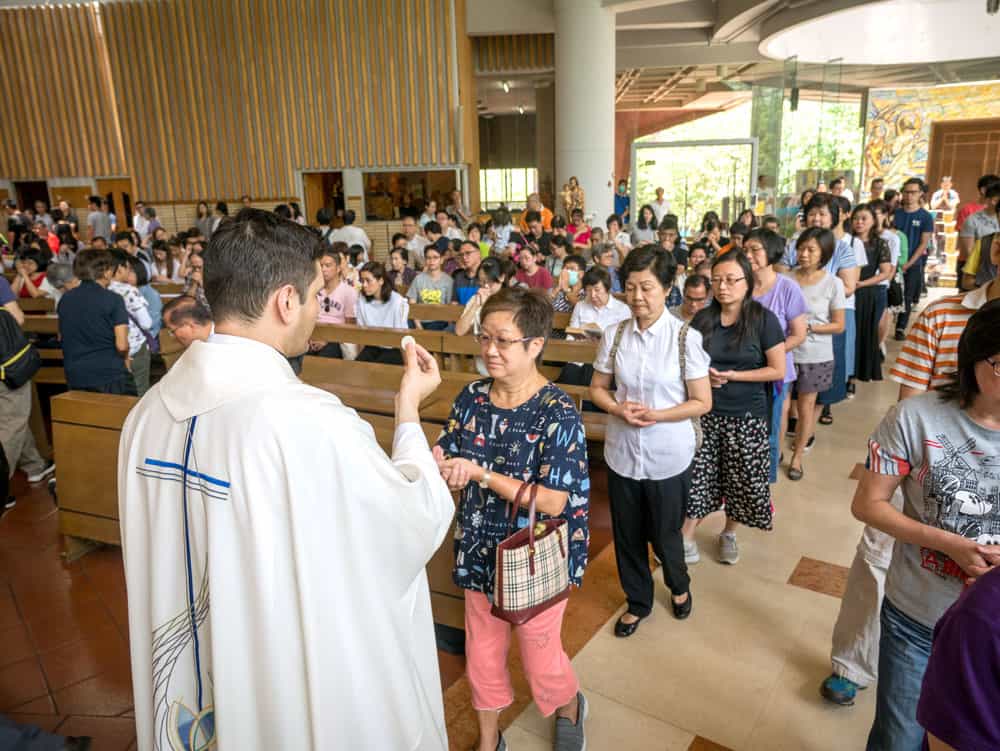 “During the week, my main ministry is studying,” Father Latouf, 34, says. “But being in a parish environment, I celebrate Masses in English and Cantonese and sometimes help out with English youth groups.”

Father Kim lives at St. Mary’s parish in Hong Kong’s Kowloon peninsula, where he celebrates two Masses for the English-speaking community, 95 percent of whom are Filipino. He is also getting involved in the life of the Church in Hong Kong.

“It’s a very dynamic diocese. There are a lot of young people involved (in the life of the Church),” says Father Kim, 36. “I have received invitations to give talks and retreats.”

But, like Father Latouf, his full-time responsibility is studying. “I’m waking up in a foreign land, a foreign culture and I don’t have a good command of the language yet, so as soon as I step out the door, it is a challenge,” says Father Kim. He says Cantonese is more challenging than the Mandarin he learned during overseas training because while Mandarin has four tones, Cantonese has as many as nine. 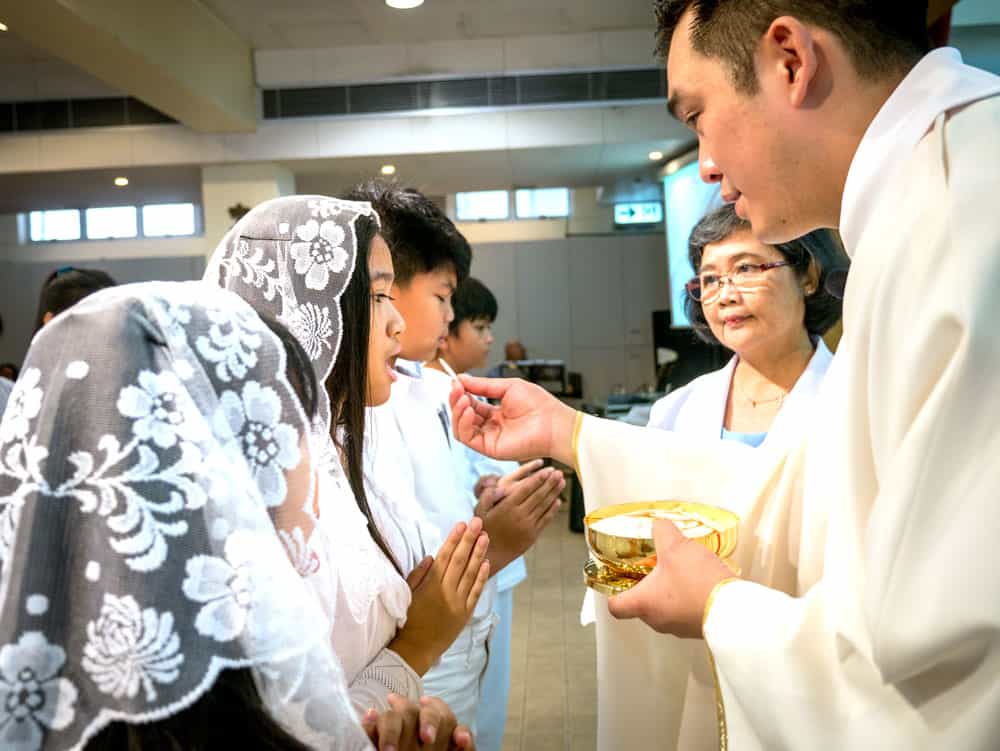 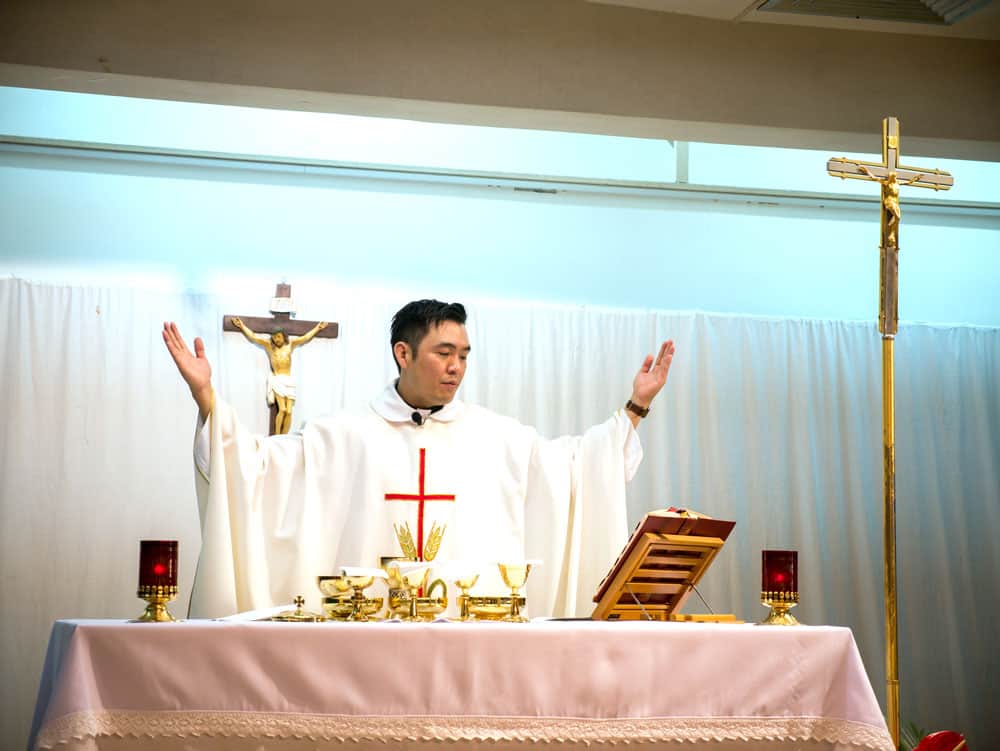 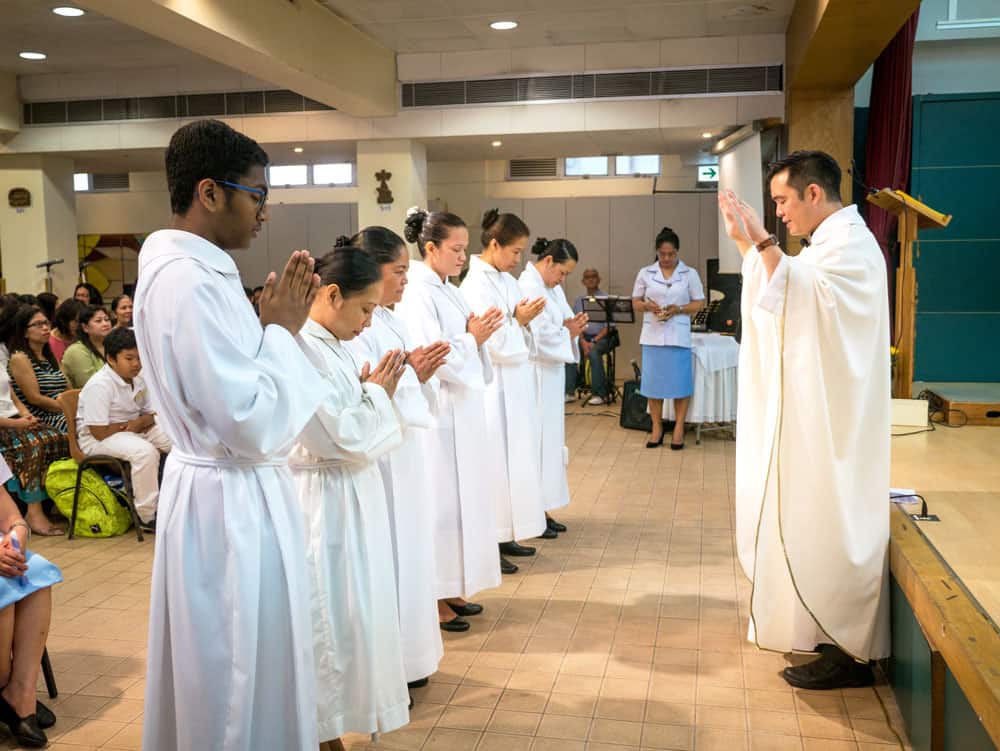 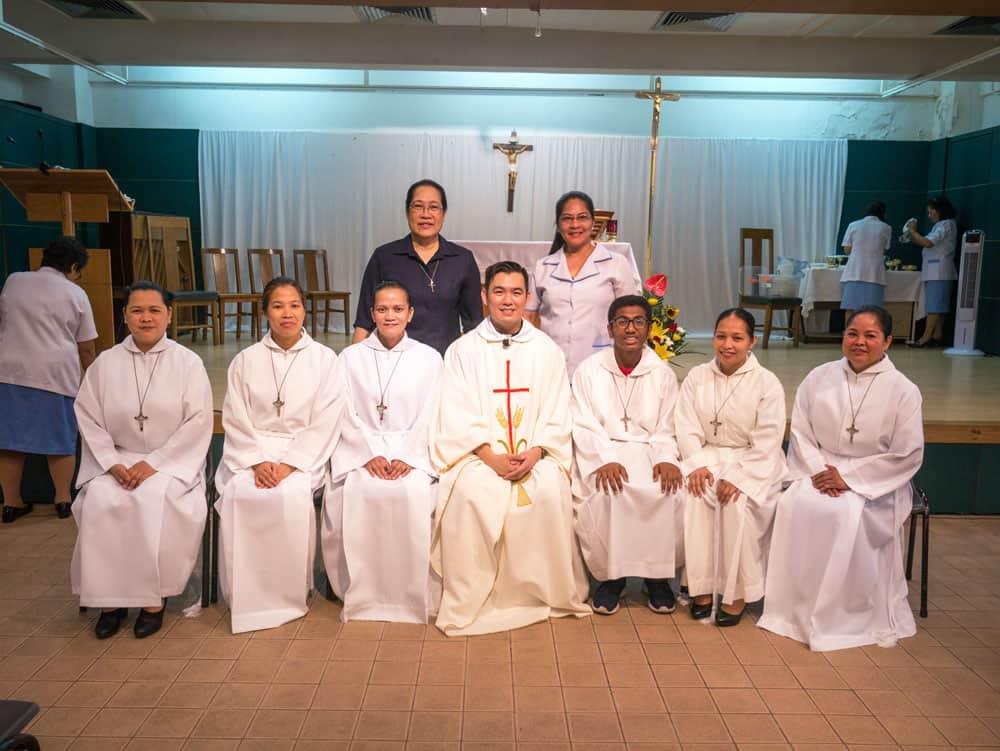 But the preparation is essential, as Saint John Paul II affirmed in his encyclical Redemptoris Missio. He pointed out that understanding and appreciating the country is part of missioners’ responsibility to be able to communicate effectively with those to whom they are sent. In getting immersed in the cultural mileu of the people, the pope said, missioners “must learn the language of the place in which they work, become familiar with the most important expressions of the local culture, and discover its values through direct experience.”

Father Latouf says he has been learning a lot from the people’s spirituality and sense of Church. “I had the opportunity to work with youth,” the missioner says. “It was inspiring to see their thirst for knowledge, and having the opportunity to share and engage in dialogue has been a great experience.”

Aware of the responsibilities of being a priest, Father Kim reminds himself to be aware of the workings of the Holy Spirit as he continues his studies and prayer life while already being involved in ministry. “I have to be the best I can be for the people of God,” he says, “because it is not my life; I am living in communion with those whom I serve and the greater Church.”

Father Latouf says he looks forward to mastering Cantonese to be able to better serve the people of Hong Kong and bring God’s compassion in the sacraments, but also to “animate others to do the missionary work as people of God.” 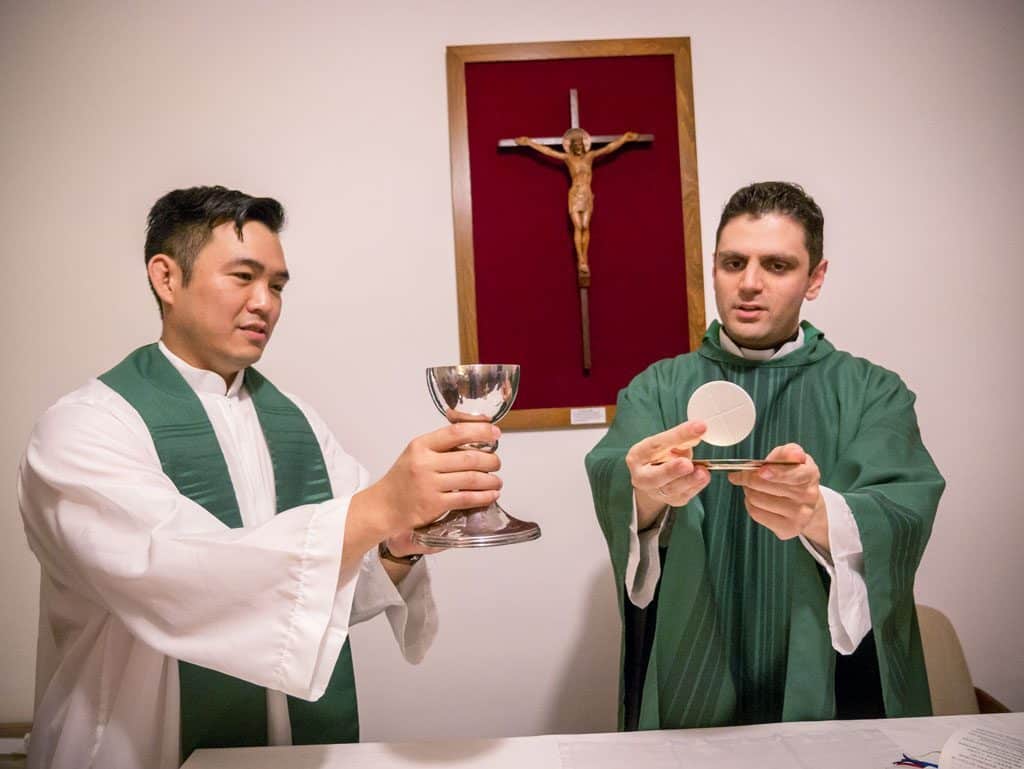 Learning the language of the heart in Taiwan 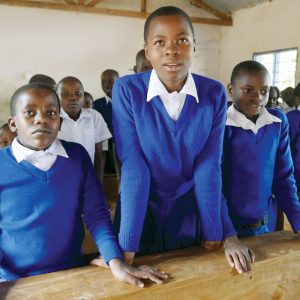 A Maryknoll sister in East Africa works to uplift at-risk students || At the Mmazami Primary School outside of Musoma,...