Healing Wounds One Story at a Time

One morning, a man wakes up, hugs his children and kisses his wife goodbye before walking to work. But, he does not come back home. His wife calls her husband’s job and hospitals and looks around the city. Finally, the family goes to the police. And then, they start an uncertain journey, fearing they will never see him again.

Maryknoll Sister Marya Zaborowski says the families of people like this man often struggle to find answers as they desperately search for their loved ones. “The government does not know who took him. You don’t know whether they were taken as a slave, they are being tortured or if they were killed,” says Sister Zaborowski. “These people … you cannot imagine what they have been subjected to.”

Once she started working for the Asian Human Rights Commission (AHRC), an independent non-governmental organization based in Hong Kong, Sister Zaborowski realized that the situation described above was an all-too-common reality. According to the UN Working Group on Enforced or Involuntary Disappearances, countries in Asia account for over 25,000 outstanding cases of disappearances, about half of the disappearances worldwide.

Enforced disappearances—which typically means the arrest, detention or abduction of a person by agents of the state, after which the person’s fate or whereabouts are concealed—and torture are two major issues AHRC works on. The organization promotes awareness about the need for human rights to be respected, and advocates for victims of human rights violations in 11 Asian countries, including Bangladesh, Indonesia and the Philippines.

Working as an editor at AHRC, Sister Zaborowski helps to shed light on issues like forced disappearances, as well as violence against women, extrajudicial killings, discrimination, food insecurity, prison conditions, and the plight of marginalized people. 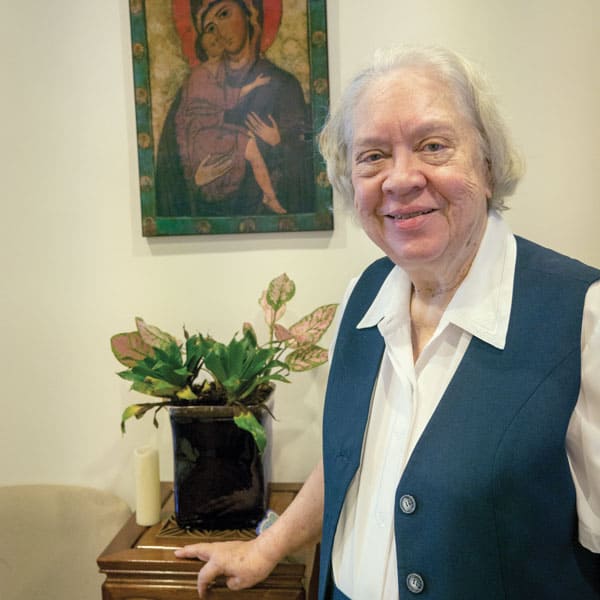 After 35 years in the field of medicine, Maryknoll Sister Marya Zaborowski began working as an editor for a human rights organization in Asia. (N. Sprague/Hong Kong)

Sister Zaborowski, 86, has served as a missioner in Hong Kong since 1965, ministering at Our Lady of Maryknoll Hospital as a nurse and an administrator, while teaching nursing students. The missioner, who grew up in Staten Island, N.Y., also served as health director for the Maryknoll Sisters Congregation before working as an AHRC editor and a volunteer teacher of religious education at St. Teresa’s Church.

She acknowledges that transitioning from 35 years in medicine to human rights was challenging. “The first three days, I felt overwhelmed,” she says, recalling her start at AHRC in 2007. “The torture impacted me … There is a pain in your heart and you cannot do anything about it. …So, what can you do? You can write about them and you can pray for them.”

Sister Zaborowski adds that her medical background helped her understand how human rights organizations can heal people who have suffered human rights violations. Producing documents about their experiences can help victims heal their spiritual and psychological wounds because they can share their testimonies and seek justice. “That would help them to gain back their lost happiness,” she said during a weekly broadcast of human rights news.

Basil Fernando, former executive director and current program director at AHRC, says corruption, along with weak justice systems, results in authorities beating up suspects to get a confession and often extorting money from them.

“Torture is a common phenomenon at every police station in most of the least developed countries in Asia,” he says. Fernando explains that even though the constitutions of many Asian countries guarantee human rights, systems of impunity deny people those rights. Like Sister Zaborowski, Fernando sees AHRC’s efforts to protect human rights as an apostolate “within which you bring the whole idea of respect for the human person.”

Since its founding in 1984, AHRC has documented abuses and helped victims tell their stories, heal and pursue justice in court. Sister Zaborowski says her co-workers, a team of 20 human rights experts, as well as interns and volunteers, handle violations at a grassroots level: getting victims a lawyer, accompanying relatives to court, advocating for justice for the victims through letters and appeals and supporting the families. “We try to enlist their help as much as possible,” she adds.

AHRC’s advocates help the victims send their complaints to relevant authorities at the local, national and U.N. level. “We are tending to the people, ordinary people. Nobody (else) is going to take up their cause,” she explains, because they don’t have the means for legal aid. “We can give them our expertise,” for them to know how to help themselves, she says.

AHRC’s reporting mechanism of urgent appeals has visible effects. Namal Fernando, an AHRC staff member from Sri Lanka, recalls a recent case of a Kashmir man living in Hong Kong who had fled violence in the disputed area between Pakistan and India. The Hong Kong government wanted to send him back, but AHRC’s urgent appeal explained that the man’s life was at risk. “They were waiting for him (in his homeland) and they would just have disappeared him,” Namal says. Thanks to the appeal, the government stopped its deportation procedure and the man was able to get refugee status. 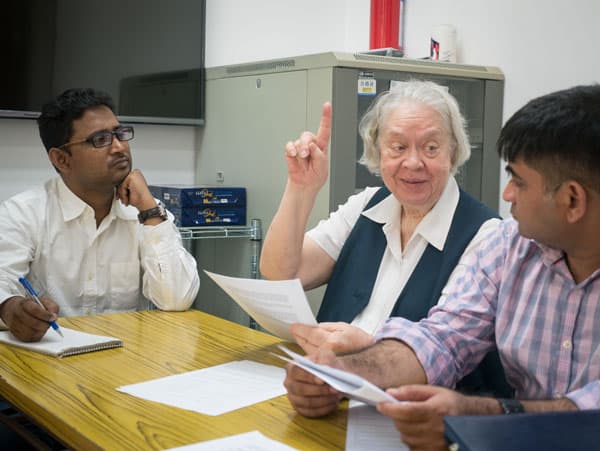 As an editor at the Asian Human Rights Commission in Hong Kong, Maryknoll Sister Marya Zaborowski confers with co-workers as they raise awareness of human rights violations and assist victims of abuse in Asia.

AHRC also publishes books and reports detailing the state of human rights in Asia and collaborates with other human rights defenders and civil society organizations. AHRC has educated hundreds of lawyers and activists on the principles of fair trial and the rule of law. Reports show that 75 cases the organization addressed have been taken up to the supreme court of their respective countries with favorable results.

But there is much more to do, says Basil Fernando. He believes re-engineering the justice system in countries where violations take place is key. “People demand that their human rights are respected by their governments, not by words, but by genuine improvement of the public institutions,” Fernando wrote. “They want justice to be something real, tangible and accessible.”

The stories of victims and survivors help to raise awareness and lead to change, says Sister Zaborowski. By sharing the voices of those in need of protection and healing, AHRC enables survivors of human rights violations and human rights defenders to help other victims, she adds.

“I pray that people become more conscious of human rights and how they are denigrated within societies,” she says. “Ordinary people are being oppressed by unjust systems. I see (our work) as mission to people who really need a helping hand.”

Featured Image: Woman pays tribute at the Monument for the Disappeared honoring those disappeared in Sri Lanka during civil war in the 1980s. (Dushiyanthini Kanagasabapathipillai/Sri Lanka)

A New Lease on Life High Up in the Andes 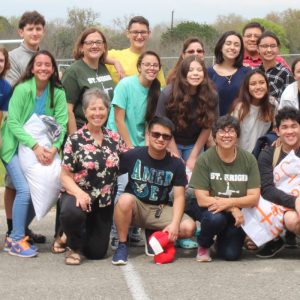